Kerala government may have suppressed data regarding true number of deaths in 2021 for political reasons, say experts 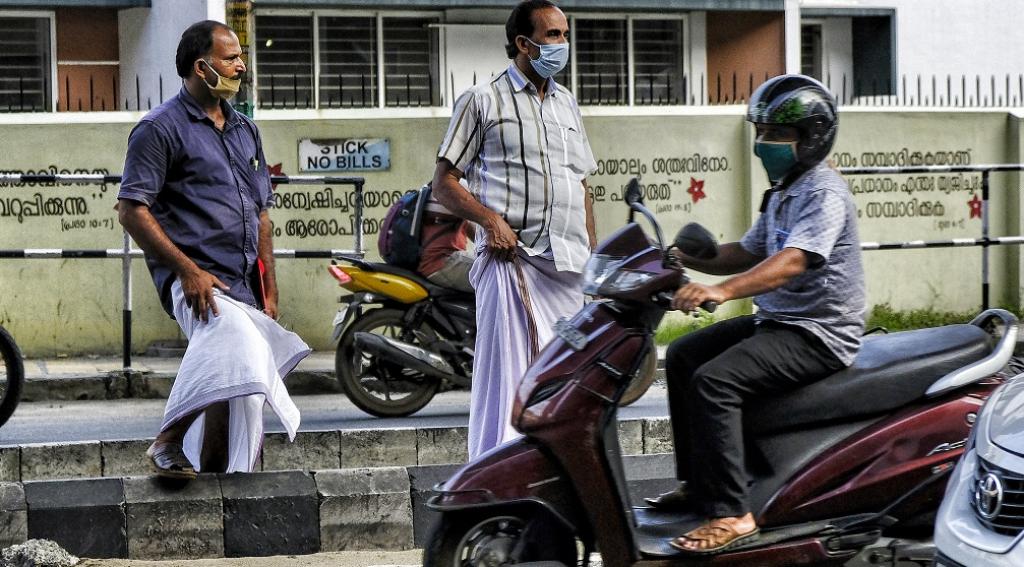 Kerala, hailed as an exemplar of management during the first phase of the novel coronavirus disease (COVID-19) pandemic, is under the spotlight as the state government has acknowledged additional, underreported deaths that took place in 2021.

The new data proves that Kerala is second only to Maharashtra in the number of COVID-19 related deaths.

The state added 18,542 deaths to its total COVID-19 fatalities in November and December last year. This figure constitutes about 38 per cent of the total deaths the state witnessed. Kerala’s total COVID-19 deaths now number 49,116.

The state government decided to include hundreds of ‘backlog deaths’ in the list of COVID-19 fatalities last October, according to health department sources.

Officials said a total of 14,763 deaths were added to the list in accordance with appeals filed by relatives of those who died last year but failed to find a mention in the list due to different reasons.

The state was forced to expand the list with backlog deaths in response to a Supreme Court order.

The order had directed states to provide ex gratia assistance to families of victims based on Indian Council of Medical Research and Union government guidelines about reporting COVID-19 deaths.

Reporting COVID-19 deaths became an online process in the state only by June 18, 2021. It was a task entrusted to district medical offices before that.

Many COVID-19 related deaths remained underreported due to lapses and the lackadaisical attitude of health department officials.

The earlier practice of district medical offices collating the number of COVID-19 deaths omitted those patients who got discharged from hospitals after testing negative but died due to COVID-19 related complications, Palakkad-based public health activist N M Arun said.

The Supreme Court issued the order October 4, 2021. It directed authorities that any person who had died within a month of testing positive, should be considered as having died due to COVID-19.

Arun, who conducted a detailed study on COVID-19 deaths in Kerala, also cited clerical errors as a reason for underreporting of deaths.

“Any clerical error in details regarding one’s birth or address noted on their Aadhar card will prevent the entry of the death in the COVID-19 list. The state government had treated such omissions as a blessing in disguise to tell the world that it had a meagre mortality rate,” he told this reporter.

At least 10,000 more deaths would be added to the list after appeals in this regard were made during the last phase of approval, according to the COVID-19 death information system of Kerala.

The fatality rate in Kerala now stands at 0.93 per cent. Earlier, it was hardly 0.56 per cent. Though the state has the second-highest fatalities in terms of absolute numbers, its case fatality rate (CFR) remains below the national average of 1.3 per cent.

“These additional deaths have turned into a huge challenge for the Kerala model. Kerala can no longer claim it has the lowest mortality rate in India. Larger states like Andhra Pradesh, Odisha and Rajasthan have lower death rates when compared with Kerala,” Rijo John, a health economist with Rajagiri College of Social Sciences in Kochi, told this reporter.

Only now, the world was getting an accurate picture of the COVID-19 situation in Kerala, he said.

There were political reasons to show the mortality rate as being low, Arun said. The ruling coalition wanted to project it as an achievement during the last Assembly election.

Adding the old cases to the list now and ensuring their compensation would also benefit the government, he added.

Both Arun and Rijo said the list of COVID-19 deaths still requires improvement as most entries lack the date of deaths, age, gender, comorbidities, vaccination status, etc. They want all such data to be brought into the public domain.

There has been a massive jump in the CFR in Idukki, Kollam, Kottayam, and Pathanamthitta districts. Idukki’s case-fatality rate increased by four times to 0.62 per cent December 31, from 0.15 per cent June 16, 2021.

Kollam saw an over three-fold increase during the same period. Many cases remain unreported in Malappuram as its CFR is 0.63 per cent. CFR is 1.02 per cent in Palakkad and 0.99 per cent in Thrissur.

The World Health Organization has stated that governmental agencies must not be shamed or discouraged from reporting deaths due to COVID-19.

He added that the allegation that the Kerala government was not declaring all COVID-19 deaths or including all COVID-positive persons in its official list of deaths existed right from the initial days of the pandemic.

The state health department was never ready to offer a clear explanation for the inconsistencies that appeared in the death reports, especially gaps in data and the unusual disparities in COVID-19 mortality rate between districts.

Kerala’s massive backlog of deaths reveals inadequacies in the recording and reporting mechanism of the state, Arun said.

Rijo said Keralites failed to get a clear picture of the ground reality in the pandemic’s initial days due to the obstinacy of authorities for deliberately not declaring the deaths.

Clinicians could have helped develop more focussed strategies if the authorities were more transparent about data sharing and transparency, Arun said.

Kerala has reported an average of 5,000 new cases daily since the first week of January. Over 40 per cent of new cases are being reported from among fully vaccinated individuals.

Hardly seven per cent of the patients are approaching hospitals, with approximately 1.6 per cent getting admitted in oxygen beds and 1.4 per cent in intensive care units.

Over 62 per cent of those above 18 years in Kerala have been fully vaccinated.