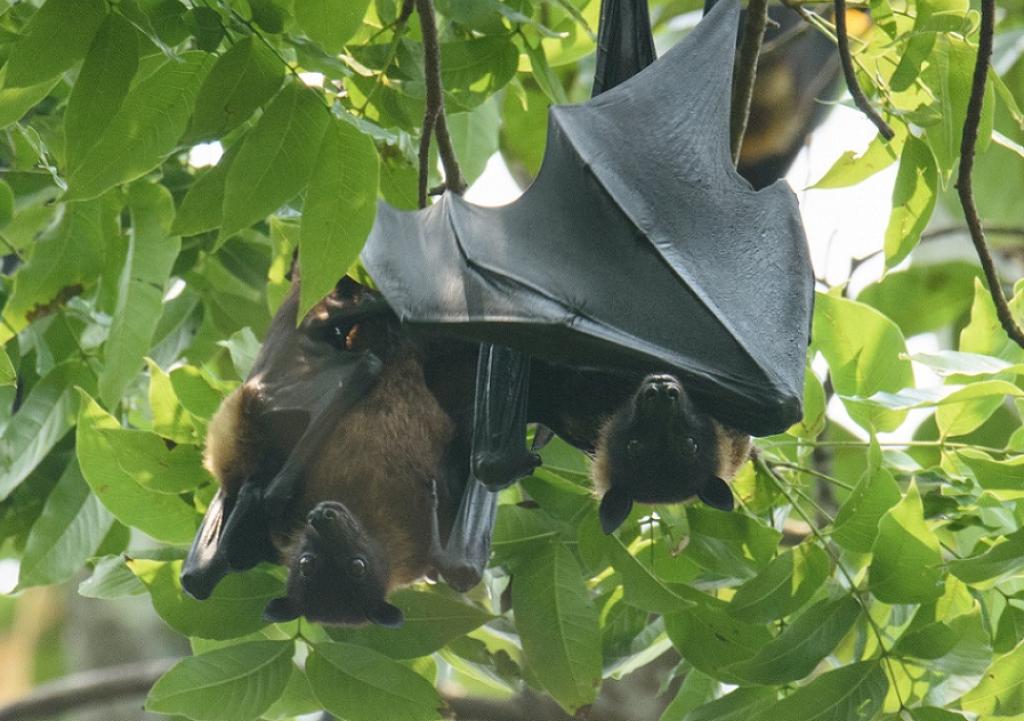 The Kerala government has confirmed that the latest victim of the Nipah virus in the state got infected by eating fruits bitten by flying foxes. Photo: Wikimedia Commons

The deadly Nipah virus resurfaced in Kerala’s Kozhikode district September 5, 2021, while the state was reeling under a daily increase of more than 30,000 cases of the novel coronavirus disease (COVID-19). The victim was a 12-year-old boy, a resident of Chathamangalam village, some 24 kilometres from Kozhikode city.

This is the fifth time the zoonotic virus has been detected in India and the third in Kerala. The state government has since traced those who had been in touch with the victim and quarantined them. But as the shock of Nipah resurfacing again seeps in, experts have told this reporter that Kerala never eradicated the virus, but only ‘contained’ it.

“The issue is largely the interpretation of the words ‘tackling’ and ‘containing’. We had just contained the virus but not eradicated it,” Amar J Fettle, public health expert and Kerala’s nodal officer for viral diseases, said.

He added that such viruses might remain inactive for long durations but stay safe in their carrier animals and resurface whenever those animals come in close contact with people.

“In the future, we must be prepared to face Nipah outbreaks in new localities. Everything depends on the movement of carrier animals and the exposure of humans,” Fettle said.

Kerala’s Health Minister Veena George agreed. “It is true that we contained the Nipah outbreak of 2018. But that doesn’t mean the virus would remain inactive for long. Experts have told me to expect similar challenges in the future as well,” she told this reporter.

Usually, the transmission of the virus happens when humans directly contact the carrier animal or consume contaminated food. Experts have also told me that there is no meaning in the argument that two or more viral outbreaks would not happen at the same time.

The Chathamangalam victim showed symptoms of encephalitis and myocarditis — inflammation of the brain and heart muscles, respectively.

He was undergoing treatment at a local private hospital. The samples collected from the boy sent to the National Institute of Virology (NIV) in Pune confirmed the presence of the Nipah virus.

George said her department had confirmed that the 12-year-old boy had got the virus from the rambutan fruits he had eaten in his village.

A colony of fruit bats had also been spotted close to his house. The minister said the department had concluded that the fruit bats were the carriers of the virus and the child got infected from the rambutan fruits the bats might have bitten.

Unlike other parts of Kerala, Kozhikode has many colonies of fruit bats of the family Pteropodidae — commonly known as the ‘flying fox’ — which are natural carriers of Nipah. The species was found to be carriers of the Nipah virus in both Malaysia and Bangladesh earlier.

Nipah first surfaced in India in West Bengal’s Siliguri city in February 2001. Seventeen years later, it killed 17 people in Perambra, 30 kilometres from Chathamangalam, where the latest victim hailed from.

The Nipah outbreak began in Perambra May 19, 2018, but the state government contained and declared it over by June 10 in the same year.

However, a new case of Nipah was reported from Kerala’s commercial capital Kochi in June 2019, but the sole patient, a 23-year-old student, later recovered.

Seethu Ponnu Thampi, who was part of the efforts in 2018 to contain the Nipah virus, said the situation in Kerala today was far better and containing the virus would not be a monumental task.

“When the Perambra outbreak happened, no infection control system was in place and it was a difficult task to convince people about isolation, contact tracing, quarantine and PPE kits,” she said.

But doctors and health workers were now following COVID-19 health protocols and wearing masks and gloves in addition to PPE kits.

So, the chances of human-to-human transmission would be very less. “In 2018, the bigger challenge was the spread of the disease among doctors, nurses and health workers who engaged in the war against the virus,” Thampi said.

Public health experts TS Anish and TN Suresh also believe that the risk of transmission would be significantly less this time, unlike in the past.

“Unlike other viruses, Nipah is normally confined to small clusters or areas. Through methods like intensive contact tracing and quarantining of primary contacts, the health department has already achieved effective control,” Arun said.

However, the latest Nipah incident has exposed lapses on the part of the state government in dealing with such a challenge.

The Centre had issued a directive to evolve a mechanism for heightened surveillance of the Nipah virus’ presence in bats and other animals after the second instance of infection in Kerala in 2019.

Despite this, the state government was unable to put one in place to identify hotspots by monitoring infection dynamics in bat populations.

Experts believe close monitoring of the ecology, migration patterns and possible human interface of fruit bats from the Pteropodidae family are necessary to address the Nipah challenge effectively in future.

The Union health ministry had issued its directive after the NIV in Pune identified anti-Nipah lgG antibodies in 12 of 36 Pteropus fruit bats. These had been collected from Idukki and Thrissur following the Nipah infection of May-June 2019.

During the 2018 outbreak in Kozhikode, samples from 52 Pteropus bats were collected, of which ten had tested positive for the virus strain in RT-PCR testing.

According to forest veterinarian Arun Zachariah, long-term surveillance programmes were needed to look into infection dynamics in bats, including virus shedding.

Such an effort would help prevent the Nipah virus jumping from bats to humans, he said. Zachariah said the identification of bat roosts with virus presence and increased vigilance and awareness about it at the community level should be accorded prominence.

This was especially so given that the Nipah infection had become a near-annual event in Kerala.

According to Mohanan Kunnummal, vice-chancellor of Kerala University of Health Sciences, diseases like Nipah, Ebola, and to some extent, COVID-19 have alerted the medical community to their zoonotic dimensions.

These diseases have highlighted the importance of comprehensive surveillance and efforts are now underway to undertake such an initiative on a large scale across the state, he said.