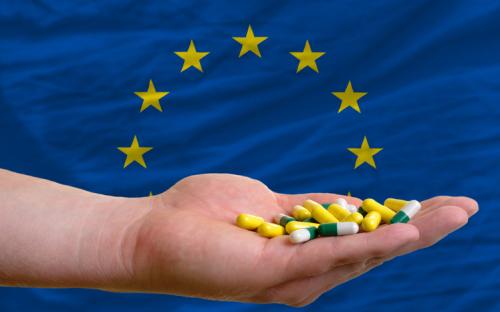 On the occasion of 9th European Antibiotic Awareness Day on November 18, the European Centre for Disease Prevention and Control (ECDC) released some alarming data on antibiotic resistance. The data presented from across the European Union (EU) says that the last line of antibiotics—carbapenems and polymixins (eg. Colistin)—failed to treat an increasing number of patients. Carbapenems and polymixins are antibiotics that are used to treat diseases when no other antibiotic works. Last line of antibiotics rendered ineffective is a strong warning sign showing that options for treating human diseases are limited.

Vytenis Andriukaitis, European Commissioner for Health and Food Safety said, “Antibiotic resistance is one of the most pressing public health issues of our time. If we don’t tackle it, we can go back to a time when even the simplest medical operations were not possible, and organ transplants, cancer chemotherapy or intensive care even less so.” He added, “The European Commission will launch a new Action Plan next year so that we can, together with our partners in the EU Member States and internationally, continue to ensure that the prevention and control of antibiotic resistance is strengthened within a one-health approach."

What are the levels of antibiotic resistance in the EU?

For most bacteria-antibiotic group combinations reported, antibiotic resistance percentages showed variation across the EU—they were higher for south and the south-eastern region. Antimicrobial resistance from across Europe is reported to the European Antimicrobial Resistance Surveillance Network (EARS-Net).

The Global Action Plan to combat Antimicrobial Resistance (AMR) endorsed by the World Health Assembly in May 2015, highlights the need for monitoring antibiotic consumption and antibiotic resistance in both humans and food-producing animals. Member states of the World Health Organization (WHO) are to submit national action plans to combat AMR by May 2017.

Antibiotic surveillance is India is conducted by the National Centre for Disease Control, under the Ministry of Health and Family Welfare. The surveillance is limited to humans and the data is collected from only 10 laboratories across the country. It is for us to see how the component of surveillance is incorporated into the national action plan which is to be submitted by India next year.