Left to starve: How COVID-19 is hitting India’s children 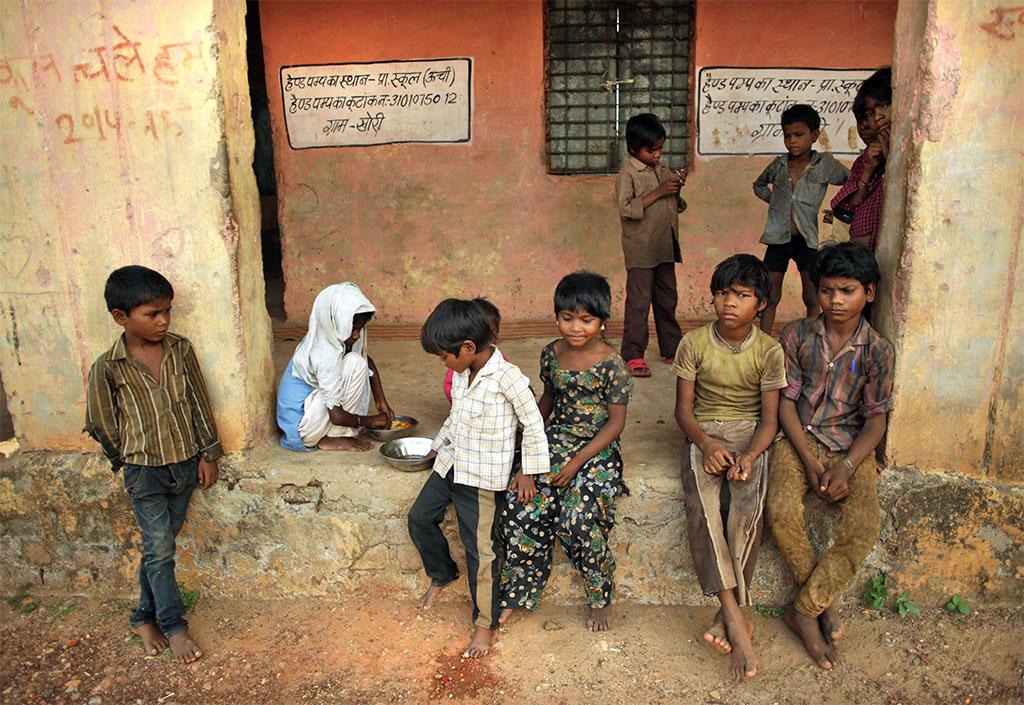 Anganwadis in most states have stopped operating since April (Pphotograph: Srikant Chaudhary)

Nearly half of India’s children are already undernourished and the country’s handling of the novel coronavirus disease (COVID-19) pandemic is expected to push many more to malnutrition.

“Anganwadis have not provided food to children since April, when the centres were either converted into quarantine centres or closed down due to the pandemic,” says Sundari Tirki, general secretary of Anganwadi Karmchari Sabha in Jharkhand.

She adds that for many children, the food served at anganwadi centres is the only nutritious and filling meal of the day. Yet the lockdown has meant that none of the women self-help groups responsible for running these rural child care centres have served food in the past five months.

The damage such disruptions can cause is scary. It can, for example, make millions of children malnourished, says a paper published in the Journal of Global Health Science. In Jharkhand alone, 0.35 million children can become severely malnourished and another 0.36 million underweight, warns the paper, Living on the edge? Sensitivity of child undernutrition prevalence to bodyweight shocks in the context of the 2020 national lockdown strategy in India.

The worry does not end there. Another 0.5 million children in Jharkhand can become wasted and 0.4 million severe wasted. A child is wasted when s / he has low weight for height. It is triggered either by poor diet or infectious diseases like diarrhoea. Underweight is defined as low weight-for-age. A child who is underweight may be stunted, wasted or both.

The study has a similar prediction for the rest of the country. It warns the food shock, defined as the disruption in nutritious food due to the lockdown, would be worst felt in Bihar, Uttar Pradesh and Madhya Pradesh.

“They have the highest child population base along with high levels of poverty head count ratio, maternal mortality, infant mortality and low coverage of public health and nutrition services,” warn the researchers. 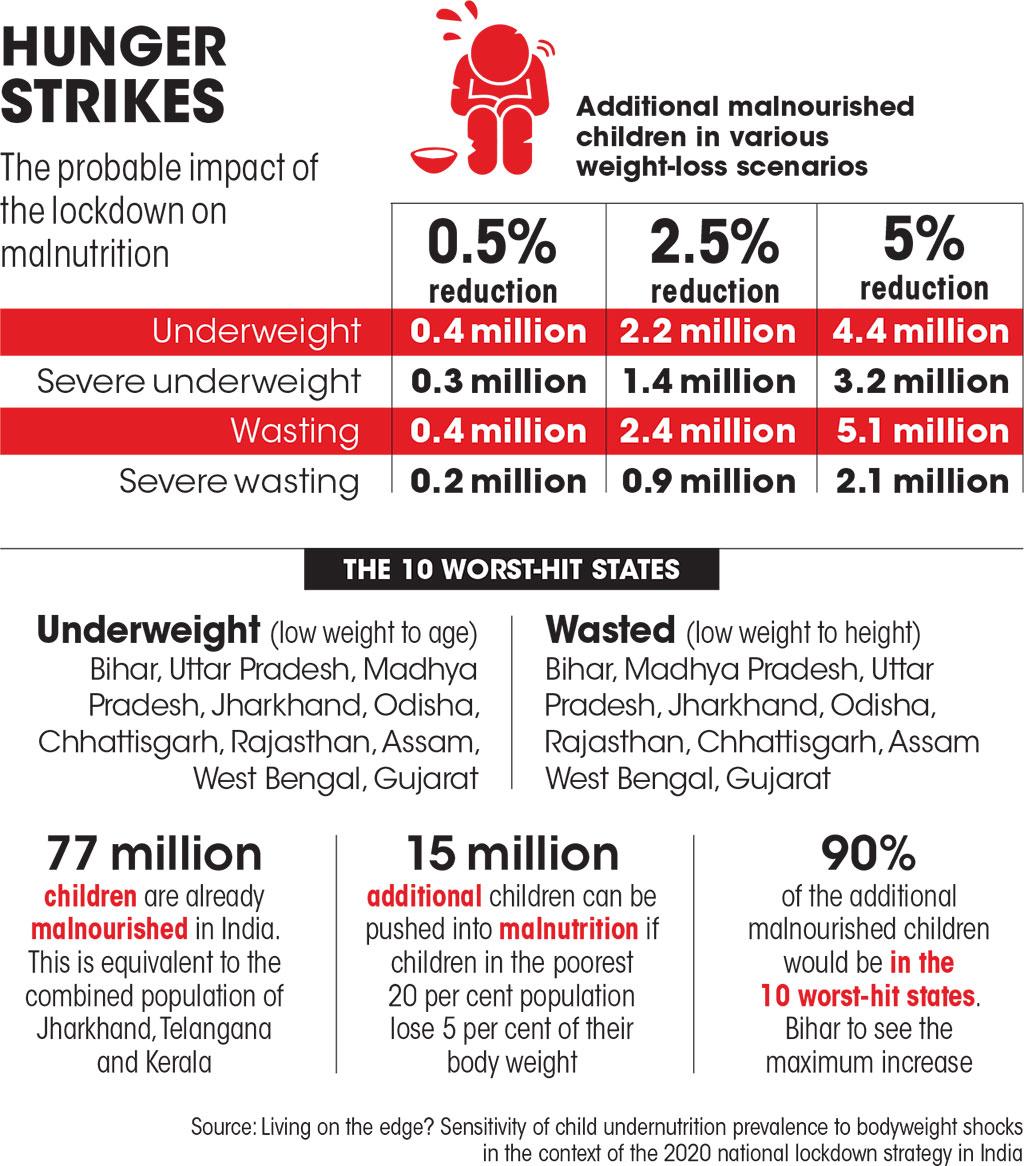 The three states can record over five million new malnourished children due to the lockdown. Every second child in India is already malnourished, suggests the latest National Family Health Survey (NFHS) of 2015-16, which is the basis for the study.

It means roughly 77 million children — which is the combined population of Jharkhand, Telangana and Kerala — are undernourished in the country. Using this data, the researchers have ascertained the additional children population that will become malnourished in three distinct scenarios — if children lose 0.5 per cent, 2.5 per cent and 5 per cent of their weight during the lockdown.

The researchers explain the numbers by saying that a high concentration of children in the country are already around the undernutrition threshold, and any minor shock to nutritional health of the children can have major implications. Given the challenge in the current scenario, the paper says it is “critical to ensure an uninterrupted supply of nutritious meals and food supplements to the poor children while arresting the infection spread”.

It concludes that it is still a conservative estimate and these minor shocks can lead to large and devastating effects on nutritional health of India.

This was first published in the 1-15 September, 2020 edition of Down To Earth