Long-term impacts of lead exposure have finally been revealed 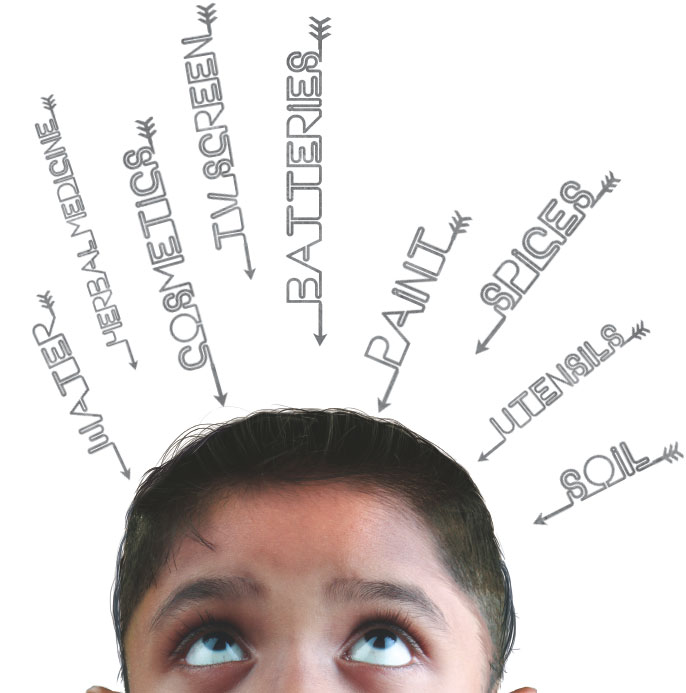 Though the health impacts of exposure to lead were first reported in the 1970s, a new study, published in JAMA on March 28, has established the long-term effects—it can not only reduce IQ levels, but also lower socio-economic status.

Lead is a cumulative toxicant that affects multiple body systems and is particularly harmful to young children, according to the World Health Organization (WHO). It affects the brain, liver, kidney and bones. It is stored in the teeth and bones, where it accumulates over time and is released with age.

The researchers used data from the Dunedin Multidisciplinary Health and Development Study, an investigation of health and behaviour of children born between April 1972 and March 1973 in Dunedin, New Zealand. At that time, New Zealand was using gasoline which had high levels of lead. In 1983, when the children were 11 years old, the researchers measured the level of lead in the blood of 565 of the children, and found that all children had high levels of lead, irrespective of their socio-economic status.

The results show that blood-lead levels above the historic international level of concern (>10 microgrammes lead per decilitre of blood or µg/dL), resulted in reduction of adult IQ scores by 4.25 points when compared to that of their less exposed peers. Also, for each 5µg/dL increase in childhood blood-lead level, there was a 1.61 point decline in IQ.

“We found that childhood lead exposure was related to cognitive decline to midlife and with downward socio-economic mobility,” Aaron Reuben, lead author of the study told Down To Earth. He is a research student with the department of psychology and neu-roscience at Duke University, USA. It was ob-served that each 1 point decrease in IQ test scores translated to $200 to 600 less income per year. “We found there are long-term implications for a child’s life trajectory, regard-less of where they started out in life. This suggests that public responses to lead exposure events should take a long-term perspective,” says Reuben.

“We all believed that when lead was banned from petrol, the problem was solved. But studies had not followed up the lead-exposed individuals into midlife,” says Terrie Moffitt, senior author of the study, and associate director of the Dunedin Multidisciplinary Health and Development Research. That’s why the study assumes significance. For developed countries, polluted sites must be cleaned up, and those doing up an old house and stripping old paint must take extra care, say the researchers.

For instance, in North America, old industrial cities have many crumbling factories, which are now leaking lead into the rivers and water systems. As a result, new cases of children with high lead levels have become a health concern. “Regardless of where you began in life, lead is going to exert a downward pull,” says Avshalom Caspi, co-author of the study. The research team plans to continue following the cohort to see if childhood lead exposure is associated with other negative outcomes as they age.

A window into India

The findings have grave consequences for countries where lead is still pervasive in the environment. In May 2016, an interactive map developed by the New York University School of Medicine found that lead exposure costs India US $236 billion annually. Leaded gasoline was phased out in India in 2000, and efforts are on to limit the levels of lead in paints too. But in 2015, Metropolis Health-care, a Mumbai-based pathology major, re-ported that of the 733 blood samples it analysed, 23.47 per cent tested positive for lead. While they did not give the levels of lead in blood, a study published in The Indian Journal of Pediatrics in 2013 showed that 12 per cent of the 300 children tested in Delhi had lead levels in their blood more than 0.10 µg/dL—the then reference value for blood lead levels.

A study published in Environ Toxicol in 2010 showed that the average levels among 200 children between the age of 3-12 years in Lucknow were 9.3 µg/dL (range: 1.0-27.9 µg/dL). Seventy-four children (37 per cent) had levels above 10 µg/dL. The continued presence of lead is worrisome as it points to multiple sources of lead. It would be useful to figure out where this lead is coming from. Sources include soil and dust lead (the result of use of leaded petrol in the past), air lead from industrial sources, batteries, water coming from lead pipes, food contamination from spices and utensils, herbal medicines and cosmetics. Experts suggest a national population-based study to determine the prevalence of elevated levels of lead in blood.

Satish Sinha, associate director, Toxics Link, a Delhi-based non-profit, says though with every ban on a source of lead, there is a perceptible decrease in levels of lead in the blood, it would be difficult to remove lead from all the products as this would not be commercially viable. “We are already trying to remove mercury from our lives but we cannot do this with every metal,” he says. However, we need to be careful on how we use products that have lead, and that includes everyday items like batteries and TV screens, adds Sinha.

Regulation is difficult, as the paint story revealed. The Bureau of Indian Standards (BIS) has recommended paint makers to keep the lead content under 90 parts per million, but the Central Pollution Control Board (CPCB) has allowed the sale of old paint stocks for another two years after the CPCB norms, which are yet to be finalised, come into force.

That’s why this landmark study should force policymakers to devise and enforce regulation, as the findings establish the poor later-life outcomes for exposed individuals and communities.

The story has been taken from the 16-30 April, 2017 issue of Down To Earth magazine under the headline 'Real potent life of lead'