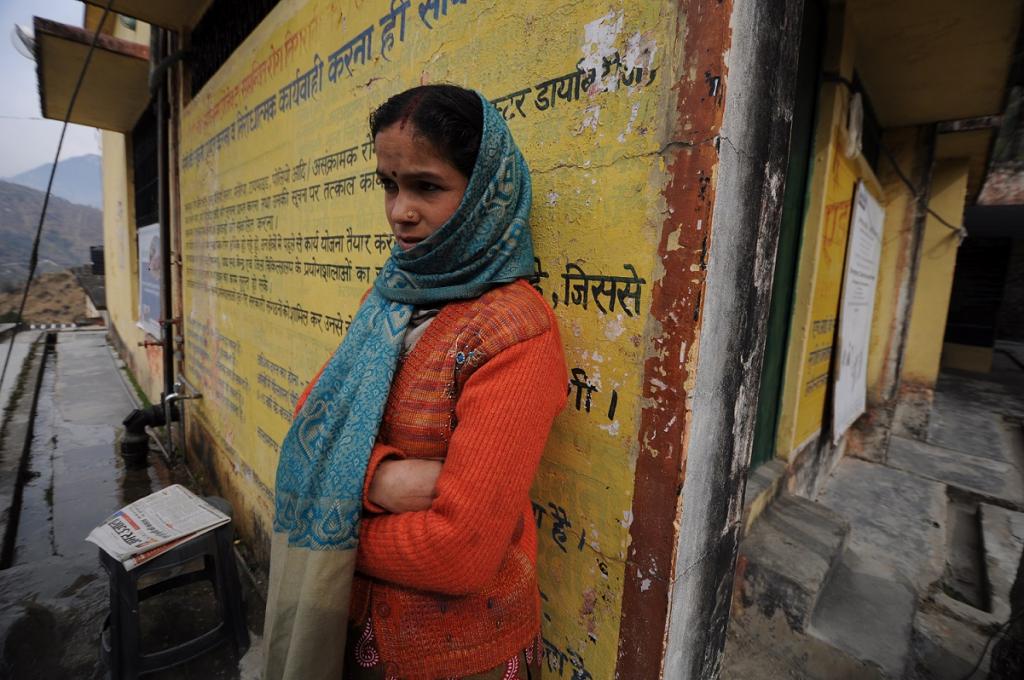 About 44,000 women in India die each year due to complications arising during childbirth. Credit: Sayontoni Pal Chaudhuri / CSE

Despite improvements in the quality of care during labour and delivery, checklists and coaching interventions failed to reduce maternal and neonatal deaths during childbirth, shows a study published on December 14 in the New England Journal of Medicine.

The study was conducted in 2017 across 24 districts in 60 pairs of public health facilities in Uttar Pradesh. The effects of the BetterBirth programme, an eight month coaching-based implementation of the WHO Safe Childbirth Checklist, was studied on outcomes, such as perinatal death, maternal death, or maternal severe complications within seven days after delivery.

The study found that birth attendants’ adherence to essential birth practices was higher in facilities that used the coaching-based WHO Safe Childbirth Checklist programme than in those which did not. However, maternal and perinatal mortality and maternal morbidity did not differ significantly between the two groups.

“These results are important because they show that major improvements in the quality of childbirth are possible,” said senior co-author Vishwajeet Kumar, who is also executive director of the Lucknow-based Community Empowerment Lab, which works on maternal and infant health initiatives. He added that they should build on this progress and work on the missing links because a checklist cannot be a substitute for other critical components of the health system.

Centre for Catalyzing Change (CCC), a not-for profit, which works on improving maternal mortality rates in India, has emphasised the need for greater investment in programmes that improve maternal and reproductive health.

Statistics from the World Health Organization (WHO) found that in 2017, approximately 830 women died every single day due to complications during pregnancy or childbirth and only 78 per cent of births were in the presence of a skilled birth attendant.

India contributes to 15 per cent of the global maternal death toll. About 44, 000 Indian women die each year due to complications arising during childbirth. About 70 per cent of these can be prevented. Over 80 per cent of maternal deaths in India, as elsewhere in the world, are due to six medical causes, including haemorrhage, eclampsia, obstructed labour, sepsis, unsafe abortion and pre-existing conditions, such as anemia and malaria.

What are the causes?

Deepa Jha, who has been working on this issue for the past decade with CCC, said, “Early marriage has serious repercussions as girls are more likely to become pregnant at a younger and riskier age.”

The National Family Health Survey 2015-16 (NFHS-4) corroborated that more than one quarter (27 percent) of women were married before 18 years. The corresponding figure was higher in rural (32 per cent) than urban areas (17.5 per cent). Young mothers in India contribute 45 per cent of the maternal mortality (15-25 years).

There are other contributing factors, such as poor health and nutrition, lack of physical access to healthcare (including transportation and finance), medical causes and socio-cultural factors that obstruct and underplay the importance of healthcare for women.

What is the government response?

The government, under the National Health Mission (NHM), has taken a number of steps to prevent maternal mortality. A cadre of female health activists called ASHA has been placed in each village to increase access to maternal care. Under the Janani Suraksha Yojana, institutional delivery is promoted by integrating cash assistance with delivery and post-delivery care. The Janani–Shishu Suraksha Karyakram (JSSK) provides free services to pregnant women, including normal and caesarean deliveries and for sick new borns.

The Union Health Ministry has identified 184 high priority districts (HPD) where it will pump more funds and resources to improve health care facilities. The high priority districts (HPDs) were decided based on their poor indicators. The government started ambulance services such as the Janani Express and 109/8 services to address the challenges of transportation and reaching health facilities on time.

Despite all these measures, the Maternal Mortality Rate (MMR) remains high. “To bring down maternal deaths, what is needed is more accountability around implementation of policies, ensuring that good quality health services is made universally available, that steps are taken to address anaemia, and at the same time address social evils like child marriage,” said Jha.

What can be done to prevent these deaths?

“It is particularly important that all births are attended by skilled health professionals, as timely management and treatment can make the difference between life and death,” said Jha. She said that women and their families mentioned that in the public facilities they often are faced with non-availability and negligence of staff.

She also emphasised the need to strengthen the healthcare system access to the full range of health interventions across the complete continuum of care from pre-pregnancy to early childhood and beyond. “Non-functional medical equipment and inadequate supply of medicines are some of the other major lacunas,” she added.