Money will not be a problem for Modicare: CEO, Ayushman Bharat

Indu Bhushan, CEO of Ayushman Bharat says government is trying to put systems in place which can help in spending money effectively 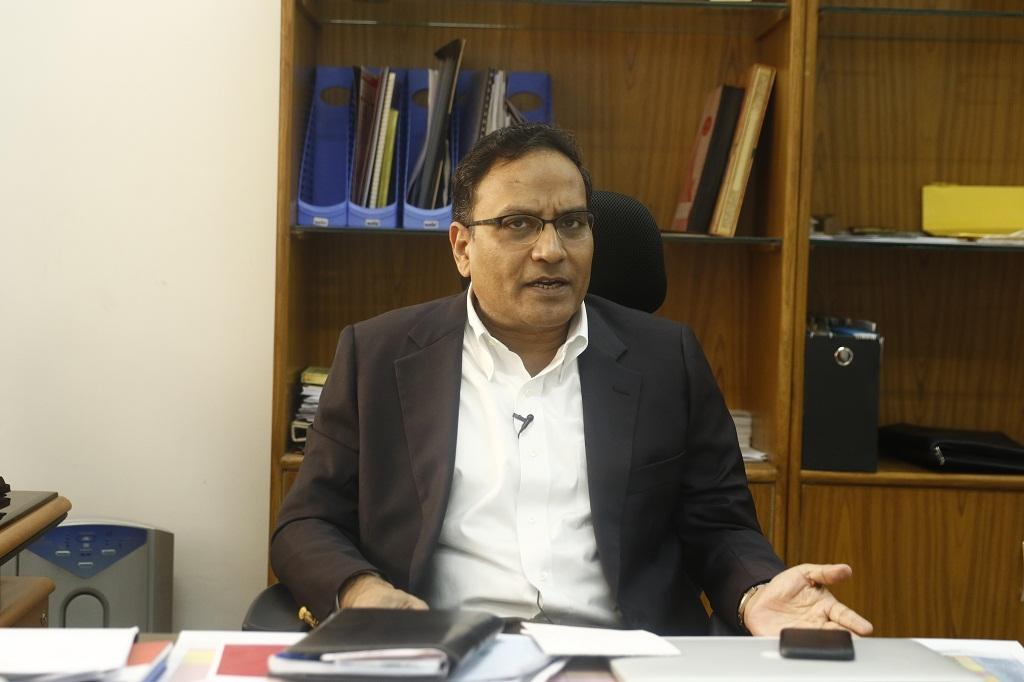 On the 72nd Independence Day, Prime Minister Narendra Modi announced the rollout of the National Health Protection Mission. To be launched on September 25, Modicare will offer Rs 5 lakh per family per year as insurance sum to more than 50 crore people.

CEO of the Ayushman Bharat National Health Protection Mission (AB-NHPM), Indu Bhushan says that 28 states and UTs are on board and have signed the MoU. Adding that the scheme is big, hence will take some time to launch, Bhushan said, "Most states have already started the process by either engaging the insurance company or establishing the trust."

Kundan Pandey talked to Bhushan about the problems AB-NHPM is likely to face.

Corruption and malpractices in such schemes are well known and there are many examples to show monitoring come at a cost. Experts say that Obamacare takes 40 per cent of resource only for monitoring. How India is planning to control this?

Honorable prime minister is also very keen to ensure all the checks and balances so that we can prevent or at least minimise the corruption, malpractices, odd and abuse in the scheme. Due to corruption, fraud, malpractice, abuse large proportion of resources are wasted. Internationally, eight to ten per cent resources are going away because of fraud and abuse. We have put lots of checks and balances for the scheme which will help us tracing malpractices. Like some packages are reserved only for public sector hospitals. The main purpose of doing that is to prevent fraud. As the scheme become more mature, we will lift that condition and slowly increase the role of private sector. But we will first wait and watch how the scheme is going.

States across India have their own successful health insurance schemes. Yet, people bear huge out of pocket expenditure. How will Ayushman Bharat help in this front?

Although the Indian Medical Association (IMA) has agreed to participate in the programme, they are saying it is impractical to provide quality care at such a low cost. They are still waiting for the proposed final meeting on this.

There is a lot of confusion over the premium. While Kerala says that the premium offered under Ayushman Bharat scheme is equal to the state insurance programme (RSBY) which offers Rs 60,000, Rajasthan government will have to increase the premium manifold as per insurance company. Do you think insurance companies will participate given the amount you are offering?

We have not decided any premium in the beginning because we do not know what the price discovery will be. In different states, we expect the premium to be different. For example, Nagaland has already gone for tender and the premium is Rs 444 which is much lower than what you are quoting. We will take a call on national level of premium once we see the discovered premium across the country.

Many states have not even properly implemented Rashtriya Swasthya Bima Yojana, which was offering much less amount. Can those states benefit from AB-NHPM?

It is correct that RSBY was not successful in all states. So we have to analyse what the reasons. One of the reasons was that we tried to enforce the same scheme without any flexibility for states. Here we have learnt from that past experience.

In this scheme, we have provided more flexibility going by the capacity and need of states. We are focusing on those states which have poor capacity or don’t have earlier experience of implementing any schemes. For those states, we are going to provide strengthening capacity through some project management units so that they can implement it more successfully this time.

There are different claims about the money required to implement such a big scheme. While government estimates amount to Rs 10,000 crore, other estimates say it may require Rs 40,000 crore. In comparison to allocation, do you not think the programme will face hurdle in future?

No, this is a flagship scheme of the Prime Minister. We have been told very clearly that money will not be a problem or budgetary resource will never be a problem. Constrain is not money but the capacity to spend the money effectively and we are looking at the system which can help in spending the money in a right manner.

We spend about one per cent of GDP for health which is very low compared to international standards but still we cannot spend that money. Since absorptive capacity is missing, we are trying to build that.

The big constraint is the capacity of inexperienced states like Bihar that have no schemes. We need to strengthen their capacity. We need to put people in place, strengthen capacity of their hospitals, empanel more hospitals, select and train Ayushman Mitra, ensure monitoring systems to know how the money is being used.