Monkeypox cases in non-endemic countries cross 1,000 mark in a month. What this means 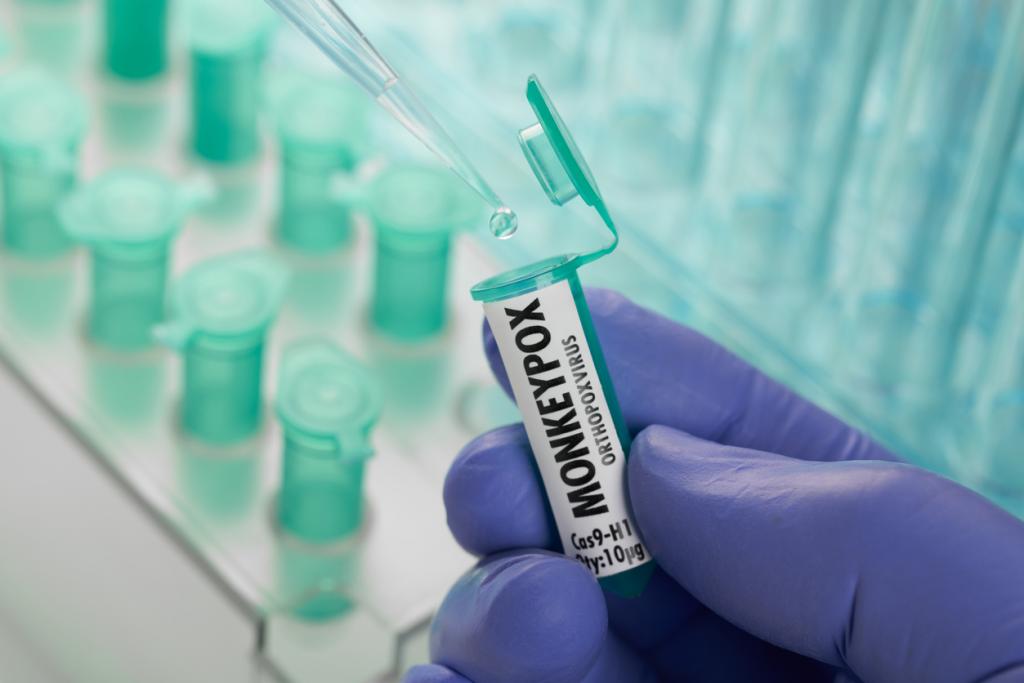 The recent atypical emergence of monkeypox in non-endemic countries is worrying and while it has not established itself there, the risk of it is very real, the World Health Organization (WHO) noted.

In the endemic countries, however, some 72 people have died of monkeypox (including suspected cases) this year alone, according to the United Nations health agency. The eight African countries where the diseases is endemic have recorded 59 confirmed and 1,536 suspected cases so far.

WHO expects the caseload to increase with ramped-up surveillance efforts. The global public health risk has been classified as ‘moderate’ but the body refrained from stating if it has pandemic potential.

WHO noted in a June 10 update:

The sudden and unexpected appearance of monkeypox simultaneously in several regions without direct immediate travel links to areas that have long experienced monkeypox, suggests that there may have been undetected transmission for several weeks or longer.

Over two years of sporadic lockdowns, social distancing and mask mandates have changed life as we know it — not just of humans, but also emerging diseases. Experts believe there’s good reason to expect predictable diseases to behave out of the ordinary, like rearing up in unexpected areas and different populations. The ongoing monkeypox outbreak, the most geographically widespread in 50 years, is a prime example.

That most cases have no travel history to endemic countries has experts worried. While the virus has been detected in prairie dogs in the US in 2003 — where it didn’t become endemic — no evidence of a zoonotic event outside Africa behind the current surge has emerged.

Isabella Eckerle, a professor at the Geneva Centre for Emerging Viral Diseases, believes this puts the spotlight on an uncharacteristic trait — longer transmission chains between humans. “In Africa, cases are usually a result of new spillover from animals to humans,” she said.

Early indications establish epidemiological links to some events in Europe, and cases continue to circulate within that network. But how the virus spread in those networks is unclear.

The outbreak likely began after a zoonotic event in west Africa, probably Nigeria, argued Paul Hunter, professor in virology at the University of East Anglia's School of Medicine.

Monkeypox is a very stable virus so if an animal reservoir is established outside Africa, we will never be able to get rid of it.

Monkeys and rodents are known reservoirs of the virus, but the full spectrum of host animal is unclear, she added. “Monkeypox is in a very different ecosystem now, but we are still in a good position to prevent this from becoming endemic.”

The virus also appears to have gotten into some particular social networks — men who have sex with men. “This seems to be a major driver of the spread outside Africa, such contacts have never been identified as a major route of transmission in endemic countries,” James O Lloyd-Smith, professor of ecology and evolutionary biology at the University of California, Los Angeles, told Down To Earth (DTE).

The virus has been detected in the semen in some cases in Italy but that is not enough evidence to suggest sexual transmission, argued David Heymann, former head of WHO’s emergencies department.

The WHO has approved only one monkeypox-specific vaccine (MVA-BN) and treatment (tecovirimat) in 2019 and 2022 respectively. Neither of these are widely available. However, studies found the smallpox vaccine is 85 per cent effective against monkeypox.

But vaccination against smallpox was discontinued after the disease was eradicated in 1980, making a large chunk of today’s population immunologically naive, reports have shown.

WHO has suggested vaccinating close contacts of monkeypox patients with locally available monkeypox or smallpox vaccines. Stockpiles are expected in Western countries, but exact numbers of doses are not known.

“Companies that produce vaccines can do only limited quantities and there’s no major production,” Heymann told DTE.

European countries like Germany, Denmark and Spain are stocking up on the vaccines while the United Kingdom and France have started offering it, according to media reports. North American countries like the United States and Canada are considering releasing some doses.

WHO also has pledges of some 31 million doses by donor countries “for use in time of international need upon request by WHO”.

Monkeypox is unlikely to have a similar vaccine strategy as COVID-19, experts said. Maria Van Kerkhove, WHO’s leading epidemiologist on zoonotic diseases, stated May 23 that it’s key to reserve smallpox vaccines for the vulnerable population since their availability is low and not everyone needs it.

“We will probably need to conduct ring vaccination — inoculating contacts of those infected. As from that, nothing more could or should be done for now,” Heymann said.

Hunter concurred, stating that there is virtually no chance that we would want to vaccinate the entire population against monkeypox. “If I could envisage a situation where ring vaccination isn't able to bring the outbreak under control, then we can consider vaccinating a wider risk group,” he said.

A lot of factors that will inform our vaccine and treatment strategies going forward remain unanswered. Heymann underlines the same: “Does asymptomatic infection occur? If so, is it infectious? What is the course of illness for those who are immunocompromised?”

The atypical monkeypox outbreak has highlighted concerns about emerging diseases behaving abnormally. Cases of unseasonal respiratory syncytial virus (RSV) have been reported from Australia, while reports reveal the flu season in US peaked after March for the first time in 10 years.

“Most years, we see one or two new cases of emerging infectious diseases. But habitat loss, climate change effects and the illegal wildlife trade increase the risk for such outbreaks,” Hunter said.

Many factors related to globalisation and climate change could potentially be driving this unprecedented outbreak, Brian Wahl, an epidemiologist with the Johns Hopkins Bloomberg School of Public Health, told DTE.

These factors will almost certainly lead to outbreaks of other emerging or re-emerging diseases, he added. “Coming out of the pandemic, we should recognise the impact of surveillance systems and timely response.”

Eckerle and Hunter believe diseases such as hantavirus, Japanese encephalitis, mosquito-related viruses such as west nile virus, dengue, chikungunya and other poxviruses could go the same route as monkeypox. “Surveillance and better study of these viruses before they cause outbreaks is critical,” Eckerle said.