Mysterious maladies: The enduring battle of autoimmune patients against information gap amid COVID-19 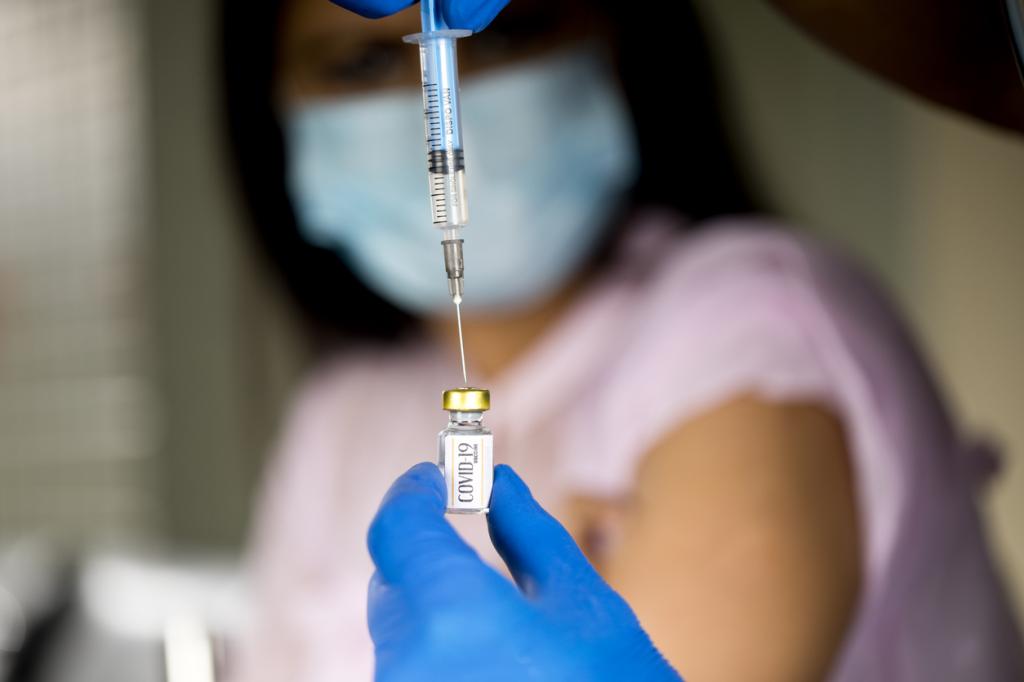 The two years of medical uncertainties wrought by the novel coronavirus disease (COVID-19) pandemic has been particularly excruciating for people living with autoimmune conditions.

Not much is known about the over 80 diseases in this class other than the suddenness of their onset, the painful symptoms and the numerous dangers of the most popular line of treatment — steroids that suppress the immune system.

The general idea is clear, at least among doctors, patients and caregivers: Antibodies that are supposed to fight off infections, mistakenly start attacking the body’s own cells.

In the first year of the pandemic, many with the condition discontinued immunosuppressants out of fear of becoming more vulnerable to the unfamiliar contagion. Dr Uma Kumar, professor and head of rheumatology at the All India Institute of Medical Sciences (AIIMS), was a witness to the dangers of such uninformed choices during the pandemic.

Half of her patients stopped medication over the one year the clinic was shut due to lockdowns, she shared. “Around 90 per cent of them came back with a relapse of the conditions or aggravated symptoms.”

In 2021, several healthy individuals developed autoimmune diseases after getting vaccinated.

Shobita Doshi (name changed), a 32-year-old freelance designer in Ahmedabad, had several bouts of bloody diarrhoea weeks after receiving the first dose of Covishield, the most popular vaccine candidate in India, in May. She also shed weight at an unprecedented rate.

Following the second dose on July 29, her symptoms worsened. In August, she was diagnosed with ulcerative colitis, a condition in which the body’s immune cells attack the large intestine.

Before the day her ailment was detected, she had not heard of this group of illnesses. And the doctor who finally identified her condition, prescribed a medicine but didn’t tell her much else beyond “be safer” and “stick to mineral water”.

In the next four months, constantly scouring through online testimonials by people across the world and experimenting with every kind of food regime, she figured out a diet that would not make her sick.

Her life had changed overnight. She said:

I am paranoid about every meal. I carry my own food to every invitation. It is frustrating not because it is time-consuming but because it is in stark contrast to my life before the onset of the disease.

Losing control over her body came with an emotional burden Doshi wasn’t prepared for. She had to let go of several design assignments since the doctor advised her to “not take stress”.

The worst part, she said, was explaining her condition to relatives and friends who had never heard of it and were not sensitive in trying to understand it. “My weight-loss was visible and I was inundated with questions everywhere I went.”

She learnt from ‘an online blog’ that arthritis can set in as her disease progresses. “I love travelling but I realise I may have to give up every activity I enjoy because of the disease.” She is trying to make the best use of her time till her disease is in remission.

The pandemic has widened this information gap and did more damage than the virus could.

Vaccine hesitancy was also not uncommon as patient’s couldn’t ascertain if getting immunised would mean strengthening the enemy – the local antibodies. A little less than half of Kumar’s patients on the day DTE spoke to her were not fully vaccinated.

The researchers also isolated autoantibodies that attack crucial components of the immune system, weakening defense against COVID-19 and leading to long-COVID.

Some patients who didn’t have autoantibodies at the time of hospitalisation were found to have developed some during the course of the infection, according to the study.

The most worrisome are the cases of healthy individuals such as Doshi who developed autoimmune diseases after contracting COVID-19 or getting inoculated.

A 36-year-old male patient in Delhi got mild COVID-19 in April, during India’s deadly second wave, said Dr Kumar. A week after recovering in May, he developed joint and muscle pain. On investigation, Dr Kumar found that he also has dryness of the yes and mouth and was diagnosed with Sjögren's syndrome, a disease in which antibodies attack cells that produce tears and saliva.

Nine other of Kumar’s patients also had no autoimmune conditions before contracting COVID-19.

Several cases of healthy individuals developing autoimmune diseases after getting one or both doses of Covishield, the most popular vaccine candidate in India, have also been reported. The onset was within days of being inoculated in most patients Down to Earth spoke.

Kolkata-based engineer Anumita Tarafdar (name changed), 29, observed mouth sores and blood clots on her lower legs around a week after she received her second Covishield jab on October 20, 2021. They disappeared without medication in a day or two.

On November 17, she was admitted to the intensive critical care unit at a private hospital in the city as her platelet count fell from the normal 250,000 to 10,000. That morning, she developed sores in her inner lips and patches of clots on her calf and lower legs. By afternoon, these spots started bleeding and a routine blood count revealed her abysmal platelet count.

A resident doctor ran tests and diagnosed her with autoimmune thrombocytopenia, a condition in which autoimmune cells destroy platelets. The doctor linked the condition with the vaccine doses and shared that her case isn’t the first.

Tarafdar’s case agonised her all the more because since 2011, she had battled another autoimmune disease and the condition was reversed three years ago.

The previous disease, autoimmune haemolytic anaemia, had changed her body beyond recognition and the steroids exposed her to a host of infections. She would refrain from stepping out of her home unless absolutely required till the treatment — one of the several she experimented with — worked.

“This time, mercifully, I have been put on steroid-sparing medication that I have to take lifelong,” she said. Each tablet costs Rs 300.

A woman in her early 20s from Jaipur was also diagnosed by Dr Kumar with lupus nephritis, a condition in which the immune cells attack the kidney, after vaccination. She complained of mild-grade fever, frothy urine and swelling of eyes 15 days after her second Covishield dose, Kumar shared. “It is a difficult disease to treat.”

The vaccine also has led to a flare up of symptoms in patients who had the condition under control. Anita Suchak, a septuagenarian living in Mumbai with autoimmune fibromyalgia, didn't experience any manifestation of the disease throughout 2020. “I felt fit enough to go on long treks throughout January 2021,” she said.

But two days after taking the first dose of Covishield in February, the pains and fevers associated with her condition returned with more severity. They worsened after the second dose.

Exasperated, she confided in her friend, an orthopaedic, in August when the painful symptoms had not subsided. He informed her that he has observed several similar cases of relapse after vaccination.

The other thing about autoimmune diseases that has been established by a growing body of research is that it is on the rise.

The number of people with antinuclear antibodies (ANA), the most common biomarker of autoimmunity, increased to 41 million in 2011-2012 from 22 million in 1988-1991, according to a study done on people over 12 years of age living in the United States.

This not only indicates an increase in the prevalence of this class of diseases but also a future explosion, the report by the National Institute of Environmental Health Sciences published in Nature journal April 2020 stated.

The most worrying trend was seen among adolescents, according to the researchers. “Young people, aged 12-19, had the largest ANA increases in the study, going from a two-fold to a three-fold increase over the three timeframes.”

The number of reported cases have gone up 2.5 times globally, said Dr Kumar.

There are several theories with varying degrees of evidence for this growth. The genetic and environmental factors are the most discernible.

Air pollution, in particular, was found to have a direct correlation with the volume of ANA present in an individual, according to a study by Dr Kumar and her colleagues published September 2020.

The researchers screened 500 people living in Delhi for 10 years and found that people living within 200 metres from the main road had higher levels of ANA and rheumatoid factors than those living over 250 m away. Distance from the road was used as a proxy for exposure to traffic pollution.

“PM2.5 alters the healthy cells lining the airways, preventing them from being altered as self cells by antibodies,” Dr Kumar explained. Thus, autoantibodies form against those changed body proteins, she added.

The number of cases have also gone up because of higher awareness and better reporting, Dr Kumar said, adding that such campaigns will also help dispel unfounded fears against medication and vaccination amid the pandemic.