The sub-variant was detected July 8 from Shanghai’s financial district, Pudong; health authorities maintain the case is linked with another overseas case 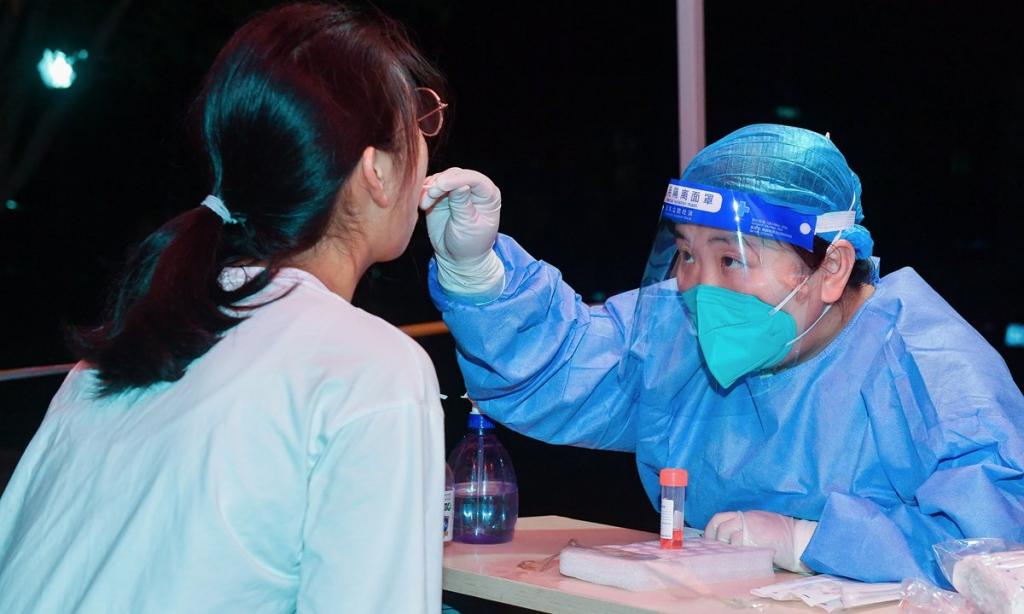 Shanghai’s crucial financial district, Pudong, entered a new covid scare — a sub-variant of the BA.5 variant detected July 8 — even as it emerged from a two- month lockdown.

Health authorities have maintained that the case is linked with another overseas case. It remains to be seen whether BA.5.2.1 has any growth advantage over BA.5, which is currently driving up the caseload in the country.

“Our city has recently continued to report more locally transmitted positive cases (of COVID-19) and the risk of the epidemic spreading through society remains very high,” Zhao Dandan, vice-director of the city’s health commission, was quoted as saying by Reuters.

The country’s health agency will conduct two rounds of mass testing between July 12 and 14 in several major Shanghai districts to control potential new outbreaks in time.

BA.5 has been spreading through China and as the COVID-19 graph trends upwards, some 30 million people in the country are already under some form of restriction.

At least six cities and counties have returned to strict restrictions. There were some 353 new COVID-19 cases July 10, according to the country’s National Health Commission.

This was preceded by 357 cases July 9 and 362 cases July 8. For the past week, daily cases in the country have been the highest since May-end.

Not much is known about how exactly is COVID-19 progressing in China given the paucity of information coming out of the country.

The Institute for Health Metrics and Evaluation (IHME), an independent population health research centre at the University of Washington School of Medicine in the United States, had noted June 24:

China remains a big mystery for us — we don’t know what’s going to happen in China. They’re successful so far in containing the virus, but this could change as soon as they change their policy and open up the country.

The IHME added that China had fewer infections because of its previous success. “(But) their vaccine is not as effective and much of their elderly population is not vaccinated. So, we could see a rise in cases in China as well,” it said.

The rise in COVID-19 cases has also spread to Hong Kong and Macao, both of which are special administrative regions of China. Macau is now shutting down its casinos for the first time in the last two years.

The city has seen some 1,526 COVID-19 cases in the past month. So, authorities have now allowed only essential services to arrest any further spread of the virus. These restrictions will remain in place till July 18 at least.

Prior to this, the city had restricted other leisure activities June 23 — such as theatres, indoor amusement parks, saunas, massage parlours, beauty salons, gyms, bars and swimming pools. This restriction still remains in place.

These policies are in line with the country’s zero-COVID policy. Primary vaccination has been completed for some 90 per cent of the population but it remains unclear how many people have received their booster shot, a BBC report noted.

Officials are now mulling a mainland China-like tracking system where the COVID-19 app has real-name registration.

This is “to ensure residents subject to compulsory testing orders avoid entering high-risk areas,” the South China Morning Post reported. For now, BA.2 remains the dominant variant in Hong Kong, but it may likely be replaced in the days to come.