Waterborne diseases are common in the riverside villages, and villagers had to travel for 20 km to reach a health centre 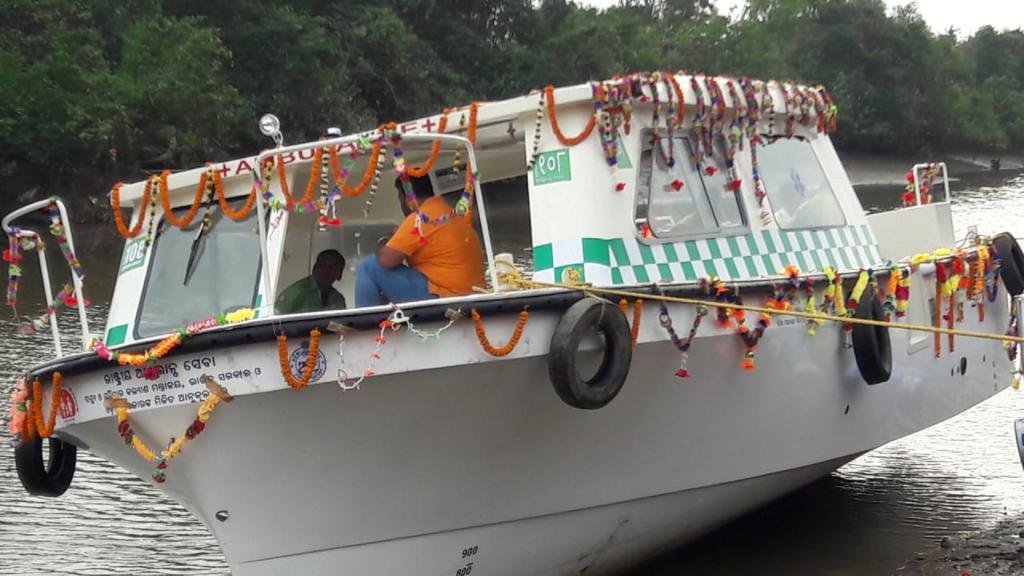 The Odisha government on March 5, 2019 launched boat ambulance service for those living in the remote villages near Bhitarkanika National Park in Kendrapara district. It is meant to ferry people to hospitals and clinics in case of emergency.

“The boat ambulance can speedily reach the river and seaside villages. People living near Bhitarkanika National Park will also benefit from the service. The ambulance service will be available round-the-clock, and is equipped with necessary medical equipment,” said state Health Minister Pratap Jena.

“The state government has decided to introduce six boat ambulances in riverside areas this year. The Health Department has given the work order to Mumbai-based Mahindra Dockyard to build the specially designed boat ambulances,” he added.

“Many villagers depend on passenger boats, which are not available at night. The boat ambulance service can help them during medical emergencies,” said Chief District Medical  Officer (CDMO) Dr BR Pati.

Hemant Rout, secretary of Gahiramatha Marine Turtles and Mangrove Conservation Society, said, “Bhitarkanika is the second largest mangrove forest after Sundarban in West Bengal. Its water bodies are the home of around 1,800 estuarine crocodiles. But the healthcare system in the remote coastal pockets is failing due to shortage of medical personnel, poor transport facilities and infrastructural inadequacies.”

As a result, most people are forced to seek immediate medical help from quacks. The distance and lack of transportation often prevents pregnant women from reaching the health centers, particularly in case of sudden onset of labour, Rout added.

Waterborne diseases are common in the riverside villages, especially in the summer. If any of the 60,000 villagers falls seriously ill, they have to travel around 20 kilometre to Mahakalapada or Rajnagar for a health centre.

“We carry patients on bamboo poles, hanging on knitted clothes, to reach a hospital as the road is bad and there is no bridge. A car journey to Mahakalapada, Rajnagar or Kendrapara proves costly for the patients as the vehicle owners charge anything between Rs 500 to Rs 1000. We are happy that the government has launched this service,” said Manas Mandal from Kandara patia village.