Organochlorines may be behind Eluru mystery illness; why is that worrisome

These chemicals present in insecticides and pesticides affect human health 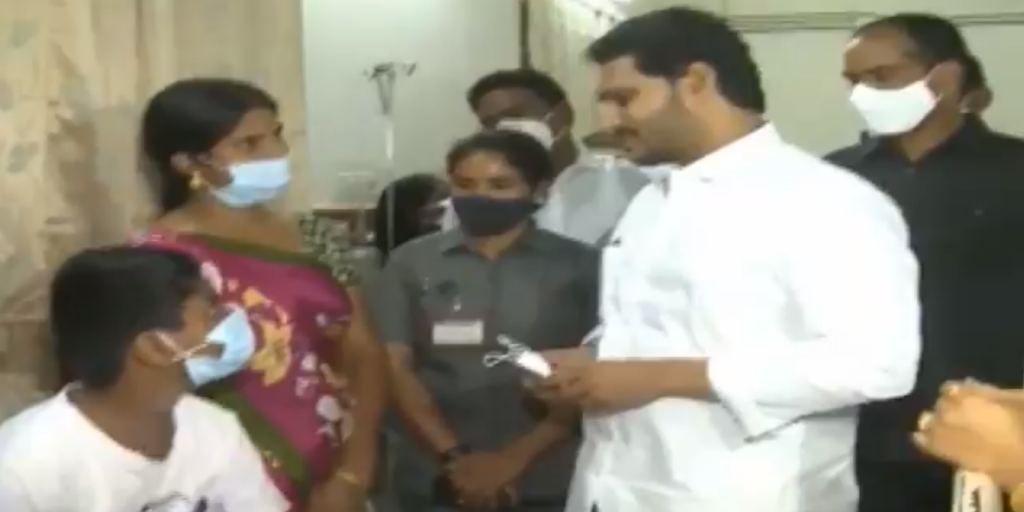 Andhra Pradesh CM YS Jagan Mohan Reddy with patients at a hospital. At least 450 people have been hospitalised since December 5, 2020, with most of them suffering from seizures, nausea, dizziness and headaches. Photo: Twitter

A ‘mystery disease’ has left 450 patients in Eluru, Andhra Pradesh with seizures, nausea, dizziness and headaches. One person even died December 8. Among tentative reasons being blamed are organochlorides.

Andhra Pradesh Chief Minister YS Jagan Mohan Reddy visited the Government General Hospital December 7 and spoke to the affected persons, assuring them help. He later addressed a high-level review meeting, wherein he directed officials to be on full alert and prepared to handle any situation.

The Union government has rushed a three-member expert team to the town to determine the exact cause of the illness, which, so far, has remained largely elusive.

A preliminary analysis of test reports has pointed to the role of organochlorines, which are chemical substances used in pesticides. While nothing is conclusive so far, experts on the job are probing the role of the chemical as a cause, reported Press Trust of India.

Organochlorines (OC) are a group of chlorinated compounds that belong to the class of persistent organic pollutants (POPs) with high persistence in the environment. They are widely used as pesticides.

OC insecticides were earlier used to control malaria and typhus; they were later banned in most countries. They are relatively cheaper; as a result Dichlorodiphenyltrichloroethane (DDT), hexachlorocyclohexane (HCH), aldrin and dieldrin are among the most widely used pesticides in developing countries of Asia.

A review statistics on the use of different pesticides has shown that 40 per cent of all pesticides used belong to the organochlorine class of chemicals.

OC can cause several adverse are substances capable of causing adverse effects in the central and peripheral nervous system; as a result, several such chemicals were banned in the United States.

How do these pesticides reach people?

People can be exposed to organochlorines through accidental inhalation if they are in an area where such pesticides were used or sprayed. The chemicals can also be ingested through fish, dairy products and other fatty foods, which can get contaminated.

Organochlorine pesticides accumulate in the environment. They are persistent and move long distances in surface runoff or groundwater. OCs, in the mid-1970s in India, resulted in widespread reproductive failure among birds; they laid eggs with thin shells that cracked before hatching.

How can these pesticides affect human health?

Many such pesticides have been linked to elevated rates of liver or kidney cancer in animals. There is also evidence indicating that organochlorine pesticides may cause cancer in humans.