Over 7.7 million people vaccinated in DRC against yellow fever

In neighbouring Angola, an estimated 3 million people have been vaccinated since mid-August. 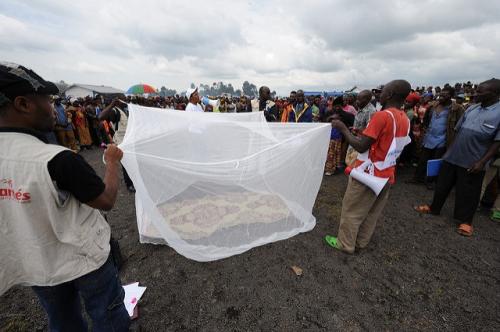 Over 7.7 million people have been vaccinated in Kinshasa, the capital of Democratic Republic of Congo (DRC), against yellow fever.

On August 16, the DRC government had launched the vaccination campaign in Kinshasa with an object to vaccinate 7.5 million people in two weeks. This was done to prevent the outbreak from escalating further.

By August 28, the government reported that 7.7 million people had been vaccinated in the city. Further, 1.5 million people in DRC’s border regions with Angola have also been covered.

“WHO commends the government of the DRC for this significant achievement to roll out such a complex campaign in such a short period of time,” Yokouide Allarangar, the World Health Organization (WHO) representative in DRC, said.

In the coming weeks, vaccination teams will focus on completing the campaign in the remote border regions.

In neighbouring Angola, vaccination campaigns are also going on. An estimated 3 million people have been vaccinated since mid-August.

According to the WHO, yellow fever is an acute viral haemorrhagic disease transmitted by infected mosquitoes. The “yellow” in the name refers to the jaundice that affects some patients.

Symptoms include fever, headache, jaundice, muscle pain, nausea, vomiting and fatigue. A small proportion of patients, who contract the virus, develop severe symptoms and approximately half of those die within seven to 10 days. The virus is endemic to the tropical areas of Africa and Central and South America.