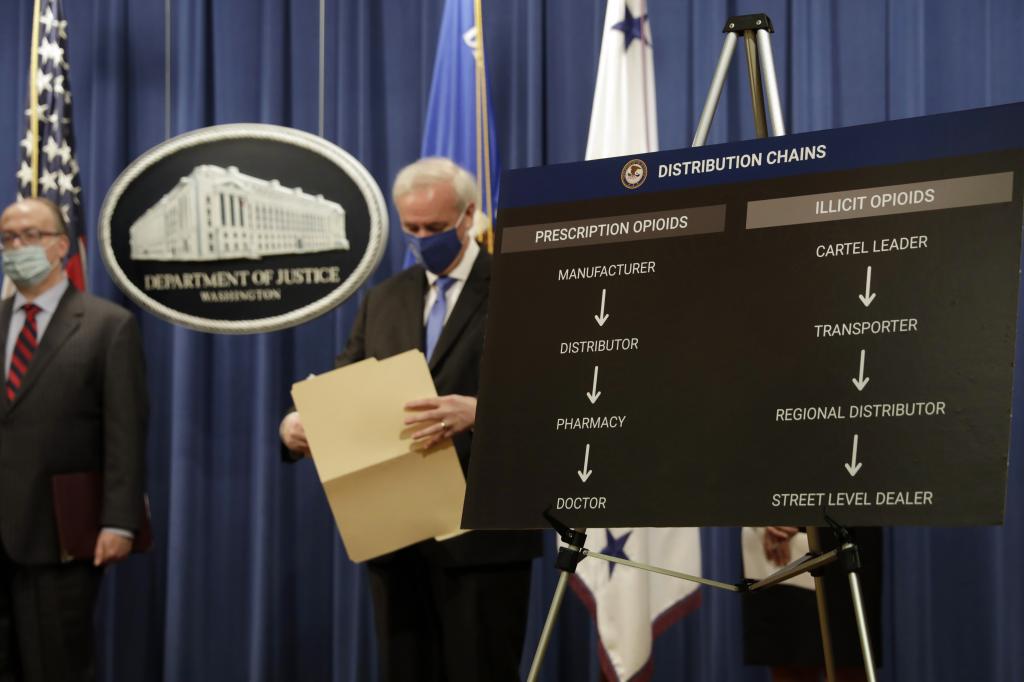 Purdue Pharma, the company that makes OxyContin and other potentially addictive prescription opioids, has agreed to plead guilty to three felony counts and reached a settlement potentially worth at least $8.3 billion with the Justice Department.

The deal could clear the way for Purdue to transform from a profit-seeking privately held company into a public trust that serves the public good, as the company has proposed.

But the settlement is subject to the approval of the federal judge overseeing Purdue’s bankruptcy case. And it may not resolve the thousands of lawsuits Purdue faces for its role in creating the opioid crisis. Notably, the attorneys general from 25 states called on the government a week before the Justice Department announced the deal to simply force the sale of the drugmaker to a new owner instead.

I study the history of prescription drugs (and I have served as a paid consultant and expert witness in opioid litigation). Although there are some recent efforts to establish nonprofit drugmakers to help make certain pharmaceuticals more readily available, I know of no historical precedent for a big drugmaker like Purdue becoming a nonprofit public health provider.

But two similarly ambitious efforts to build alternatives to the profit-driven pharmaceutical model during and immediately after World War II suggest the potential limits of how well this arrangement might work.

Penicillin was discovered in 1928 but did not come into use until World War II. It was the first antibiotic: a genuinely revolutionary class of drugs that vanquished previously incurable infectious illnesses.

Because of penicillin’s importance for the war effort, the federal government played an active role in its development. Federal scientists developed ways to mass-produce it, federal agencies persuaded reluctant pharmaceutical companies to manufacture it and the government’s “penicillin czar” decided which patients would receive the precious drug.

Despite the high stakes and the faith in centralized planning, no one at that time appears to have even considered the possibility of noncommercial or nonprofit development of antibiotics.

As was the case with wartime goods such as rubber and tanks, private companies with federal contracts made penicillin. As was also the case with other wartime goods, the arrangement was an unqualified success. It dramatically increased production, and allocated the antibiotic so as to best serve the war effort.

For penicillin, as with other goods, federal economic controls quickly faded after the war. As the medical historian Scott Podolsky has observed, drugmakers, freed from government restraints, unleashed an avalanche of brand-name antibiotics whose high-powered marketing campaigns encouraged the overuse and misuse of the new medicines.

Interestingly, the Sackler brothers got their start by selling antibiotics. The Sacklers, future owners of Purdue Pharma, were pioneers of medical advertising who abandoned earlier restraints and advised their sales representatives to see physicians as “prey.”

The Veterans Administration and the Public Health Service sought to keep their hands on the steering wheel by undertaking massive studies of the new, even mightier antibiotic streptomycin to determine how best to use the drug against one of humanity’s deadliest microbial foes, tuberculosis. But their calls for precision and restraint stood little chance against drug marketers who skillfully exploited Americans’ desire for miracles.

The second precedent involved the semi-synthetic opioid Metopon, discovered during World War II by pharmacologists working for the US National Research Council.

Since the 1920s, opioids had been much more strongly regulated than other pharmaceuticals to protect consumers. As I explain in my new book “White Market Drugs,” they could be sold only by a licensed pharmacist on a physician’s prescription. For decades, the Federal Bureau of Narcotics, working with National Research Council pharmacologists, imposed tight restrictions on the development and marketing of new opioids.

It was a daily battle for these government agencies to identify and then counteract what they considered to be dangerous marketing hype by drug companies pushing the latest miracle opioid.

So, daringly, in 1946, the two agencies hatched a radical idea: They would take out a patent on Metopon and market it themselves. Instead of trying to achieve maximum profit, they would only serve public health. They would not advertise Metopon at all. Instead physicians would learn about it through sober, informative pronouncements from experts in medical journals. Moreover, sales would initially be restricted to patients suffering from end-stage cancer.

The government believed Metopon would win out over competitors not because of marketing hype but because it was actually superior. But it didn’t work out that way.

Sales were sluggish after Metopon’s launch in 1947, and remained low even after the authorities allowed sales for more types of pain. Even Harry Anslinger, head of the Federal Bureau of Narcotics and an otherwise ferocious critic of pharmaceutical opioid advertising, complained about lackluster marketing. While it remained technically available, Metopon never earned more than a minute fraction of the US opioid market.

The proposed transformation of Purdue differs from these earlier attempts to find alternatives to the profit-driven model of drug distribution.

Rather than attempting to get profit-making companies to do the right thing, or hoping that a single ethically marketed drug could win out, the Purdue settlement would legally require a major pharmaceutical manufacturer to make public health a higher priority than shareholder profits.

This would, at least in theory, serve two important goals.

First, by legally defining the company’s obligations to public health rather than to shareholders, it would eliminate the kinds of abuses that can result from the pursuit of profit such as marketing that encourages unnecessary or improper use.

Second, by providing addiction treatment at no cost, it would increase access to health care to the sorts of patientsf — addicted, poor and lacking adequate health insurance — typically ill served or even ignored in today’s system.

In other ways, however, the Purdue settlement seems less of a departure from standard operating procedures than 1940s-era attempts to reduce or eliminate the influence of profit in pharmaceuticals.

By all accounts, the new trust would be a for-profit entity. Indeed, profits from continued sales of pain medicines like OxyContin and addiction treatment medications like buprenorphine and naloxone — estimated by Purdue to be up to $8 billion per year — are crucial as the “payment” Purdue is offering to compensate the public for the company’s share of the costs of the opioid crisis.

In other words, to achieve its mission, the new Purdue would have to pursue profits just like the old Purdue. And since all pharmaceutical companies officially declare themselves to be dedicated to serving the public good, how different would it really be?

Then, too, the new trust would still be Purdue Pharma, a company with a well-entrenched culture of maximizing sales and profits even as the opioid crisis has grown. One could make a credible case that Purdue’s innovation — the “value” it brought to the table — was not related to any special therapeutic breakthrough in the drugs it developed but instead lay in its genius with marketing these products.

I can see why it is tempting to be excited about the prospect of a new public trust devoted to addressing addiction.

But for this proposed arrangement to make sense, Purdue would need the tools and expertise required to pursue a radically different mission than it was designed to serve. And history does not offer much assurance that isolated public-sector and nonprofit drugmakers can make a big difference in a pharmaceutical system designed for and powered by profit.

This is an updated version of an article originally published on December 4, 2019.