The emergency contraceptive pill is not debated enough 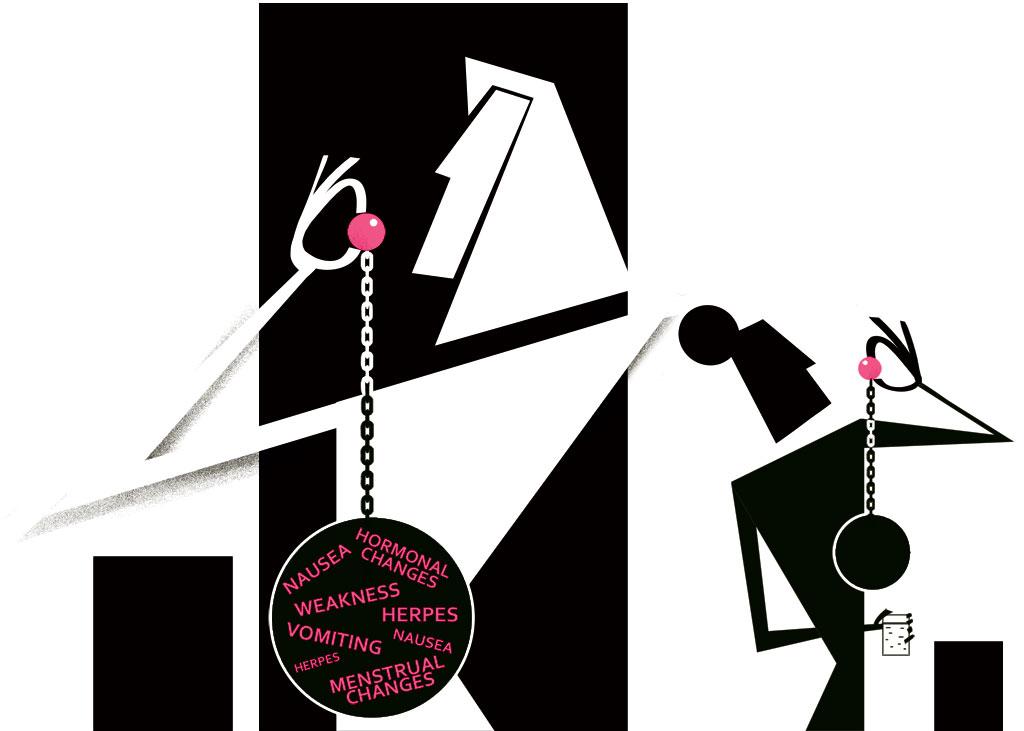 In john Updike’s 1968 controversial novel The Couples, one of the central female characters assures her extra-marital partner that she will not get pregnant because of the pill. She welcomes him to the “post-pill paradise” and urges him to have sexual relationships without using any form of contraception. Updike’s novel was set in 1968 in a small town named Tarbox located in the US, and through the female characters, Updike highlighted how the pill was emerging as an instant form of birth control in America and how it had gradually shifted the burden of contraception on women. The pill in Updike’s novel is the regular contraceptive pill which had gained popularity in America in 1968. Gradually, this form of oral contraception has transitioned into the Emergency Contraceptive Pill (ECP) and at present, urban women in India are relying on this pill and bearing the liability of having unprotected sexual relations.

The ECP was introduced in India by the Ministry of Health and Family Welfare in 2002 and was made available at medical counters from 2005. Over the years, this pill (also known as the “morning- after pill”) has become immensely popular among the urban, independent and educated women. Some of the commonly used brands are i-pill, Unwanted 72 and Preventol. The ECP was introduced for emergency purposes to be used by women. However, the pill is used more for convenience than for exigencies.

The rise of the pill

According to a recent study published in The Lancet, around 15.6 million abortions took place in India in 2015 and three-fourths of these abortions were by those relying on drugs purchased from over the counter rather than accessing health facilities. Women often consume the pill as a safety measure and without adequate counselling. Data compiled by the Population Council of India in 2015 highlights that urban areas contribute to 71 per cent of the total sales of the pills in India. Since the pill is easily available, most women prefer to rely on the pill as opposed to undergoing medical surgeries for abortion. Additionally, the consumption of a pill is cheap and involves less people as opposed to a full-fledged medical abortion. While the pill is easily available, one must focus on the side effects of the pill as well.

The pill might be the most preferred option for urban women, but it has many consequences. For instance, regular consumption of the pill results in women experiencing hormonal changes, nausea, herpes, vomiting, weakness and menstrual changes. Additionally, a study conducted by the University of Copenhagen highlighted that women dependent on contraceptive pills have 20 per cent risk of developing breast cancer. The rise of the pill in India clearly indicates that the private manufacturers are selling the ECP to release women from the anxiety of unintended pregnancy, at the cost of their health. Additionally, the pill allows several young couples to have pre-marital sex without considering the consequences. In this process, the burden of contraception is falling on the women who are taking these pills and risking their health.

Despite the side effects of the pill, 79 countries across the world have not regulated the sale of the pill. In countries like the US, Austria, Bulgaria, Cyprus, Ireland, Spain and Switzerland, the pill can be bought over the counter without any form of medical prescription. In fact, even the World Health Organization (WHO) does not discourage the use of the pill. Only a few countries have noted the aftereffects of the pill and have drafted regulations regarding the sale and availability of the pill. For instance, in Hungary, the ECP is available only in pharmacies and sold only on formal medical prescriptions. Similarly in Germany or South Korea, the pill can be purchased only with a doctor’s prescription. But, in many South Asian countries like Bangladesh, Pakistan and Sri Lanka, the pill is sold over the counter. The lack of regulations for the pill in most countries highlights that the side effects of the pill are hardly debated.

The Indian government should take note of this rising concern of urban women depending on the pill and experiencing health issues. The government should immediately intervene and have counselling centres with trained medical experts who advise both the man and the woman entering into a sexual relationship regarding the side effects of the pill. In particular, the sale of the pill should be regulated and sex education should be made mandatory in all schools. The need to freely talk about sex is becoming increasingly important in India, because often, women and young girls take the pill succumbing to peer pressure.

Both men and women should be equally sharing the need for contraception and the woman alone should not face the brunt of the pill. However, in formulating regulations, the government needs to be extremely careful. For instance, in Tamil Nadu the ban of the ECP saw the rise of unplanned pregnancies and abortions. Hence, a complete ban is often not the solution. Instead, the government should make it mandatory that the pill should be sold only after the patient has obtained a medical prescription, and ask the manufacturing companies to advertise as such. Medical practitioners giving the prescription should also inform the patients regarding the side effects of the pill. Additionally, while there are several advertisements on the benefits of the pill, the government should also equally advertise and create awareness through media outlets about the negative effects of the pill.

This will help the patients make an informed choice. By ignoring the pill and its consequences, the government is risking the lives of several urban women. The WHO also needs to step in and make worldwide regulations, in the wake of these side effects.

The author is a post-doctoral fellow and faculty at the Manipal Centre for Philosophy and Humanities, Manipal

(This article was first published in the 16-31 issue of Down To Earth under the headline, 'Pain behind the pill').