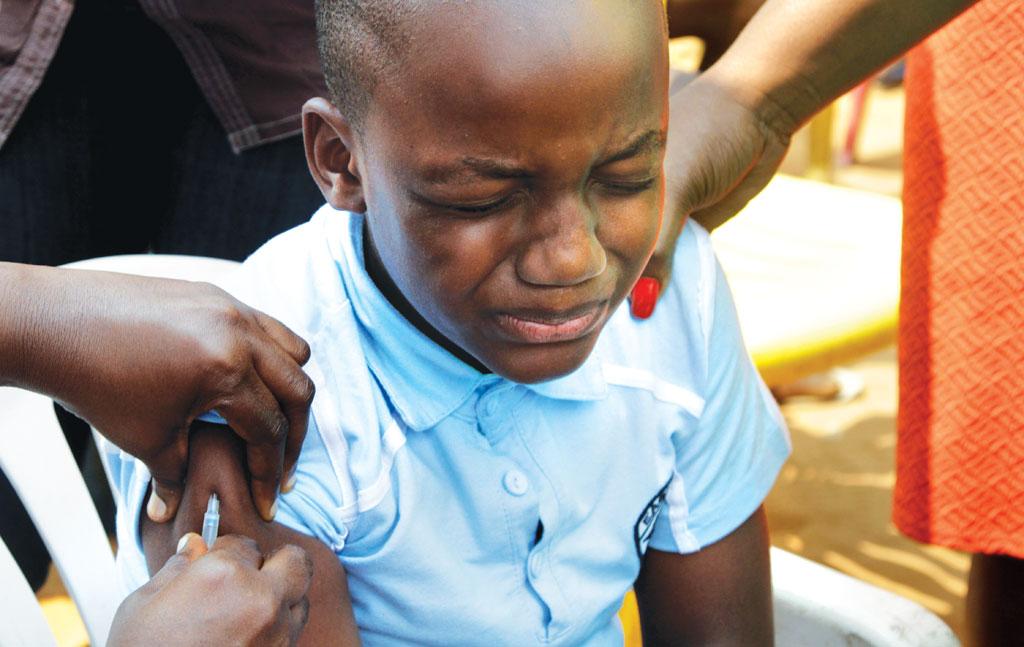 A child being vaccinated during an emergency campaign against yellow fever in Congo's capital Kinshasa (Photo: Reuters)

Some diseases miss global attention because of competing diseases and shrinking media space. Yellow fever is one of them. The disease, which is transmitted from infected monkeys by the Aedes aegypti mosquito, was overlooked because of the unilateral global focus on Zika virus, which is also caused by the same mosquito. By December 2016, Africa was on the brink of a severe epidemic, primarily because most countries ran out of the vaccine. What is worrying is that the disease, which was restricted to the African continent, has now spread to Asia—China, for the first time, reported 11 cases last year.

The disease has a long dark global history. It was a scourge in the 18th and 19th centuries in Africa and the Americas. Imported to the Americas through the slave trade from Africa, it killed thousands of people; one-tenth of the population of Philadelphia was wiped out in 1793. Today, the disease causes 200,000 infections and 30,000 deaths every year, with nearly 90 per cent of these occurring in Africa.

Victims of yellow fever suffer bouts of fever, headache, muscle pain and jaundice. In many cases, patients do not experience the initial symptoms, and enter the more toxic second phase when the liver and kidney are affected, resulting in jaundice. The infection results in the yellowing of the skin and eyes, which is why this disease has earned its name. About 50 per cent of patients who enter this toxic phase die within 10–14 days, according to the World Health Organization.

Since 1938, the yellow fever vaccine has been used to immunise millions of people. In Africa, more than 10.7 million people have been vaccinated. Due to the limited supply of this vaccine, only one-fifth of the regular prescribed dose is being administered. That is why it provides immunity for just a year. The worst affected African countries include Angola, Congo, Uganda and Sudan. UNICEF says the availability of 98 million doses for 2016-17 is insufficient to meet vaccine requests from African nations. Congo has requested for two million doses and Uganda, for 1 million. The total demand has increased to 109 million doses.

A number of factors are responsible for the limited supply of the vaccine. Limited production capacity is a major factor. UNICEF has long-term arrangements with only four suppliers. These include Bio-Manguinhos (Brazil), FSUE Chumakov (Russia), Institut Pasteur de Dakar (Senegal) and Sanofi Pasteur (France).

The scientific process of creating these vaccines also limits supply. The development of the yellow fever vaccine depends on the availability of sufficient specific pathogen-free (SPF) egg supply. It is from here that the primary chick embryo cells for vaccine production are derived. Housing these eggs is an extensive, cumbersome process: SPF flocks are generally housed in filtered air positive pressure houses, with some raised in isolators. It takes three successive generations to create a (SPF) flock, which takes about a year and a half. Owing to this process, there have been instances of limited SPF egg availability, curtailing vaccine production.

There are also reports of defects in the supply chain management system. The vaccine loses its potency when it is exposed to storage temperatures above 2-80 Celsius. Using these vaccines may give a false impression of immunity, which results in the failure of the planned immunisation strategies. Worse, one million vaccine doses that the WHO and its partners had shipped disappeared mysteriously in Angola last year. WHO’s Sergio Yactayo speculated that the vaccines had probably been taken by local politicians, the military or resold on the private market.

Africa has a warm climate, which is conducive for mosquito breeding—some breed in crowded settlements, while others breed in the jungle. Of late, the unusual severity of El Niño could have led to higher than usual density of the mosquitoes that transmit diseases like malaria, dengue and Zika. But vaccines for most of these diseases are only in various stages of clinical and human trials (see ‘Not available, as of now’). 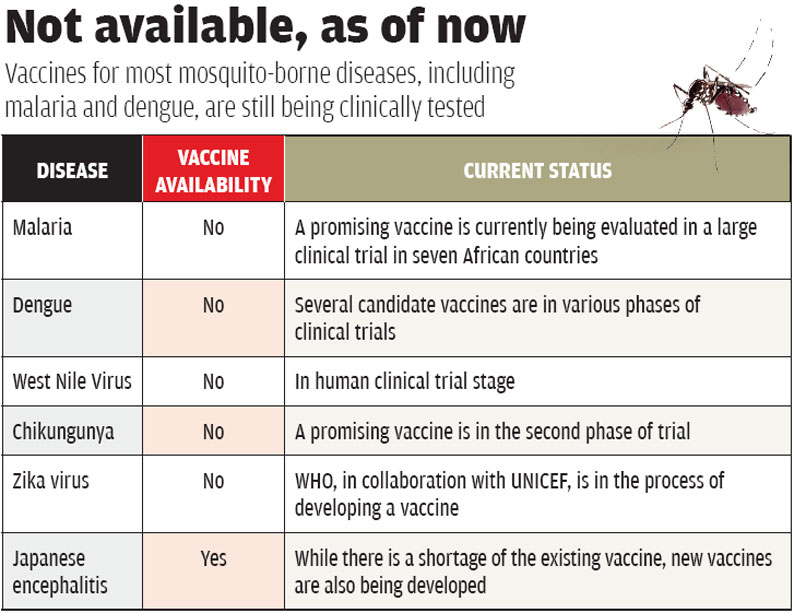 Lack of sanitation services and unclean water storage facilities further aggravates the risk. Highly urbanised areas in sub-Saharan Africa, South America and Asia are potential hot spots for yellow fever due to a combination of factors such as a warm climate, inadequate health systems and a large unvaccinated population.

What has stunned scientists is the appearance of yellow fever in China this year. Experts believe that since 0.1 million Chinese work in Africa, they could have carried the virus to the country. Others experts are bewildered as to why Asia has remained immune from the virus till now.

Some health specialists believe that since dengue and other related flaviviruses have been prevalent in Asia for centuries, they offer cross-protection against yellow fever, thereby reducing viral loads. However, if the disease is not contained, it has the potential of repeating its history in Asia, as it happened in Africa and the Americas, say experts.

Meanwhile, UNICEF is planning to strengthen its yellow fever programme by exploring and encouraging the production of the vaccine through collaborating with potential new manufacturers and supporting increased production capacities in existing plants. There are also attempts to create a new cell culture vaccine that would reduce the time required to manufacture the vaccine, as compared to the chick embryo cell vaccine. But such efforts are likely to take time to materialise.

Duane Gubler, a specialist in mosquito-borne diseases at Duke-NUS Medical School in Singapore, says, “Even though new vaccines are being considered, the current thinking is that it will be unlikely that we can develop a new vaccine that will be as effective, long lasting and inexpensive as the current vaccine. Thus, the emphasis now is to increase the production of the old vaccine.”