Although millets are high in fibre, processed millets can increase blood sugar levels as they have a high Glycemic Index 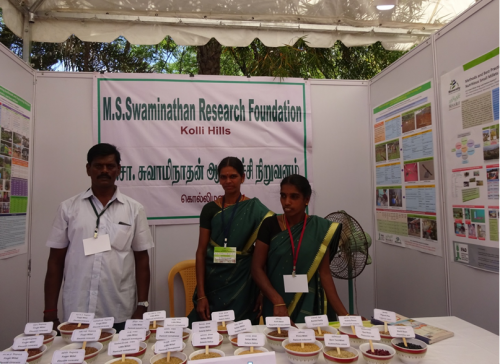 The Glycemic Index (GI) of upma made from processed finger millet is close to the GI of polished white rice, according to a scientist who is part of a study on finger millets, funded by the Indian Council of Medical Research. Glycemic Index measures how food raises blood glucose levels, i.e the more the GI the more the sugar levels in your blood. The finding was shared during a three day discussion on millets, called 'Dialogue on Millets, Monsoon and Market’ in Chennai.

Sudha Vasudevan, senior scientist, Madras Diabetes Research Foundation and one of the panelists said that the mean value of GI of upma made from decorticated or processed finger millet (husk is removed from the grain) was high at  87, similar to the GI of white polished rice. Millets are recommended to diabetics as they are rich in fibre and have low GI. Vasudev also said that the study showed that GI of finger millet flakes (also processed) was 82.3.

Vasudevan said that there are gaps in research on processed or value added products of millets and more studies need to be conducted to understand how millets get digested and absorbed. However, she added that a conclusion was difficult to arrive at since methods to calculate GI were recently standardised.

Organised by the M S Swaminathan Research Foundation (MSSRF), the discussion concluded that millets should be a part of a balanced diet and more research on processed millet products need to take place to fill the scientific gaps.

The chairperson for the panel and a scientist, Thingnganing Longvah said, “The lack of dietary diversity has led to current problems regarding nutritional security.” He also said that while millets are rich in necessary vitamins and minerals, rice is better in amino acid components as compared to millets.

Usha Antony, professor of food and technology, Anna University said a study on a local drink called Kuzhu showed that many samples collected from street vendors were contaminated. Made from two millets by double fermentation method, the drink is recommended in summers. Although the drink is said to be rich in pro-biotics, mishandling of food led to contamination, which could be avoided by taking safety precautions.

The experts also talked about various initiatives to add value to the sale and manufacturing of millets across the country. Dinesh Balam, who is working with the Odisha government on revitalisation of millets says that the state government has allocated Rs 100 crore to procure millets at a remunerative price from farmers. To be implemented in 11 districts and 55 blocks, the project is currently operational in 30 blocks by community organisations.