Protest against dengue at Delhi Secretariat 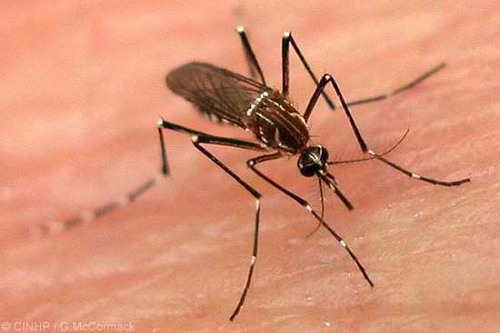 Many civil society and other voluntary organisations protested at the Delhi Secretariat on Wednesday against the growing number of dengue cases in the city and the inability of the state government to contain the disease.

Non-governmental organisations working in the field of health, like Sama and Jan Swasthya Abhiyan, and political groups like National Federation of Indian Women (NFIW) and Communist Party of India (CPI), called the protest.

Protesters said that the breakdown of public health services in the city and the apathy of private hospitals are at the root of the misery of the people, especially the poor.

A memorandum of demands, including declaring dengue as an emergency, controlling the mushrooming of fake alternative treatments and free testing of blood samples for suspected patients, was submitted to the Delhi government.

One main demand, according to the memorandum, was to “ensure that free and quality treatment of the poor by all private and public facilities is made mandatory during such situations - which should be over and above the existing norms for treating people belonging to Economically Weaker Sections (EWS)”.

Annie Raja of NFIW, the women’s wing of CPI, said that the state government should put in place a comprehensive epidemic control and response plan, especially for the economically weak and vulnerable communities.

“There is an urgent need for a citizens’ fact-finding commission, led by public health experts, to understand the collective failure to manage the recent dengue epidemic in the state,” Joe Verghese of Jan Swasthya Abhiyan said.

The protesters also alleged that the government started taking action only after the epidemic had created a lot of damage. They demanded that efforts to avert a problem like this should start much earlier in the times to come.

According to latest figures released by the state government, Delhi has 3,194 dengue patients and 17 of them died due to the disease.