Researchers show that yoga has positive benefits on pregnant women 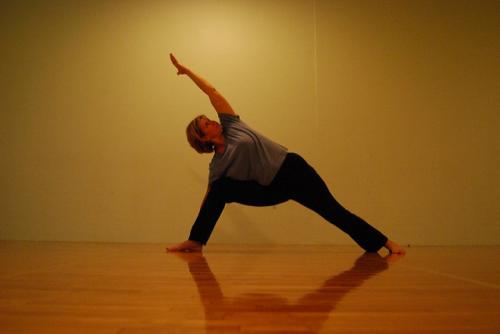 With the world celebrating International Yoga Day on Tuesday, there is a curiosity to know whether there is any proven scientific health benefits of yoga.

A few researches talk about the benefits of yoga globally. In a review published in May, 2016; Radhika Desai, Anisha Tailor and Tanvi Bhatt from the department of physical therapy, University of Illinois, Chicago, found that breathing, meditation and posture-based yoga increased overall brain wave activity.

The purpose of the study was to examine and review the existing literature on the effects of yoga on brain waves, structural changes and activation. After reviewing 15 articles, it found that yoga increases grey matter, along with increase in amygdale.

Benefits of yoga in reducing stress have been proved earlier. A research published in Complementary Therapies in Clinical Practice in May 2014 highlighted the benefit of yoga on pregnant women.

As per the study, 51 women practising yoga during pregnancy benefitted from a single 90-minute session. Long-term benefits were seen as reflected by reduced perinatal depressive symptoms.

Svetlana Bershadsky and colleagues from the department of psychology and social behaviour, University of California, concluded that yoga sessions can reduce stress and improve the mood of pregnant women.

Another research published in the same journal, which has been publishing several research articles on the benefits of yoga, shows that it acts as a stress buster in normal women.

Researchers, including M Javnbakth and colleagues from the psychiatry department of Islamic Azad University, Iran, show that participation in a two-month yoga class can lead to significant reduction in the perceived levels of anxiety in women, who suffer from anxiety disorders. The research was published in 2009.

The US-based National Centre for Complementary and Integrated Health is currently doing research on whether practising yoga may cure several diseases such as diabetes, HIV, arthritis, menopausal symptoms in women, multiple sclerosis, post-traumatic stress disorder and help in smoking cessation.

The Central Council for Research in Yoga and Naturopathy, an arm of the AYUSH ministry, is providing 100 per cent financial assistance to premier medical, yoga and naturopathy institutions for conducting clinical research to establish the efficacy of yoga and naturopathy to prevent and treat various diseases.