The finding comes eight months after the first-ever gene responsible for resistance to colistin, a last-resort drug for multi-drug-resistant bacteria, was reported 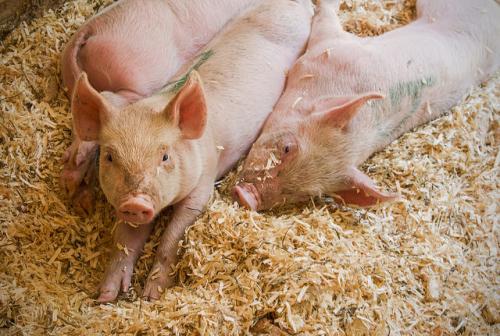 In a paper published last week, a research group in Europe has reported a gene, mcr-2, which is resistant to colistin—a last-resort drug for multi-drug resistant bacteria.

The gene has been derived from E.coli isolates in samples from pigs and calves in Belgium. A gene is a portion of the DNA which codes for a particular protein.

Headed by Surbhi Malhotra Kumar, a professor at the University of Antwerp, the finding comes eight months after an earlier research, which reported the first-ever mcr-1 gene responsible for resistance to colistin, isolated from pigs.

In the meantime, 30 countries across Asia, Africa, Europe and North and South America have reported the presence of mcr-1 in samples of animals, environment and humans.

Both the genes were carried on plasmids (small, circular, double-stranded DNA carried within a cell) and can be transferred among different bacteria in animals as well as humans.

In the past six weeks, two alarming cases of the superbug resistance gene, mcr-1 have been reported from human samples in the United States, the second report coming in on Monday.

The misuse and overuse of antimicrobials in animal farms for non-therapeutic uses like growth promotion and disease prevention serve as the key route for the emergence and spread of resistant bacteria.

Colistin, which features as a critically-important antimicrobial for human medicine as designated by the World Health Organization, is widely used as a veterinary medicine in many parts of Europe, China and India.

The isolation of transferable genes that imparts colistin resistance emphasises the fact that food animals are important carriers of antibiotic-resistant bacteria. Such genes can find easy entry into other bacteria, thereby leading to the emergence of pan drug-resistant bugs.

Through its work, the CSE has been advocating the need for tightened regulations on the distribution and use of antimicrobials, especially for the production of food-producing animals in India.

The emergence of such portable genes that confers resistance to this last-resort drug is a matter of concern, considering the fact that there have been no new antibacterial drugs on the anvil.

In early 2015, the death of a newborn due to infections caused by bacteria resistant to colistin was reported at King Edward Memorial Hospital in Pune.

Although India has started to act towards cutting down on the misuse of antimicrobials in food animals, there are still many issues to be addressed.

These include the absence of monitoring mechanisms for antibiotic use in food-producing animals and the lack of infection-control measures.

There is no information available on the amount of antibiotic use in the human and animal sectors in the country. While both the genes, mcr-1 and mcr-2, were reported during surveillance projects related to food animals, India is yet to have a comprehensive surveillance programme that studies the spread of antibiotic resistance from intensive farming of food-producing animals.

Studies on antibiotic resistant genes isolated from food animals and related environments are sporadically available and a systematic database is absent.

There is no law to regulate the non-therapeutic use of drugs in animals. Despite the circulation of advisories by the Department of Animal Husbandry, Dairy Development and Fisheries discouraging the use of antibiotics as feed premixes, colistin is easily available as feed supplement and is being used for growth promotion in poultry. These also do not require prescription for procurement.

These do not require prescription for procurement. There is also minimal recognition of the need to address the environmental spread of colistin resistance through waste from animal farms.

Antibiotic resistance, under the gamut of antimicrobial resistance, is a critical global health issue which needs urgent attention, before a “post-antibiotic era” is reached. With a high burden of infectious diseases and widespread unsanitary conditions prevailing in India, it is quite likely that such genes are in circulation. The study is an important contribution to raise an alarm that if drastic measures to cut down on unnecessary antibiotic use are not taken, it will be too late.