Rise in hysterectomies among young women, at private hospitals will cause a crisis; here is why 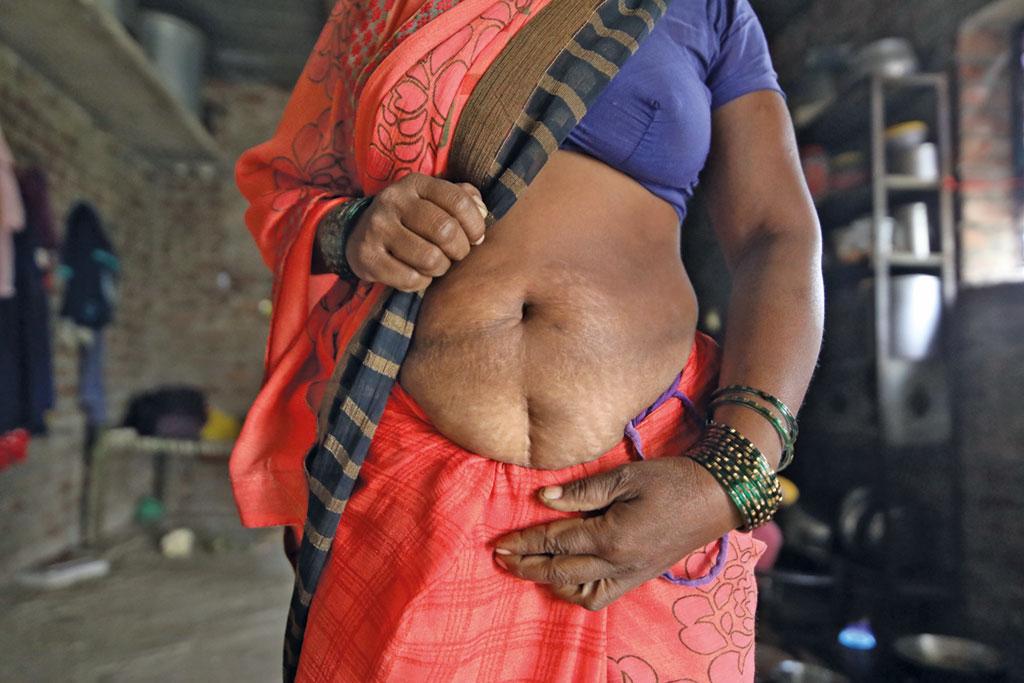 Hysterectomy is often touted as a permanent solution to benign gynaecological problems such as excessive menstrual bleeding (Photograph: Vikas Choudhary)

Percentage figures in the 11th paragraph have been corrected Aug 22, 2022.

The rise in cases of hysterectomy or the surgical procedure for uterus removal in India has been a cause of concern in recent years, with critics complaining that doctors are too quick to take out the uterus at the smallest sign of trouble.

While it is difficult to gauge the actual extent of the problem due to lack of information, an analysis of the last two rounds of National Family Health Survey (NFHS) indicates some worrying trends: More younger women are now undergoing the surgical procedure and that most hysterectomies are being performed at private hospitals.

NFHS, conducted by the Union health ministry with the help of the International Institute for Population Sciences Mumbai, has started collecting hysterectomy data since its fourth round in 2015-16 and provides nationally representative estimates of the procedure.

Data from its latest fifth round (NFHS-5) for 2019-21 shows that 3.3 per cent of women in the age group of 15-49 have undergone hysterectomy. This is a marginal increase from NFHS-4, which recorded a rate of 3.2 per cent. Both the surveys indicate that half of the women undergo the surgery before they turn 35.

In countries such as the US, Germany, Australia, Ireland and the UK, women who undergo the surgical procedure are usually in the age group of 44-59 years, according to a 2019 study led by researchers from health and development non-profit Population Council, published in BJOG (British journal of obstetrics and gynaecology).

Undergoing hysterectomy at younger ages can have adverse health impacts. Hysterectomy is touted as a “permanent solution” to gynaecological problems, such as irregular bleeding and abnormal growths of the uterus called fibroids.

However, it can increase risk of osteoporosis or weakening of bones and cardiovascular diseases. Oophorectomy, the removal of ovaries, is frequently performed with hysterectomy. Ovaries are the primary source of oestrogen and their removal can decrease hormone levels and lead to surgical menopause.

In 2014, researchers from the Kasturba Medical College in Manipal, Karnataka, conducted an audit of hysterectomies performed at the teaching hospital affiliated with the college.

Their results, published in the International Journal of Reproductive Medicine in 2014, recommend that non-surgical treatment options be explored for benign gynaecological conditions before a hysterectomy.

But NFHS-5 shows that the highest percentage of hysterectomies, 51.80 per cent, were to treat excessive menstrual bleeding or pain followed by fibroids or cysts (24.94 per cent) and uterine disorder or rupture (11.08 per cent).

All these conditions are most likely to be benign even though the survey does not specify whether non-invasive treatments were offered or tried prior to the surgery.

There are also inexplicable regional variations in hysterectomy rate.

This trend, if it persists, could lead to long-lasting impacts on young women’s health that may cascade to children and larger communities. It's time governments conducted regular medical audits and educated people on consequences of the “quick-fix” treatment. 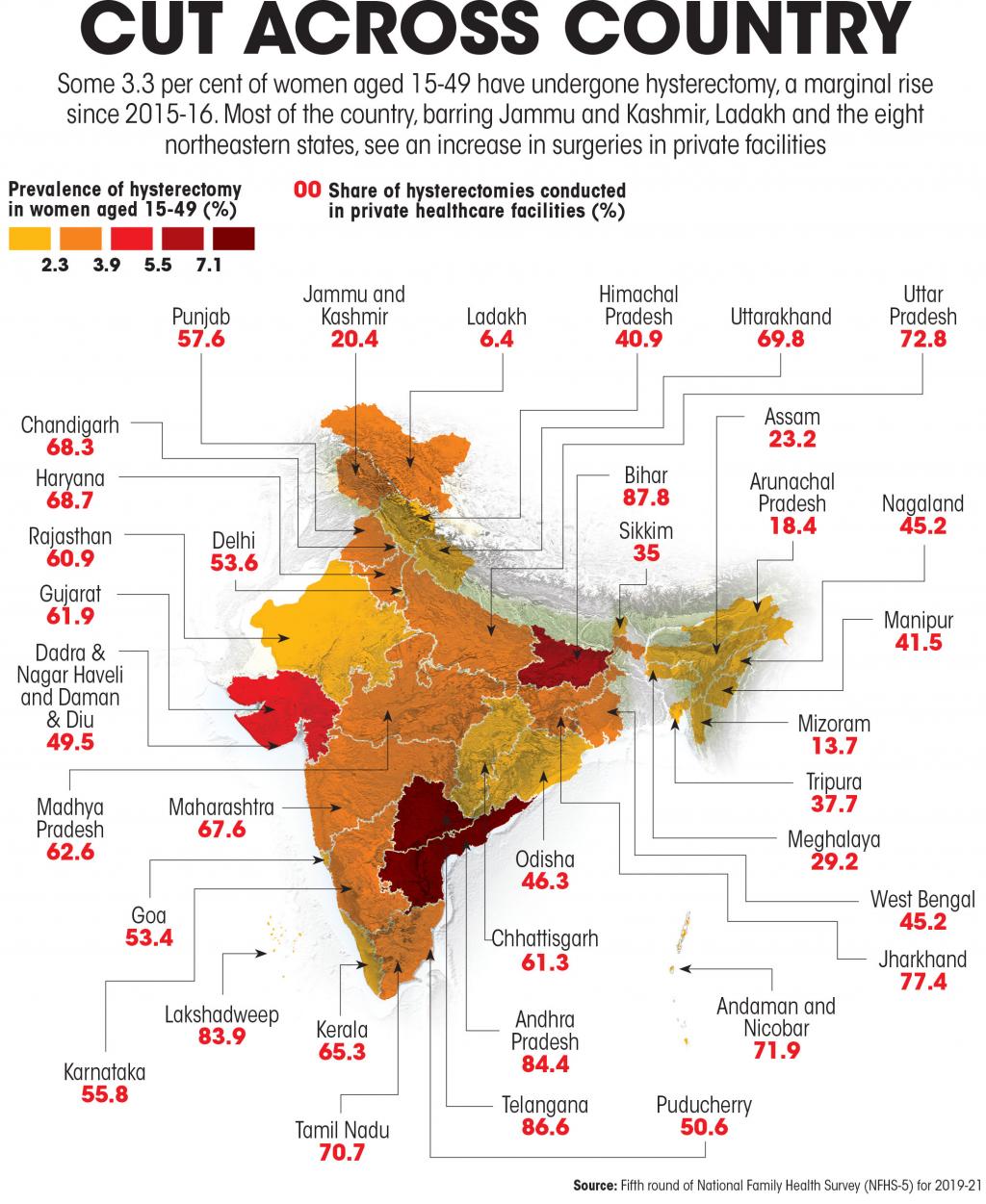 Jesty Saira Varghese is a research scholar at University of Queensland-Indian Institute of Technology Delhi Academy of Research or UQIDAR, New Delhi