Hazards of sugar may be under reported 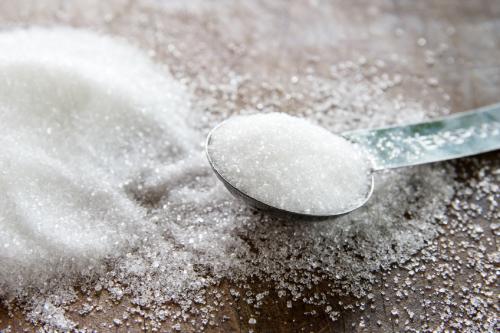 A new research published in Jama Internal Medicine journal has claimed that the processed sugar industry deemphasised the role of sucrose in causing coronary heart disease (CHD). It alleges the Sugar Research Foundation, now called Sugar Association—a Washington DC based trade association of the processed sugar industry—of funding research on CHD, which “singled out fat and cholesterol as the dietary causes of CHD and downplayed evidence that sucrose consumption was also a risk factor.”

This study suggests that the sugar industry sponsored its first CHD research project in 1965 to downplay early warning signals that sucrose consumption was a risk factor in CHD. As of 2016, sugar control policies are being promulgated in international, federal, state, and local venues. The sponsorship and role of Sugar Research Foundation (SRF) in the study was not made clear.

The researchers located correspondence between SRF and scientists and accessed other historical documents like annual reports and reviews of research. The then president of SRF, Henry Hass said in a 1954 speech that as America moves to a low-fat diet, the carbohydrate industries—a group that processed sugar is a part of—should capture the additional 20 per cent share of the market.

As per the research, sucrose industry spent US $600 000 (around $5.3 million in 2016) to teach “people who had never had a course in biochemistry… that sugar is what keeps every human being alive and with energy to face our daily problems.”

The Sugar Association has responded to the research, “When the studies in question were published funding disclosures and transparency standards were not the norm they are today. Beyond this, it is challenging for us to comment on events that allegedly occurred 60 years ago, and on documents we have never seen.”

“We question this author’s continued attempts to reframe historical occurrences to conveniently align with the currently trending anti-sugar narrative, particularly when the last several decades of research have concluded that sugar does not have a unique role in heart disease,” the association added in its statement.