Taliban takeover will impact Afghanistan healthcare: What’s WHO doing about it 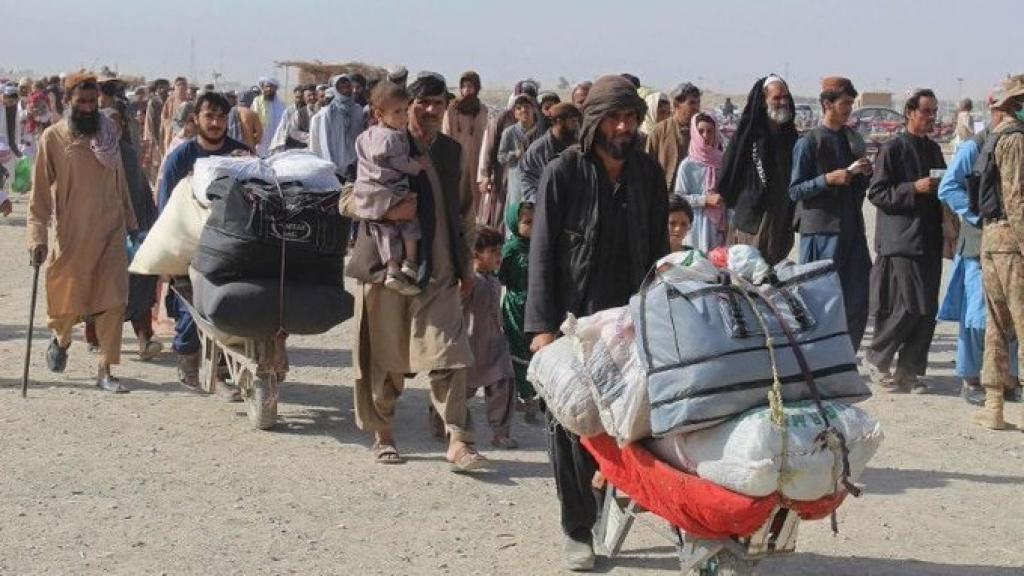 The World Health Organization (WHO) is discussing the situation regarding Afghan refugees and internally displaced people inside the country with its neighbours, including Pakistan, Iran and those in Central Asia, an official told Down To Earth (DTE) August 24, 2021.

The situation in Afghanistan currently has not become so unstable as to warrant a mobilisation of resources for displaced people, Ahmed Al-Mandhari, the regional director of the WHO’s Regional Office for the Eastern Mediterranean (EMRO), said in response to a question from DTE at a press conference.

“However, we are discussing the issue with Afghanistan’s neighbours, especially border authorities. We have also mobilised our staff inside these countries. And we are making sure that our partners know about this,” he added.

Nearly 400,000 people have been displaced in Afghanistan since the beginning of 2021 as a result of ongoing violence, according to the United Nation’s International Organization for Migration (IOM).

More than five million others have already been internally displaced and are reliant on humanitarian aid, the IOM has said.

He noted that even before the current unrest, Afghanistan was the third-largest humanitarian crisis due to hunger, drought, famine and the novel coronavirus disease (COVID-19) pandemic.

“Some 18 million need assistance in the country and the number is increasing daily,” Al Mandhari said.

Other issues discussed in the webinar were on the WHO’s presence in the country, maternal and infant mortality, trauma care, COVID-19 and polio vaccination and shortage of supplies.

The WHO currently has 684 staff and health workers in Afghanistan’s 34 provinces.

Dapeng Luo, WHO’s representative in Kabul said some female health workers had not returned to their jobs after the Taliban takeover of Kabul August 17. Some had resigned.

Some female patients were also fearful of seeking health services, he added.

However, Richard Brennan, regional emergency director, WHO/EMRO, said the WHO was ‘cautiously optimistic’:

Negotiations are going on at the highest levels. For us in the health sector, there have been some encouraging signs. The Taliban want the UN to stay and health services to continue. They have appointed a health commissioner in Kabul who has encouraged UN partners to stay.

However, Brennan added a note of caution. “It still very tough to be a woman and a child in Afghanistan. We want to retain these hard-won figures,” he said.

The priority for the WHO was getting childhood and COVID-19 vaccination back on track, according to Brennan. There was no clear sign that the new regime was opposed to vaccination but still, the organisation was concerned, he said.

According to Luo, only two million of the 39 million population of Afghanistan (five per cent) has been vaccinated. Of these two million, 80 per cent have been administered only one dose.

“Some 50,000-60,000 people got vaccinated at the peak of the vaccination drive. But only 300 got inoculated last week. Testing has declined by 77 per cent. There has also been under-reporting of COVID-19 cases,” Luo said.

The experts said the current upheaval could lead to a spike in cases of the Delta variant which is present in Afghanistan, impacting vaccination.

Afghanistan and Pakistan are the only countries not free of the wild polio virus. “One case each of wild polio has been reported from both countries this year. Now is the time to tackle polio head-on,” Luo said.

“We have polio staff in all 34 provinces. Now that the security situation is stabilising, we want to scale up our operations,” Brennan said.

A primary concern for the WHO was getting medical supplies in the country. In his opening remarks, Al Mandhari said 500 million tonnes of supplies were lying in the organisation’s warehouse in Dubai and had not been transported as Kabul Airport was closed for commercial flights.

However, Brennan noted that the WHO was exploring different options and “there might be some good news soon”.

Al Mandhari called on expatriate Afghans to help and urged all parties to respect international law. He also said the WHO would “stay and deliver” help to the Afghan people.