About 40-70 per cent of tuberculosis patients suffer from mental health disorders. As India has more than one-fourth of global TB cases and deaths, treatment protocols must take into account the new associations 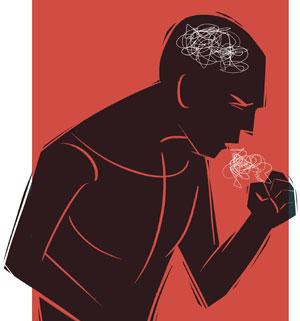 Three years ago, 29-year-old Brihaspati Pandey came to New Delhi from Basti, Uttar Pradesh, to attend a two-day meeting on tuberculosis (TB) . Pandey was taking treatment for pulmonary TB for about two months. After the first day, he went to his room and unpacked his medicines. “A health advocate colleague, who was sharing the room with me, asked me if I had TB,” he says. When Pandey replied in the affirmative, the colleague vacated the room immediately. “I developed an inferiority complex and started hiding my TB medicines. I even stopped taking medicines in front of anyone. Some of my family members also distanced themselves when they learnt of my condition,” adds Pandey.

The stigma associated with TB patients not only hinders adherence to treatment, but also adds to the stress and leads to mental disorders. According to a report by the World Health Organization (WHO), the prevalence of mental disorders, including depression and anxiety, among TB patients is estimated to be between 40 and 70 per cent.

A study published in the International Journal of Tuberculosis and Lung Diseases in 2008 says that the stigma affects the quality of patients’ lives and the effectiveness of TB medicines. The overall stigma index is the highest for India, the study found. However, there is little research and focus on the impact of the disease on mental health in India, and these cascading health problems have not been incorporated in TB treatment protocols. These findings assume significance as India accounts for more than one-fourth of the global TB cases and deaths. In 2015 alone, there were 2.8 million new cases, and 0.47 million deaths due to TB.

“The connection between TB and mental health starts right at the initial phase of diagnosis,” says Beena Thomas, a scientist with the National Institute for Research in Tuberculosis, Chennai. Irrespective of the literacy status of people, the perception and stigmatisation around TB influence the patient’s initial reaction to the diagnosis.

It also matters how the health practitioner discloses the news to the patient, and how the patient discloses it to the family. “All these factors impact mental health. If the family’s reaction is negative, it will impact the patient’s mental health. We still find that irrespective of one’s education, knowledge and awareness about TB are not what they should be,” says Thomas.

Apart from the mental health disorders that originate as a reaction to diagnosis and social stigma, there is another less studied aspect: drug-induced psychosis, depression and suicidal tendencies. Many anti-TB drugs like cycloserine precipitate major depression, anxiety or psychosis, says Thomas. She advocates counselling right from the initial phase of diagnosis to not only help patients cope with the disease, but also to help them understand the importance of adhering to the treatment. “Many patients tell us that if they had known that being irregular with treatment would lead them to multi-drug resistant TB, they would have adhered to the course,” says Thomas.

Take the case of 24-year-old Yasmeen (name changed), who lives in Tughlakabad village in New Delhi. She was diagnosed with the first category or drug-sensitive TB three years ago. The side-effects of the drugs, which included stomach discomfort, nausea and frequent vomiting, forced her to stop taking medication for two months. When her health deteriorated, she got herself tested, and found that she had developed multi-drug resistant (MDR) TB. “No one told me that missing doses would make the disease stage a comeback in a severe form. Had I known, I would have never missed a single dose,” she says. 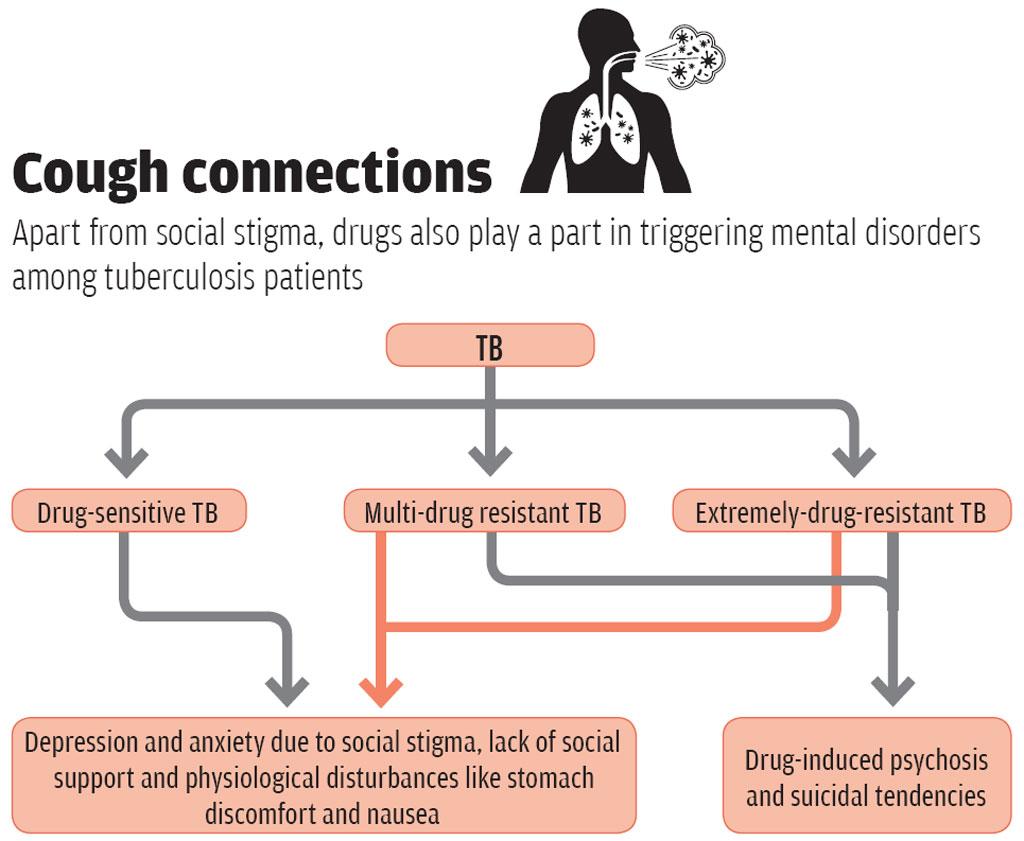 “The lack of counselling services for TB patients is the biggest gap in the treatment protocol,” says Blessina Kumar, chief executive officer, Global Coalition of TB Activists. Kumar cites the successful example of the HIV programme where robust counselling is an integral part of the treatment. She says that replicating such good practices for TB patients has been a struggle because TB treatment is largely based on medicines. “The so-called softer areas like counselling, patient care, adherence and nutritional support are not part of the treatment protocol, so they usually take the back seat,” she says.

So far, the Revised National TB Control Program has been focused on screening and treatment with little focus on mental health. There is no official data on suicidal attempts by TB patients. Paucity of research is another area which needs attention. Data on cases of depression, anxiety or other mental health issues among TB patients is also not available. However, the silver lining is that the country has belatedly woken up to the idea of integrating counselling in the TB control programme.

“We plan to appoint about 600 counsellors countrywide—one at every district centre for MDR-TB patients within a year. The process has already started. The project is being funded by the Global Fund for AIDS, TB and Malaria,” says Sunil Khaparde, deputy director-general, TB, Central TB Division, Union Ministry of Health and Family Welfare. The Tata Institute of Social Sciences (TISS) is the technical partner in the project, which will train the counsellors. The initial phase of the project, called Saksham Pravaah, started in 2016 with the appointment of counsellors in Maharashtra, Gujarat, Rajasthan and Karnataka.

“The initial progress has been to retain patients to continue treatment as also to bring back patients who had stopped treatment. Financial concerns are also one of the reasons for treatment default. That’s why counsellors of Saksham Pravaah link needy patients to social protection services and programmes like nutrition support and widow pension—both from government and non-governmental agencies,” says Shweta Bajaj, senior programme manager, Saksham, TISS.