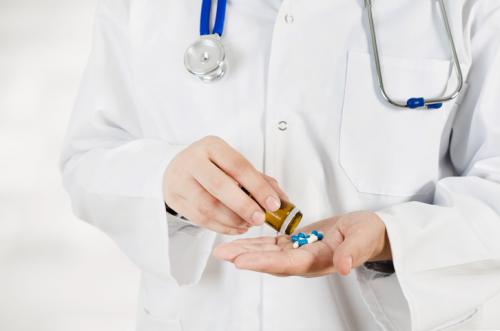 The World Health Organization (WHO) on Monday published its first-ever list of antibiotic-resistant "priority pathogens"–12 types of bacteria  that pose the greatest threat to human health.

The list is divided into three categories- priority, high and medium (see box below), according to the urgency of need for new antibiotics. It highlights the threat posed by gram-negative bacteria. Gram negative bacteria do not retain the crystal violet stain used in the Gram staining method of bacterial differentiation.

The pathogens from all three categories are resistant to antibiotics including those termed as ‘critically important for human health’ by WHO such as fluoroquinolones and cephalosporins and those used as ‘last-resort antibiotics’ to treat diseases such as carbapenems.

The high and medium priority categories contain other increasingly drug-resistant bacteria which cause more common diseases such as gastrointestinal diseases, pneumonia, gonorrhoea and food poisoning caused by salmonella. A recent report which analysed data from 28 member states of the European Union showed high multi-drug resistance (MDR) in salmonella across the EU. Resistance to colistin—a last resort antibiotic—was detected in salmonella and E. coli in pigs and cattle, said the report submitted by European Food Safety Authority and the European Centre for Disease Prevention and Control.

Dr Marie-Paule Kieny, WHO's Assistant Director-General for Health Systems and Innovation, says, “Antibiotic resistance is growing, and we are fast running out of treatment options. If we leave it to market forces alone, the new antibiotics we most urgently need are not going to be developed in time.”

The WHO received a request from member countries to develop a global list of antibiotic resistant bacteria to redirect the focus of development of new antibiotics on these pathogens. The list was developed in collaboration with the Division of Infectious Diseases at the University of Tübingen, Germany, using a multi-criteria analysis technique vetted by international experts. The criteria for selection were: how deadly the infections they cause are; whether their treatment requires long hospital stays; how frequently they are resistant to existing antibiotics when people in communities catch them; how easily they spread between animals, from animals to humans, and from person to person; whether they can be prevented; how many treatment options remain; and whether new antibiotics to treat them are already in the R&D pipeline. For instance, tuberculosis was not included in the list because it is targeted by other, dedicated programmes.