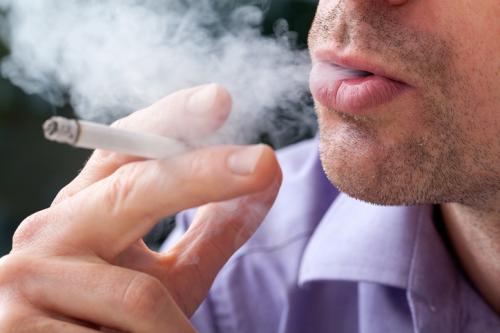 A report on the economics of tobacco control and its implication finds that policies such as taxation and price increase can generate significant revenue for healthcare and development work. The global report from World Health Organization and the National Cancer Institute of USA says that these measures reduce tobacco use and its economic burden.

If left unchecked, the tobacco industry and its products can cost more than US $1 trillion annually in healthcare expenditures and lost productivity, according to The economics of tobacco and tobacco control. Currently, around 6 million people die annually as a result of tobacco use.

Around 80 per cent of all smokers live in low- and middle-income countries while approximately 226 million of them live in poverty.

“The tobacco industry produces and markets products that kill millions of people prematurely, rob households of finances that could have been used for food and education, and impose immense healthcare costs on families, communities and countries,” says Oleg Chestnov, WHO’s Assistant Director-General for Non-communicable diseases and mental health.

The WHO report states if all countries raise excise taxes by $0.80 per pack, the resultant increase in retail prices will lead to a 9 per cent decline in smoking rates up to 66 million fewer adult smokers. The taxation will also generate revenues worth $140 billion globally. In 2013-2014, global tobacco excise taxes generated nearly US$ 269 billion in government revenues. Of this, less than $1 billion was invested in tobacco control.

"The research confirms that evidence-based tobacco control interventions make sense from an economic as well as a public health standpoint," says the monograph's co-editor, Distinguished Professor Frank Chaloupka, of the Department of Economics at the University of Illinois at Chicago.

The report takes to myth-busting and finds that tobacco control does not harm economies. The number of jobs dependent on tobacco has been falling in most countries, largely due to technological innovation and privatisation of once state-owned manufacturing. Tobacco control measures will, therefore, have a modest impact on related employment, and not cause net job losses in the vast majority of countries, it says. Programmes substituting tobacco for other crops offer growers alternative farming options as per the report.

Control policies also reduce the disproportionate health and economic burden that tobacco use imposes on the poor, the report says. Tobacco use is increasingly concentrated among the poor and other vulnerable groups.

Highlighting the challenges facing tobacco control, the report says that high levels of corruption, lack of commitment to addressing illicit trade, and ineffective customs and tax administration drive tax evasion and need to be addressed.

Another challenge, the report points out, is the increased market power of tobacco companies in recent years. As of 2014, five tobacco companies accounted for 85 per cent of the global cigarette market, which is bound to hinder tobacco control.

The report adds that progress is being made in controlling the global tobacco epidemic, but concerted efforts are needed to ensure progress is maintained or accelerated. In most regions, tobacco use prevalence is stagnant or falling. But increasing tobacco use in some regions, and the potential for increase in others, threatens to undermine global progress in tobacco control, it adds.