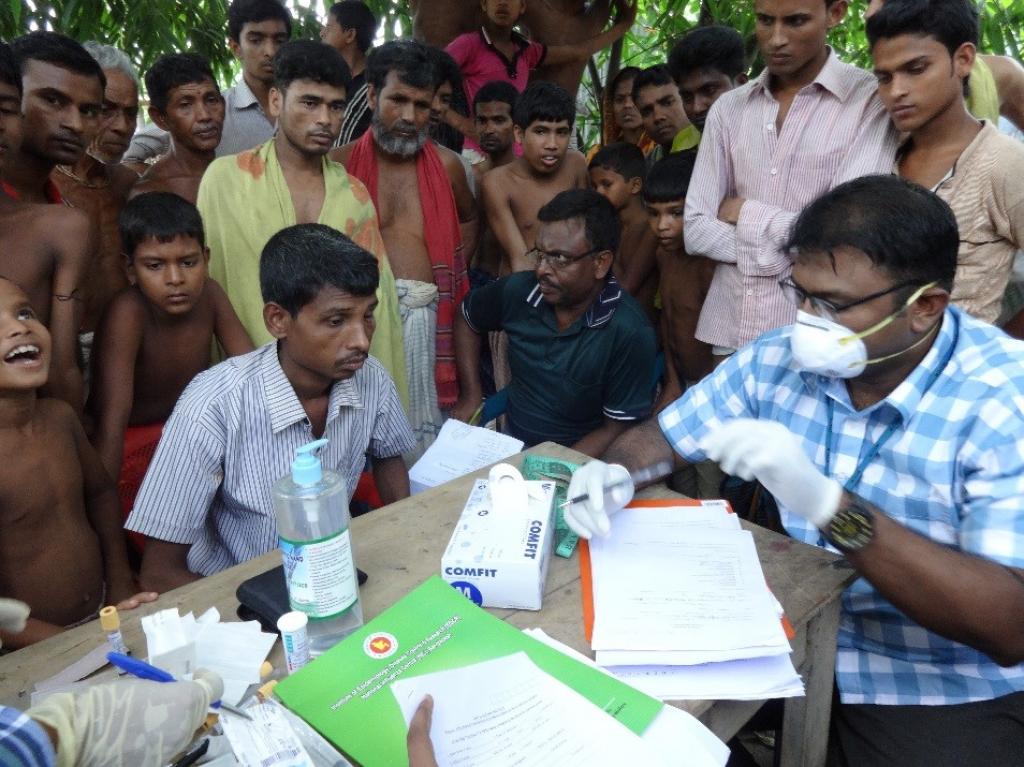 Today, World Tuberculosis Day is being observed across countries under the theme 'Unite to end TB'. India accounts for more than one-fourth of total tuberculosis (TB) cases and deaths in the world. In 2015 alone, there were 2.8 million new cases and 470,000 deaths due to TB, according to the WHO global report. The discourse on TB in India mostly revolves around remission of symptoms, drug-regimen, prevention and treatment. However, one crucial aspect that often seems to be missing from the discourse is the impact that TB has on mental health.

“TB has been extremely medicalised and the so-called softer areas like counseling, patient care, adherence support, nutritional support and psychological support are seen as not so medical. So, they have always taken the back seat. If you look at the TB response, it’s only got to do with tools. Though they are very important, we shouldn’t forget that all these together contribute to our success,” says Blessina Kumar, chief executive officer, Global Coalition of TB Activists.

TB interferes with various facets of life, including physical, psychosocial and economic. Its impact on mental health can be understood by segregating it into two aspects. One is the impact that comes with the diagnosis of the disease—the stigma and loss of social standing—while the other is drug-induced psychosis and side-effects.

A 2014 case report published in the Journal BMJ presented the case of a 25-year-old male, who was undergoing treatment for multidrug-resistance tuberculosis (MDR-TB). He developed drug-induced psychosis. The psychiatric symptoms were ascribed to the anti-TB drugs which were duly withdrawn by the treating doctors and supplemented with other drugs. However, the victim continued to have psychiatric symptoms and committed suicide in the hospital. The report concluded that preventive strategies must be undertaken by hospital authorities in patients admitted for psychiatric or other symptoms.

“There is a paucity of research that explores the exact association between TB and suicides,” says C. Behera, assistant professor, All India Institute of Medical Sciences and co-author of the study. Behera adds that it is difficult to even get data on suicide cases with a history of TB. “There should be a proper database on suicide cases, their causes and whether they had a history of tuberculosis,” he suggests.

Apart from the definitive psychological side-effects of certain drugs like cycloserine, which is used in MDR-TB, there are other drug-induced side-effects which add to mental woes.

“There are other drugs which cause side-effects like gastrointestinal issues, red-coloured urine and nausea. What’s needed is actual counseling because they may not have a direct impact on psychological health but they cause tension. This is the biggest reason that the minute patients start feeling better they do not want to go back to drugs. The lack of counseling services for TB is the biggest gap and even the best of diagnosis and treatment are not enough unless and until the patients are counseled and given the right information,” says Kumar.

Apart from drug-induced side-effects, the stigma attached to TB often causes discrimination against patients, resulting in job loss, social ostracisation and turbulence in inter-personal relationships among other reasons, which impact mental well-being.

A 2016 study published in the Journal of Family Medicine and Primary Care analysed 100 consecutive cases that were diagnosed with tuberculosis and referred to psychiatry department from February 2015 to November 2015. Analysis of data revealed that psychiatric symptoms were present in 74 per cent patients. The symptoms could be due to various reasons, including chronic nature of the disease, long and costly treatments, social stigma associated with TB and medical problems such as infertility, pain and breathlessness, the study said, adding that physical weakness associated with the disease leads to frequent abstinence from workplace, which adds to more stress financially.

“Poor social support system gives patients a feeling of being neglected, isolated and worthless,” it said while adding that psychiatric morbidity was present in the diagnosed cases of tuberculosis and it should be evaluated further on a bigger target population. Proper psychoeducation, timely intervention in the form of proper diagnosis and specific treatment were some of the recommendations by the study.

Another study published in 2005 in the journal Social Science and Medicine interviewed patients registered for treatment between July and December 2000 in government health facilities of two tuberculosis units in south India. About half of the patients reacted to the disclosure of the diagnosis with worry and 9 per cent with suicidal thoughts.

“Tuberculosis control programmes should address issues such as continued respiratory symptoms, persistence of stigma and poor emotional quality of life of patients with tuberculosis, even after they are cured. As well, providing social support for the needy, timely counseling and health education of patients, which will alleviate mental and social sufferings of patients, should be considered,” the study recommended.

Lack of counselors worsening the problem

Severe depression is sometimes seen, especially among MDR-TB patients. “There is a provision that every drug-resistant TB centre across the state should have a counselor, but it started just last year. If you ask me there should be a counselor for every patient but the number is huge. So, it is a question of how we manage it from the programme point of view,” says Subrat Mohanty, senior manager – project coordination, International Union Against Tuberculosis and Lung Diseases.

The ‘Guidelines on Programmatic Management of Drug Resistant TB’ under the Revised National Tuberculosis Control Programme have mentioned counseling as an important part of the treatment.

However, Kumar categorically says that there is a dearth of counselors. “If there were counselors, we would not be getting the number of calls that we get. We do not even advertise ourselves. So, patients are going through a lot of searching and finding somebody with the name tuberculosis, calling us and breaking down because they are not being able to cope. Even if there are counselors, then they are not being effective.”

In an article published in the Indian Journal of Medical Research in 2013, Bawo O James, consultant psychiatrist at Nigeria’s Federal Neuropsychiatric Hospital, said, “Going forward, clinicians must begin to see the neglect of screening or enquiring about suicide behaviour and other mental disorders as a disservice to their clients.”

He further adds, “Detecting and managing behavioural disorders improves quality of life on one hand and enhances the attainment of treatment goals on the other. Making these enquiries routine can also counter the barrier of stigma, which has been reported by clinicians to hinder their enquiry.”

Public health advocates have been pushing for enhanced focus on professional counseling in TB control and the awaited National Strategic Plan 2017-2025 for TB Elimination in India (read draft)will throw light on how serious are the policy makers about this aspect.