Lack of enforcing protocols is pushing up cesarean deliveries in India 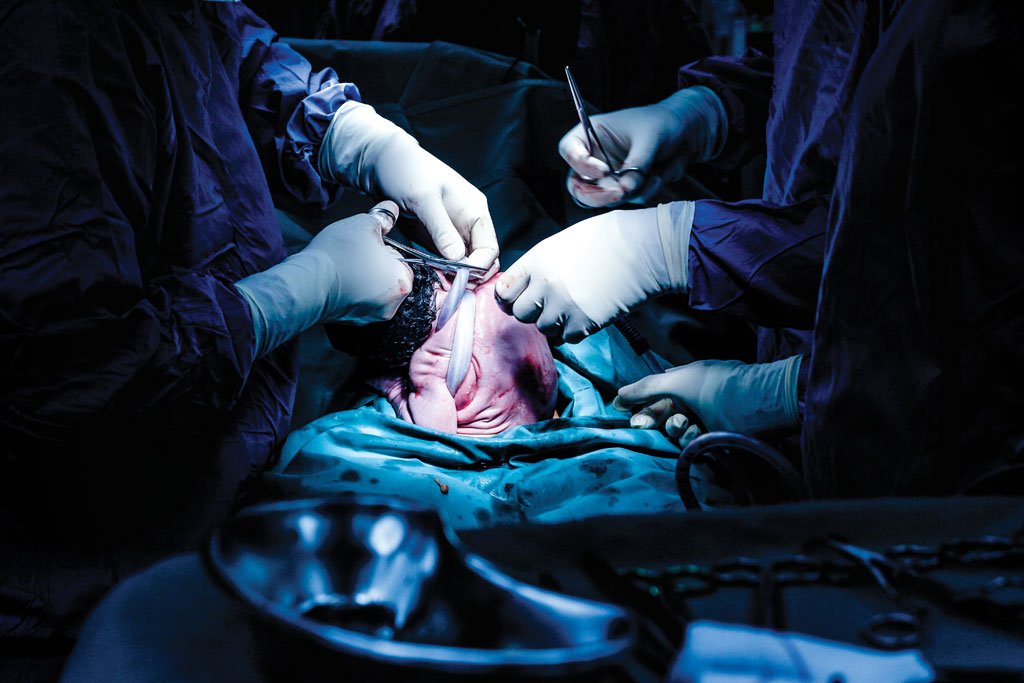 If you've had a chance to visit a maternity clinic or the family of a newborn, then you must have heard about the “cesarean-section (C-section) v normal delivery” debate. Elderly women often lament how these days one always sees cesarean deliveries, sometimes even when they aren’t needed.

These concerns are not imaginary. The C-section rate in Delhi is over 23 per cent in public and nearly 54 per cent in private hospitals, says a study by the Sitaram Bhartia Institute of Science and Research (SBISR), New Delhi. A study by Tiziana Leone of the department of social policy, London School of Economics, the UK, found that in some regions in India, C-section rates were over 30 per cent, far higher than World Health Organization’s (WHO) recommended rate of 10–15 per cent. It is over 41 per cent in Kerala and 58 per cent in Tamil Nadu, says the National Institute of Epidemiology, Chennai. Worse, C-section rates are increasing—for instance, it has gone up from 17 per cent in 2001 to nearly 29 per cent in 2011 in Seth Gordhandas Sunderdas Medical College and King Edward Memorial Hospital, Mumbai.

There is no denying the utility of C-section as an intervention in containing maternal mortality and neonatal mortality. Now a new study published in The Journal of American Medical Association reports that C-section rates can go as high as 19 per cent in a population. Rates higher than 19 per cent were not found to be associated with maternal or neonatal mortality (see interview). Prakash Trivedi, president, Federation of Obstetrics & Gynaecological Societies of India, says increased rates are justified, “as the goal is not just to deliver a baby, but to deliver a healthy baby”. He adds rising numbers of late pregnancies, in vitro fertilisation (IVF), conception after a previous C-section surgery, and women with fibroids have increased rates.

Diminishing patience among pregnant women to bear labour pain is also to be blamed. Sometimes women themselves opt for a C-section delivery for superstitious reasons—like wanting to birth the baby on an auspicious date. Another reason is the trend in large corporate hospitals, where consultant doctors are not available all the time. So deliveries are planned in advance to suit the availability of doctors and patients leading to higher rates.

In 2015, the department of obstetrics & gynecology, L G Hospital, Ahmedabad, analysed 500 C-section cases to find out why doctors chose C-section. They found the most common reasons were previous cesarean operation, followed by fetal distress and mal-presentations. But it is a myth that once a woman has delivered via C-section, all subsequent births must be through C-section. A woman who has had a C-section in her first delivery has the option of a repeat C-section or VBAC (vaginal birth after C-section) in her second pregnancy.

A taskforce set up by the Indian Council of Medical Research published a study in the International Journal of Reproduction, Contraception, Obstetrics and Gynecology in 2014 which found: “Even though the successful VBAC is considered safer than routine repeat cesarean section, the enthusiasm for VBAC is found to be decreasing now due to several reasons.” It adds, “Repeat caesarean section and planned vaginal birth after caesarean section are both associated with benefits and harms and correct management represents one of the most significant and challenging issues in obstetric practice.”

On the one hand, many unnecessary cesareans are happening, and on the other, not enough necessary cesareans are happening, says Vandana Prasad, founding secretary, Public Health Resource Network, New Delhi. “The rates 10 and 19 per cent are not so important for India. What is needed is to regulate and nationalise care (maternity) and set up systems and processes for monitoring and surveillance so that cesareans happen where they are needed and not where they are not needed,” she adds.

Driven by supply, not demand

So why do doctors choose this option? C-sections are more expensive—usually costing 1.5 to two times more than a normal delivery. “High rates in India are driven by doctors and lack of protocols. Reimbursements, private insurance and increasing wealth mean that there is a tendency to rely on C-sections more in private hospitals,” says Leone. There is also a tendency to believe that more intervention is better. Leone studied cesarean rates in six Indian states—Punjab, Maharashtra, Andhra Pradesh, Kerala, Tamil Nadu and Delhi—and found that cesarean delivery in India is driven more by supply than by demand.

Her results are corroborated by the SBISR study, which says prevalent practices deviate substantially from a wide range of national and international evidence-based guidelines. This includes private institutions where the patient or insurance provider pays for care and where infrastructure resources may be less limiting.

The SBISR study highlights the overuse of investigations such as ultrasounds and interventions such as C-section, induction, and episiotomy, especially in private facilities, and a deficiency of patient-centered practices such as counseling and labour support, particularly in public hospitals.

Similar forces pushed C-section rates to more than 80 per cent in the private sector in Brazil. This compelled the Brazilian government to introduce new cesarean birth rules in July 2015 to bring down the astronomically high rates.

The Indian Government would do well to take a cue and enforce evidence-based guidelines stringently. When a doctor chooses to do a C-section, he/she should be able to justify the decision.