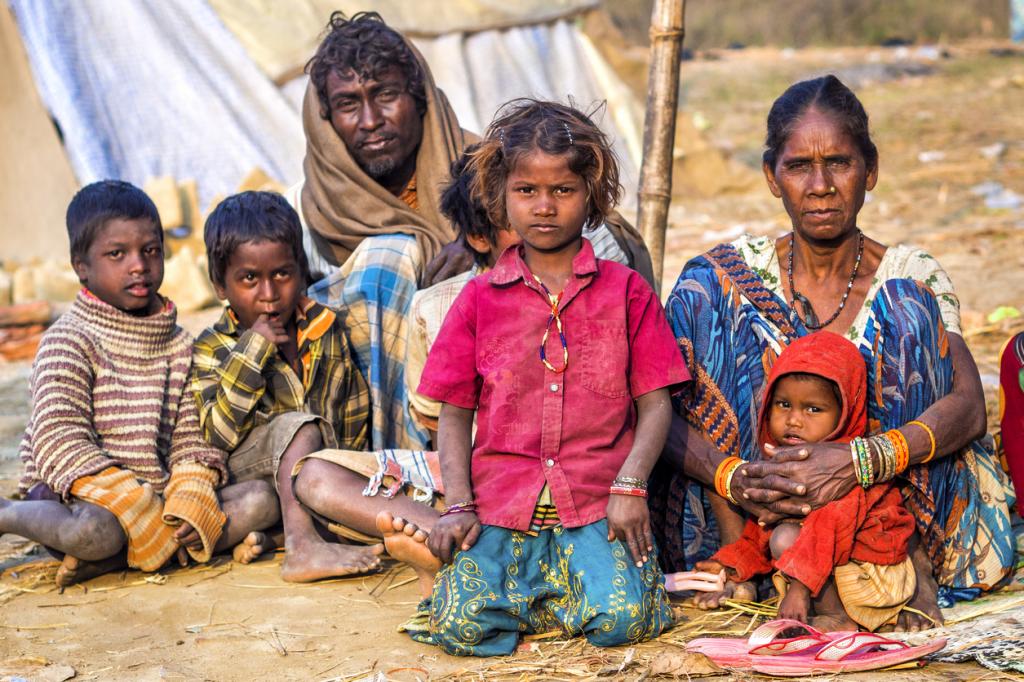 This story was corrected on December 14, 2021 to clarify some constituencies mentioned as part of erstwhile Andhra Pradesh are now part of Telangana. It was originally piublished on December 13, 2021.

The report was based on a study of 220,000 children aged 0-5 years across 3,940 legislative Assembly constituencies from geographic regions covered in the National Family Health Survey, 2015-2016. The data was analysed by a group of public health and population science researchers from universities in the United States, South Korea and India based on the four undernourishment indicators — stunting, being underweight, wasting and anaemia — among children up to five years.

There have been earlier attempts of studying child undernourishment, the authors of Estimating the Burden of Child Undernutrition for Smaller Electoral Units in India looks into assembly constituencies, making it a first-of-its-kind study.

But the study also highlights the uneven distribution of undernourishment: No state fared badly in all four indicators. Punjab, for instance, reported a high prevalence of anaemia but low prevalence of stunting, underweight and wasting.

Policy initiatives driven by assembly constituencies can be more precise with greater political accountability, the researchers wrote, explaining how they selected their study units. The paper added:

A member of a legislative assembly “votes on demands for grants in the budget, and decides on governance lapses, as brought by audit reports by the comptroller and auditor general”, the researchers observed.

Parliamentary constituencies are fairly large units, with substantial heterogeneity within them, according to the researchers. “Assembly constituencies, on the other hand, are local electoral units that remain unexplored.”

The four chariots of malnourishment

Down To Earth analysed the data from the study to identify the constituencies that fared worst across the four indicators.

Stunting: Nine of the top 10 constituencies were from Uttar Pradesh, including the worst performer — Ghorawal (60.94 per cent). 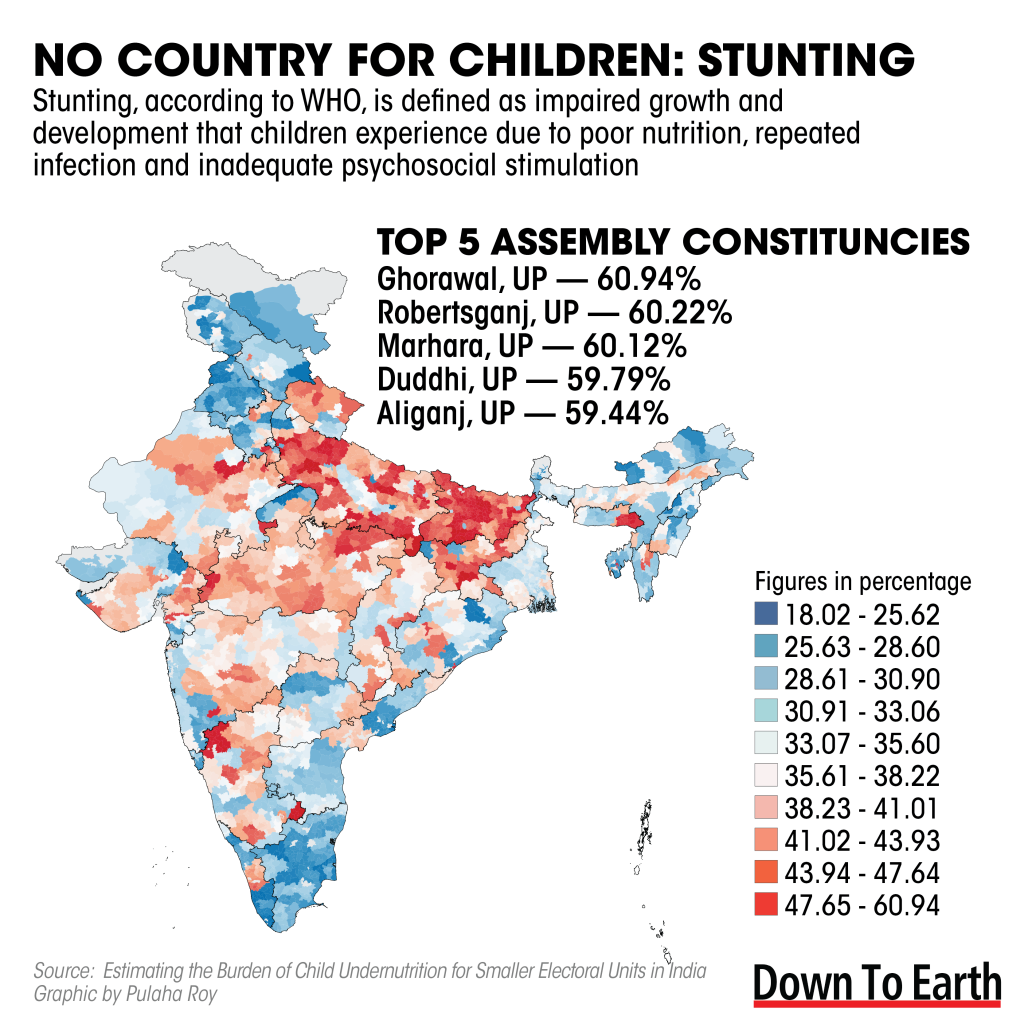 Underweight: Jharkhand, Maharashtra and Telangana had three constituencies each in the top 10 list, and Karnataka had one.

Jharkhand’s Khunti was the worst performer, according to the report. All the top five constituencies in the ranking were under reserved seats (scheduled caste / scheduled tribe). 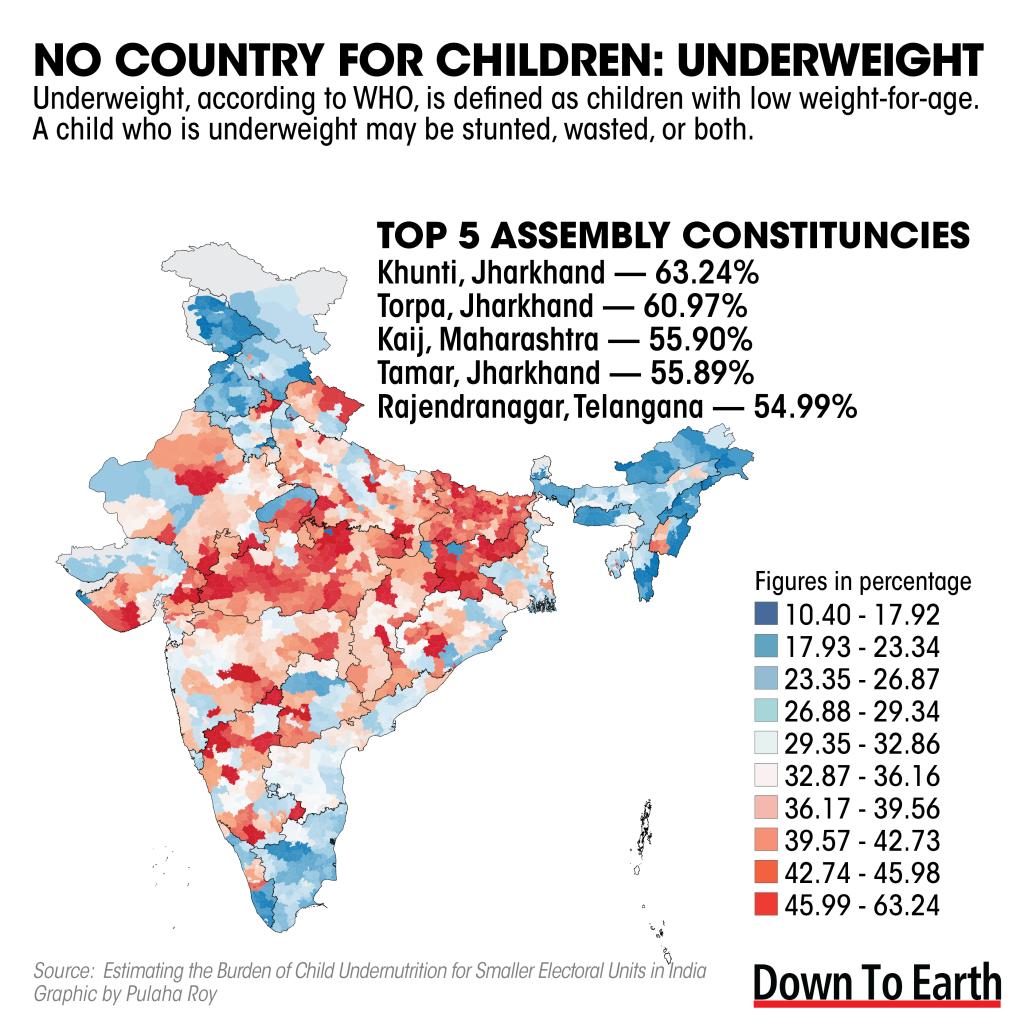 Wasting: Nine of the 10 constituencies with the highest proportion of wasted children were spread across Karnataka (4), Jharkhand (3) and West Bengal (2). Jamua in Jharkhand, scheduled caste assembly seat, topped the chart. Radaur in Haryana ranked 7th, the report showed. 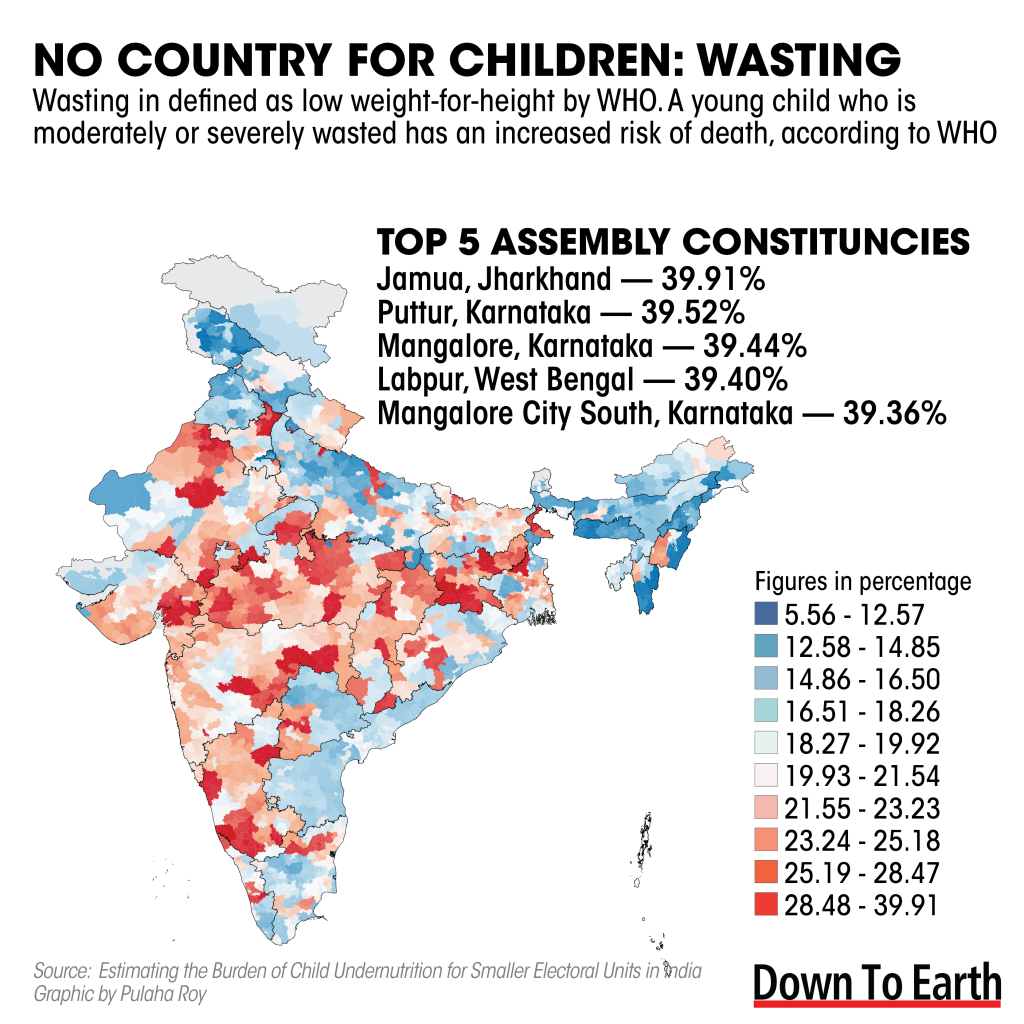 Anaemia: Telangana had the highest prevalence with eight of the top 10 constituencies. Basavakalyan and Aurad in Karnataka also feature in the ranking.

Medchal in Telangana (83.05 per cent) had the highest prevalence of children from anaemia. 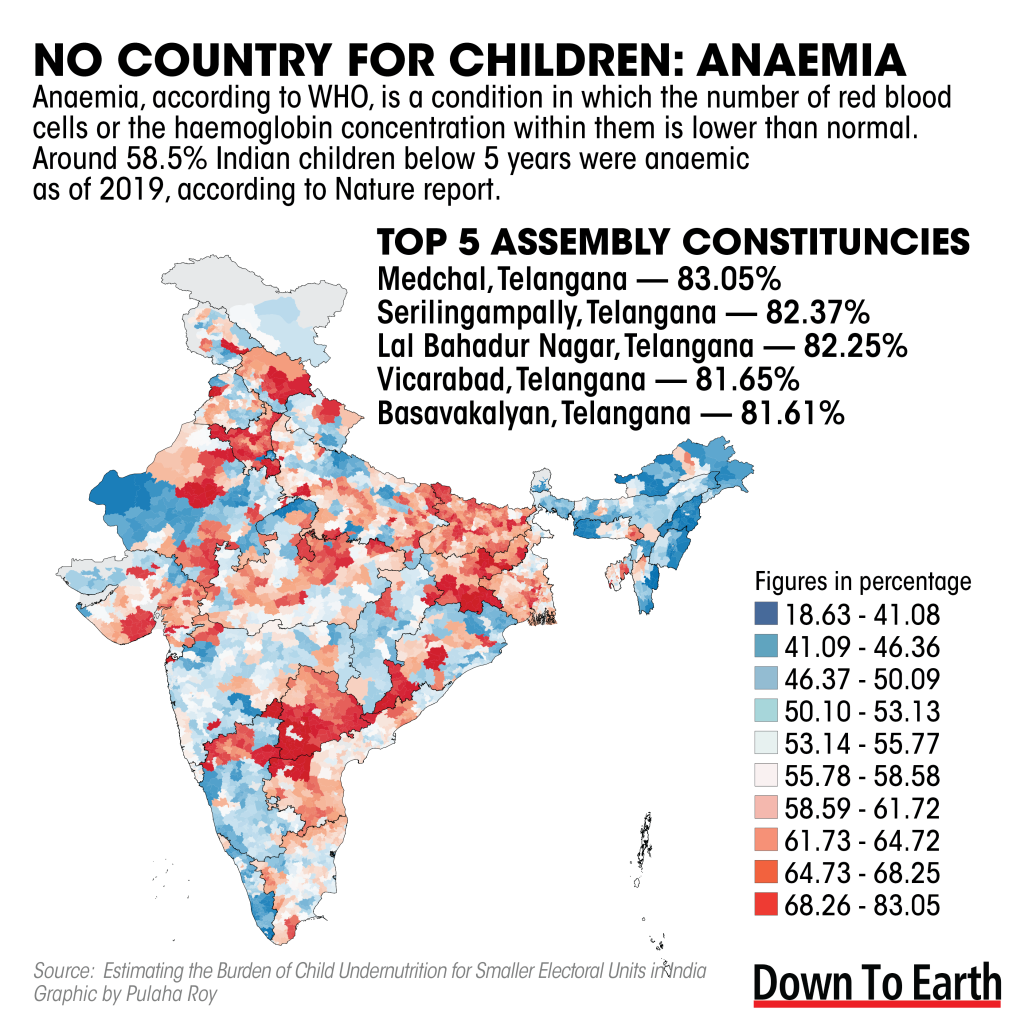 The causes of undernutrition in children in this age group are rooted in socioeconomic determinants distributed unequally across the country, according to the report. The estimates that emerged from this analysis can help in identifying areas with high malnutrition burden in areas where resources are scarce.