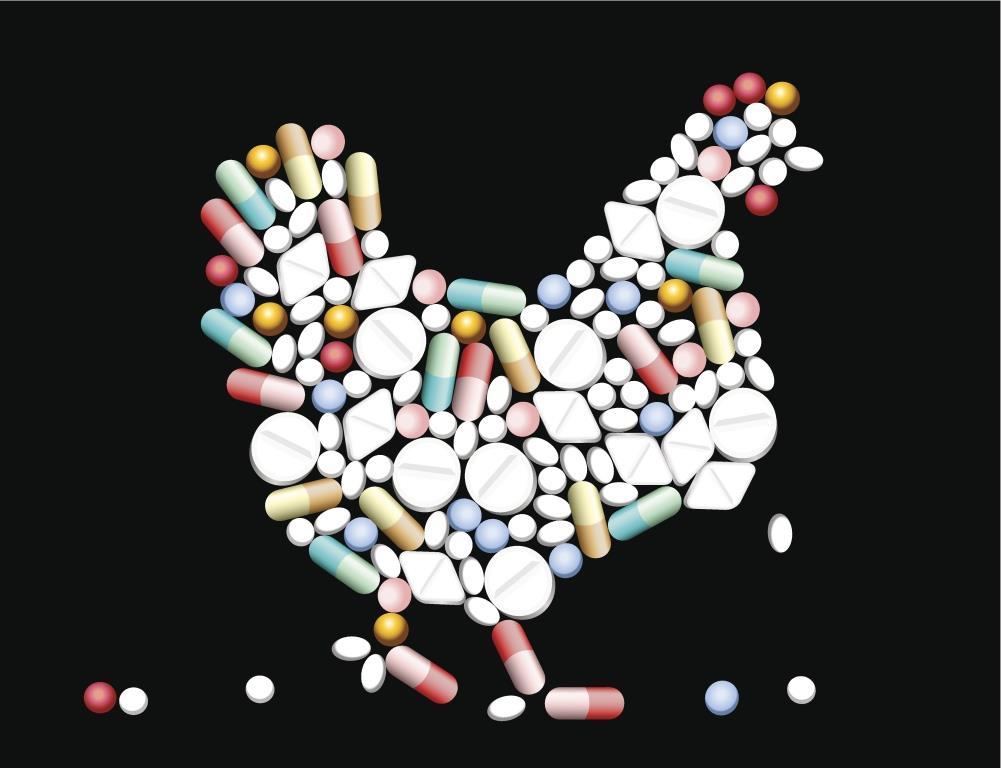 The report should be a clear indication for policy makers to reduce global use of antimicrobials in production of food, including food-producing animals.

The study has also highlighted the danger of antibiotics found in effluents released by pharmaceutical companies amid lack of norms. The report is the third in a series of reports released by Review on Antimicrobial Resistance, an institution commissioned by UK Prime Minister David Cameron last year to study antimicrobial resistance.

The study also points out that large scale antibiotic use in agriculture – in food animals, aquaculture and crop growing, across the globe. High use of antibiotics among food-producing animals leads to entry of antibiotics in the environment through animal excreta.

The report proposes three interventions to tackle antibiotic use in food animals and antibiotic releases in industrial effluents:

The report suggests that low and middle-income countries would need more time to achieve this target, while high-income countries could arrive at this target in ten years. Apart from the quantity of antibiotic use, the types used are also important, the report adds. The report mentions that there is overlap of antibiotics used in humans and animals and hence, countries should collectively agree to restrict or ban antibiotics important for humans to be used in animals.

The second measure is to set minimum standards to reduce antibiotics in effluents released from pharmaceutical companies, including ones that manufacture active pharmaceutical ingredients (APIs).

Where does India stand?

India was one the top five consumers of antibiotics in food-animals in 2010, as reported by researchers at Princeton University and the Centre for Disease Dynamics, Economics and Policy earlier this year. According to the study, the level of antibiotic use is projected to double between 2010 and 2030 in India and the country is reported to remain a top consumer till 2030 as well.

Globally, India is a hub for manufacturing APIs. A 2007 study conducted by Swedish scientists reported high levels of several broad-spectrum antibiotics in effluent from a waste-water treatment plant in Patancheru, a hub of API manufacturing companies located near Hyderabad. The study adds that the effluent was released into a nearby river.