Ventilators for COVID-19: Crisis looms in several states even after 50,000 allocated

More than 7,000 of the Centre-allocated ventilators are lying idle 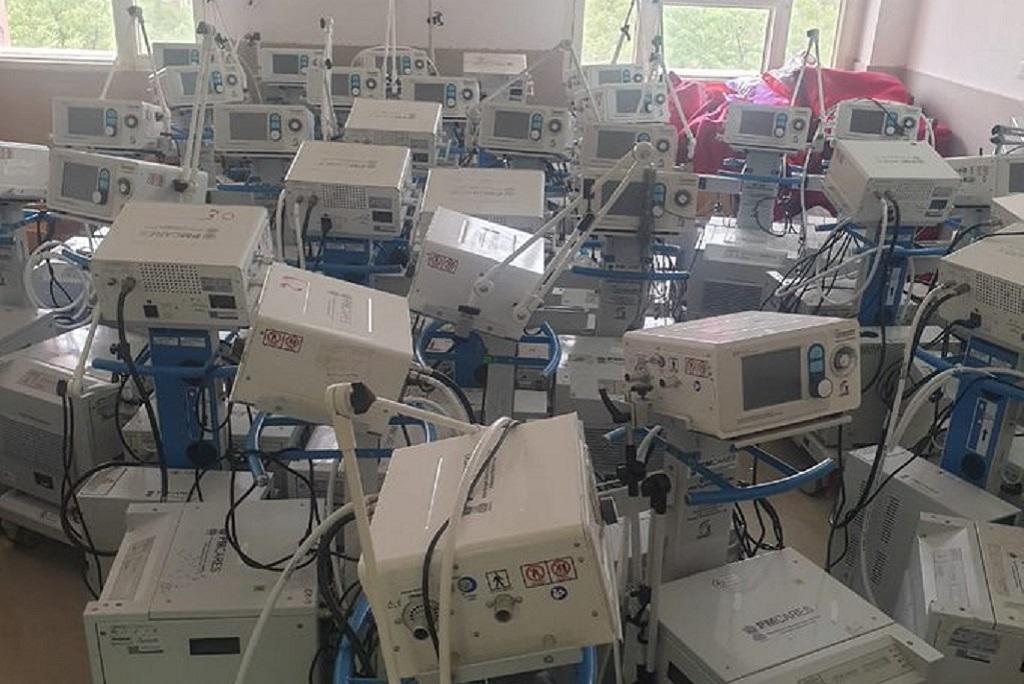 “Don’t count on what is being said, no government hospital has beds. Nobody knows when it will be available. Who will get it?” said Delhi’s district surveillance officer to Down to Earth in April 2021, when the second wave of the novel coronavirus disease (COVID-19) pandemic was at its peak in the city.

The crisis was not restricted to Delhi. Across the country, patients are succumbing to COVID-19 due to the unavailability of ICU beds and ventilators even now. On May 18, the country’s COVID-19 toll rose to 278,719. Several high courts have criticised the handling of the crisis by the states.

On May 17, 2021, the Allahabad High Court observed that the entire medical system in UP is “Ram Bharose (at the mercy of Lord Ram).”

Down To Earth investigated the per capita availability of ICU beds in various parts of the country. Even during the second wave of COVID-19, Sikkim had zero ICU beds and Bihar, a lager state with 104 million people (Census 2011), had just has one ventilator per 0.2 million people.

Several state governments like Punjab, Maharashtra and Rajasthan have questioned the central government over the quality of ventilators they received through the Prime Minister's Citizen Assistance and Relief in Emergency Situations Fund (PM CARES Fund).

The chief minister of Rajasthan, Ashok Gehlot, wrote on microblogging site Twitter May 13: “Some 1,900 ventilators received are not in sound condition. Due to the pressure drop, ventilators stop working after one-two hours.”

The chief ministers of Punjab and Maharashtra have levelled similar allegations.

Prime Minister Narendra Modi chaired a high-level meeting soon after, ordering an audit of such ventilators.

Allocated but not installed

The Centre shared data .on the number of patients in ICU and on ventilator for the first time at a cabinet meeting on May 8, 2021. Of the total active cases on that day, 1.34 per cent were in ICU and just 0.39 per cent required ventilator support, said the Union health minister Dr Harshvardhan.

India had 3.7 million active cases as on May 8, 2021, and according to the data presented by the ministry, 14,521 patients were on ventilator support. Whether this number included those who didn’t get an ICU bed due to the unavailability is not known.

Five per cent COVID-19 patients require ventilation, according to the World Health Organization (WHO). On May 18, India’s active caseload increased to 3.21 million and should would have required about 0.2 million ventilators, going by WHO’s estimate.

On May 1 last year, the Union health ministry estimated India would require 75,000 ventilators by June 2020. But there is no official data available in the public domain for the additions made in the year since.

DTE analysed information from various sources to gauge the current picture and found discrepancies in the government’s versions.

The government allocated 50,932 new ventilators beds across states and UTs but only 37,899 have been installed and 7,294 could not be installed.

Various districts of Uttar Pradesh, Bihar, Gujarat, Maharashtra, Chhattisgarh, Madhya Pradesh are awaiting the installation of these allocated ventilators. Various documents and reports with DTE corroborate the above fact.

Some COVID-19 patients cannot breathe with external support due to severe infection in the lungs. These patients require invasive ventilator support.

During the invasive ventilation process, a tube is inserted between the lungs through the windpipe. This process is called intubation. This helps the patients, who are suffering from Acute Respiratory Disorder syndrome, to breathe properly.

This process is complex and requires frequent adjustment of air pressure. Thus, to maintain the correct airflow, a doctor and a skilled paramedic are need for every such bed.

In various cases across the country, relatives of patients have accused the hospital administration of not attending to the patient properly. They believe this is the reason behind the deaths. Some have even demanded live footage of patients on social media.

COVID-19 patients with lung infection should be treated with Continous Positive Airway Pressure (CPAP), which is non-invasive ventilation, according to WHO.

Even Allahabad High Court ordered the UP government to buy HFNC on May 17, 2021 to support severe patients who require ventilation. Various doctors have claimed better results with the use of this therapy.