What ails the 'right' to die with dignity? 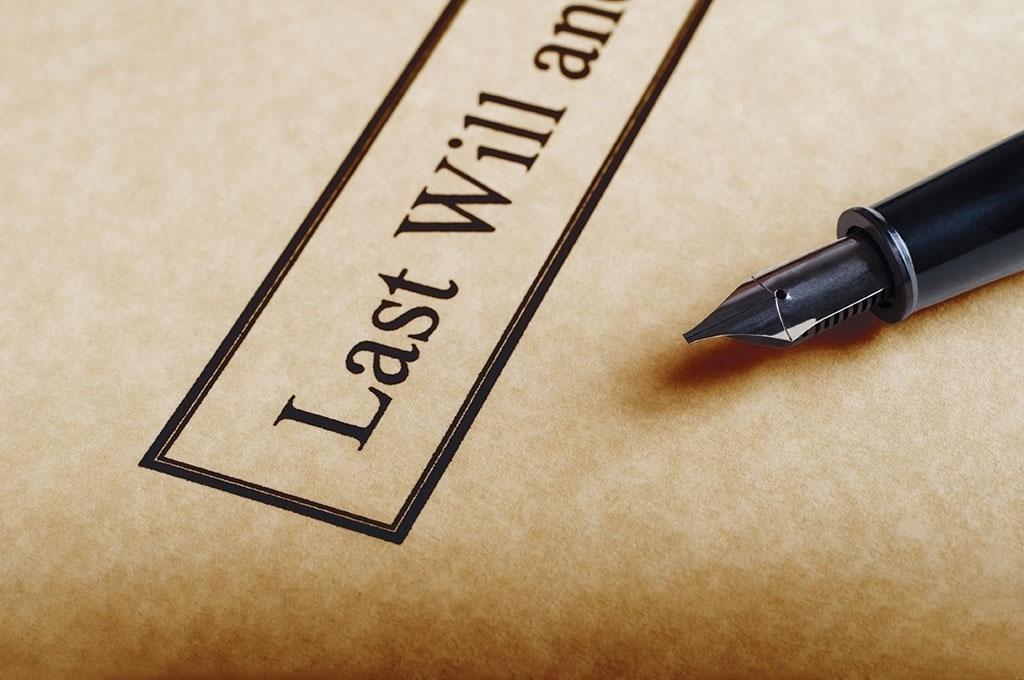 On March 9, 2018, the Supreme Court (SC) in a landmark judgement declared the right to die with dignity as a fundamental right and passed an order allowing End of Life Care (EOLC), passive euthanasia in common parlance, in the country. Justice D Y Chandrachud, a member of the five-judge bench of the apex court headed by the Chief Justice of India Dipak Misra, said, “Life and death are inseparable. Every moment our bodies undergo change… life is not disconnected from death. Dying is a part of the process of living.”

In passive euthanasia, the patient dies because the mechanism (life-support machines) that keeps the patient alive is removed. In active euthanasia, medical professionals, or a relevant authority, act upon a patient’s desire (such as giving an injection or medication) to die.

The bench issued guidelines in recognition of the “living will” made by terminally ill patients. The SC said that directions and guidelines laid down by it shall remain in force till a legislation is brought on the issue. The living will should be signed in the presence of two attesting witnesses and counter-signed by the concerned Judicial Magistrate of First Class (JMFC). The judgment has provided some sanguinity to the long demand for the “right to die” but has raised many tough questions. Take the case of Ritika Sinha (name changed), a woman in her early 30s, who has not stepped out of her home at Kanpur’s Yashodanagar locality for the last 13 years. Muscular dystrophy rendered the commerce graduate motionless in 2005. Her mother, in her late 50s, lies completely paralysed and bedridden in the same house for the past several years.

The family has no permanent source of income as the only male member, the father of Ritika, passed away due to heart attack and diabetes in 2004. Now, a local vyapari mandal provides them ration and a neighbourhood boy in his teens comes and prepares tea for them. “My life is of no use. Even if I have to relieve myself in the morning, I have to wait for my neighbour to come and take me to the washroom,” says Ritika. She says that since 2014 she has written several letters to the Kanpur local administration, the Uttar Pradesh and Central governments to come to their rescue and at least provide them some treatment. “All the pleas have fallen on deaf ears,” she says. After the EOLC judgment, she wrote to the President of India to allow them to “end their lives”. A large section of the media published their appeal verbatim.

R K Mani, an EOLC advocate and senior member of the Indian Society of Critical Care Medicine, which was also a party in the case in SC, says the judgment is amply clear that life-support care can only be withdrawn if the disease is terminal and treatment is doing no good. In the Kanpur case, the unfortunate duo is actually demanding active euthanasia, which has been termed purely illegal in the judgment though it is allowed in a few countries (see ‘World of euthanasia’). “If the girl demanded so, it can be understood that she was ill-informed. But why did the media publish it blindly,” asks Mani. “It should go down in textbooks as a classic case of misinformation.” 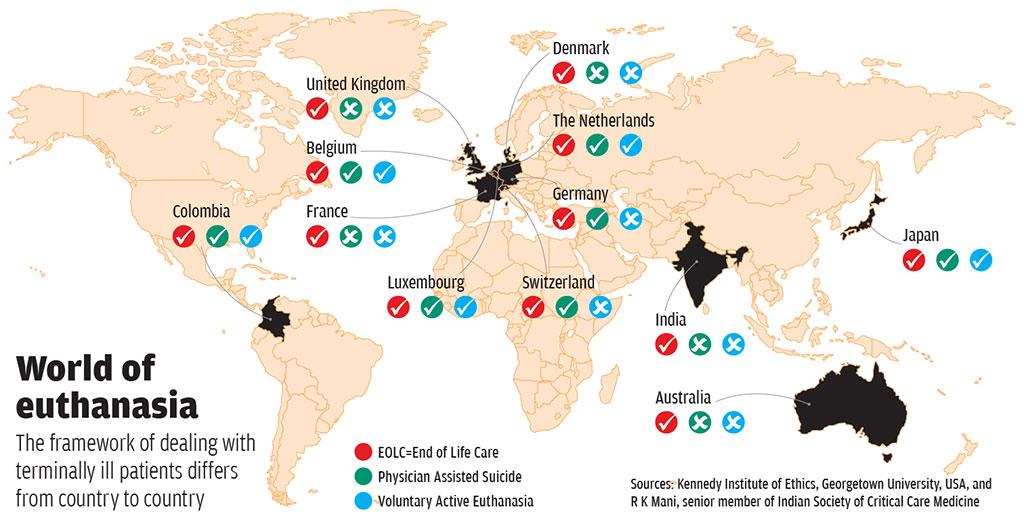 The legal history of EOLC dates back to Aruna Shanbaug’s case. In 2011, the SC had recognised passive euthanasia in Shanbaug’s case and permitted withdrawal of life-sustaining treatment from patients not in a position to make an informed decision. The Centre had opposed recognition of living will and said the consent for removal of artificial support system given by a patient may not be an informed one and without being aware of medical advancements. “In the March judgment, SC has provided legality to the concept of living will,” Rohit Kumar Singh, an aide of Prashant Bhushan told Down To Earth (DTE). Bhushan was the advocate for Common Cause, a non-profit pleading for EOLC in the SC.

However, there is a three-tier process that has hurt the proponents of EOLC the most. If the executor of the will becomes terminally ill and is undergoing prolonged medical treatment with no hope of recovery, the doctor shall constitute a board consisting of experts of general medicine, cardiology, neurology, nephrology, psychiatry or oncology with experience in critical care on the request of family members. After the certification of the board, the district collector concerned will constitute a board of medical experts. After the consent of the second board, the last call will have to be taken by JFMC.

If the permission to withdraw medical treatment is refused by the hospital’s medical board, the family members of the patient can approach the high court concerned. The court will form a board of medical experts who shall submit their report. The court, in turn, would take a final call. In cases where there is no advance directive, the process shall remain the same and the doctor treating the patient would be responsible to inform the hospital about constituting a medical board. The will can also be changed any number of times or it can be revoked by the executioner.

Consider the case of 60-year-old Mani Shah (name changed) of Mumbai. He fell down while walking a few months ago and had to undergo a hip transplant. Due to diabetes and age-related complications he soon developed septecimia and in mid-March the family decided to bring him home after doctors deemed his chances of recovery bleak. “In such mentally distraught condition, I don’t have the energy to run to government offices (to seek passive euthanasia). The process could have been made simpler,” his son tells DTE.

“The process is so cumbersome that it is simply not workable. The fact that there is no deadline for all these boards further compounds the problems,” says S Dhelia, general secretary of Mumbai-based organisation Society for Right to Die with Dignity. The complex legal formalities have to be simplified if terminally ill patients are to be provided the right to die with dignity and their caregivers the right to let their loved ones go with dignity.

(This article was first published in April 1-15 issue of Down To Earth, under the headline 'Euthanasia Unplugged')