WHO declares end of Ebola transmission in Guinea

This is the first time that the three host countries — Guinea, Liberia and Sierra Leone — are free of the virus 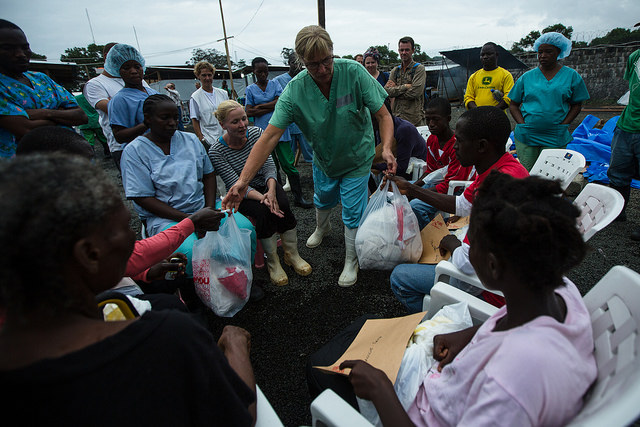 The World Health Organization (WHO) has declared the end of Ebola virus transmission in the Republic of Guinea, marking an important milestone in curbing the outbreak of the virus in West Africa.

Guinea has now entered a 90-day period of heightened surveillance to ensure that any new case is identified quickly, before the virus can spread to others.

The Ebola epidemic began in Gueckedou, Guinea and spread to neighbouring countries of Liberia and Sierra Leone. The virus travelled to seven other countries through land and air, leading to casualties in various parts of the world.

“This is the first time that all three countries — Guinea, Liberia and Sierra Leone — have stopped the original chains of transmission that were responsible for starting this devastating outbreak two years ago,” said Matshidiso Moeti, WHO Regional Director for Africa.

Besides the original chain of transmission, there have been ten small Ebola outbreaks (called flares) between March and November 2015. These appear to have been due to the re-emergence of a persistent virus from the survivor population.

According to the WHO, 42 days have passed since the last person confirmed to have Ebola virus disease tested negative for the second time in Guinea.

According to Bruce Aylward, Special Representative of the Director-General for the Ebola Response, the coming months will be absolutely critical as this is the period when the countries need to ensure that they are fully prepared to respond to any new cases.

One of the challenges in controlling Ebola virus is that even after clearing the virus from one’s bloodstream, it may persist in the semen of some male survivors for as long as 9-12 months.

“The time-limited persistence of virus in survivors which may give rise to new Ebola flares in 2016 makes it imperative that partners continue to support these countries. WHO will maintain surveillance and outbreak response teams in the three countries through 2016,” added Aylward.

These three countries, that were the most affected by the virus, will implement a full health sector recovery agenda in 2016 to restart and strengthen key public health programmes, especially maternal and child health. They will also continue to maintain the capacity to detect and prevent any flare-up of Ebola, WHO said.