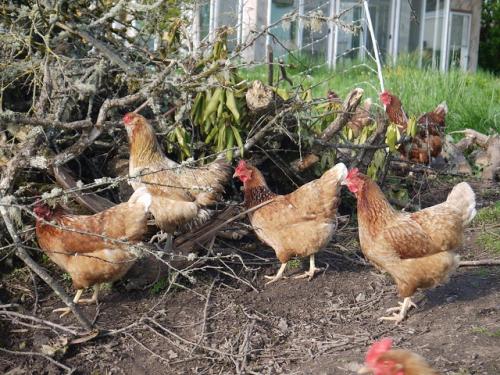 On the third day of the 70th World Health Assembly being held in Geneva (22-31 May) currently, experts talked about antimicrobial resistance (AMR)—one of the most relevant global public health issues in today’s time.

The discussion revolved around country-wise status on AMR and the progress made by the World Health Organization (WHO) towards implementation of the Global Action Plan (GAP) to tackle it. The plan was adopted in 2015 during the 68th assembly meeting.

There were also parallel talks on sepsis prevention as well as its diagnosis and management since AMR is responsible for sepsis treatment failures.

About 60 countries and 11 non-state actors comprising civil society groups participated in the meeting. They proposed interventions based on the report on AMR released by the Secretariat to facilitate the discussion.

Countries recognised WHO’s substantial progress made on GAP implementation and welcomed it. At present, 77 countries have already finalised their National Action Plans (NAP) on AMR in alignment with GAP. Fifty-seven countries are in the process of drafting their plans while 24 are behind schedule.

Lav Agarwal, joint secretary of the department of health and family welfare, ministry of health, represented India at the meeting.

Recognising AMR as a critical public health challenge, India outlined the progress made in addressing this critical issue.

The country representative talked about finalisation of the strategic National Action Plan on AMR, surveillance network for pathogens in humans, amendment of laws to better regulate sale of drugs and promotion of rational use of antibiotics.

India highlighted that though its action plan was in alignment with GAP, it includes additional strategic objective of the country’s leadership role in tackling AMR that entails national and international collaborations.

India’s plan on AMR is ambitious, comprehensive and multi-sectoral. It follows the one-health concept and encompasses interventions and actions across human, animal, agriculture and health sectors.

This is also reflected in India’s call for tripartite involvement and multi-sectoral focus on surveillance at healthy assembly.

Major focus is now on implementation, particularly at the grass-roots level, in view of which India has sought support from WHO.

Effective implementation will be achieved through sustained political will, multi-ministerial involvement, funding support from government and suitable state-level action plans.

“The plan, by itself, seems sound. Its success however, would depend on national-level programmes to support small-scale animal farms, a new AMR-centric approach to manage waste from animal farms, animal food processing and pharmaceutical manufacturing sectors and health care facilities,” says Amit Khurana, head, food safety programme, at Centre for Science and Environment.

India, along with Brazil and Egypt, also said that evaluation of self-reported data by the joint external evaluation tool of the International Health Regulations should be kept voluntary in nature. The tool is intended to assess country-wise capacity to respond to public health threats and progress made towards achieving targets. Key features of this tool are transparency and openness of data, information sharing and public availability of data.

Limitations in AMR-related data reporting have often been discussed at various platforms in India. Historically, there has been no/limited data available in the public domain on AMR.

India’s rearticulated position for keeping JEE voluntary may be in consideration of existing issues such as underreporting of data or lack of proper data collection and reporting mechanisms.

Ours being an export-oriented country, India may not also prefer to divulge resistance data in the public domain from the point of view of protecting international business.

While this needs to be understood in greater detail, an evaluation on JEE would allow for a process of stringent monitoring and sharing of data, which can further guide drafting policies and regulations on AMR.

They stressed on the importance of surveillance of AMR related to consumption, integration of human, agriculture, animal and environment aspects of AMR, the need for innovation and research for new antibiotics, diagnostics and vaccines, collaboration between among WHO, the Food and Agriculture Organization and the World Organization for Animal Health and coordination with the Interagency Coordination Group on AMR. Countries also expressed concern over key areas related to AMR and NAPs.

Developing countries such as Nepal, Tanzania, Equador and Bangladesh requested guidance and assistance (financial and technical) from WHO to support development and implementation of their national plans to fight AMR.

The need for supporting necessary laboratory infrastructure for AMR testing as well as building sufficient capacity and expertise was also put forth. Brazil highlighted the existing disparity in terms of access, affordability and de-linkage of research and development cost from the price of drugs between the AMR report and the UN political declaration.

The declaration was adopted during a high-level meeting on AMR at the United Nations General Assembly in 2016.

Indonesia spoke on behalf of the 11 Member States from the South-East Asian region, reaffirming commitment and responsibility towards AMR. Egypt emphasised that the JEE evaluation of country data and global monitoring framework would simultaneously amount to duplication of work done by WHO.

The US and the UK supported WHO’s work on development of a global development and stewardship framework, but expressed concern on its complexity and how the goals of the framework could be achieved in a timely and multi-sectoral manner.

Canada and Germany reassured continued financial support to WHO for its efforts. The Netherlands said that the health agency should ensure that NAPs were holistic. It urged WHO not to “pick and choose” NAPs based on easily deliverable interventions.

It also emphasised on the importance of addressing issues such as antimicrobial use as a growth promoter in animals and the environmental release of antibiotic residues during the production process. Sweden called for a subsequent information sharing mechanism from the Global Antimicrobial Resistance Surveillance System.

Non-state actors expressed their views on the emerging issue of AMR and how it can be addressed in a multi-sectoral manner.

WHO Assistant Director General Hajime Inoue clarified some of the concerns raised by the countries. He assured that WHO would expedite the development of remaining NAPs through training workshops, engage with healthcare professionals to include AMR in the education curriculum, align AMR with the Sustainable Development Goals. He also outlined future endeavours being undertaking at WHO.