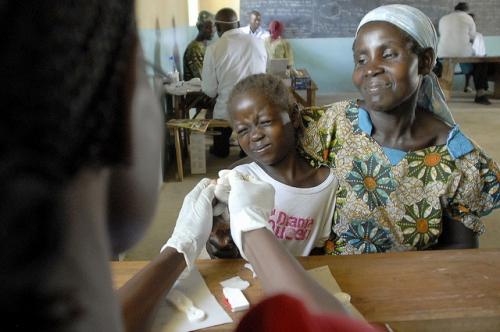 The world’s first malaria vaccine is ready for rollout in sub-Saharan Africa (SSA). Known as RTS, S, the vaccine acts against the most deadly malaria parasite globally, Plasmodium falciparum, mostly prevalent in Africa. Vaccinations are due to begin in 2018.

“The pilot deployment of this first-generation vaccine marks a milestone in the fight against malaria,” Pedro Alonso, director of World Health Organization’s (WHO) Global Malaria Programme, said. “These pilot projects will provide the evidence we need from real-life settings to make informed decisions on whether to deploy the vaccine on a wide scale.”

RTS, S is the first malaria vaccine to successfully complete pivotal phase three testing. The phase three trial enrolled more than 15,000 infants and young children in seven countries in SSA. Countries that participated in the phase three trial will be prioritised for inclusion in the WHO pilot programme. Consultations are going on and the names of the three selected countries will be announced in the coming weeks.

Two independent WHO advisory groups—Strategic Advisory Group of Experts on immunisation and the Malaria Policy Advisory Committee—recommended the pilot implementation of the RTS, S vaccine.

The vaccine will act as complementary to the existing tools aimed at fighting malaria. These include long-lasting insecticidal bed nets, preventive treatment for infants and pregnant women, prompt diagnostic testing and treatment of confirmed cases with effective anti-malarial medicines.

RTS, S has been developed through a partnership between GlaxoSmithKline and PATH Malaria Vaccine Initiative, with support from the Bill and Melinda Gates Foundation and a network of African research centres.

“We must seize the opportunity to pilot a vaccine that could strengthen the means at our disposal to combat this deadly disease,” Lelio Marmora, executive director of UNITAID, a global health initiative, said.