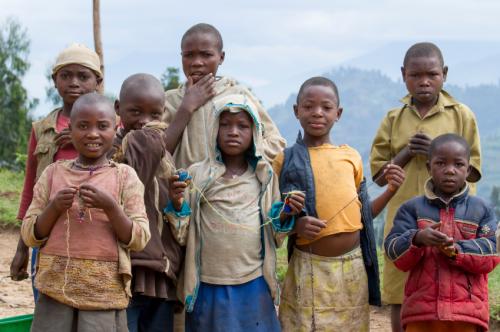 Although the average global life expectancy has increased in the past one and a half decades, the stark difference in numbers from various regions shows that access to healthcare is far from universal.

The report highlights the lack of primary healthcare access for many. Almost 303,000 women die every year due to complications of pregnancy and childbirth, finds the report. The picture gets grimmer with the fact that every year 5.9 million children die before their fifth birthday.

As per the report, around two million people are infected with HIV every year while 9.6 million new tuberculosis cases and 214 million cases of malaria are reported annually.

Highlighting the challenges, the report goes on to add that more than 10 million people die before the age of 70 due to cardiovascular diseases and cancer while 800,000 people commit suicide. Road accidents kill 1.25 million people every year.

The WHO report also says that these challenges cannot be addressed without tackling the risk factors that contribute to disease. Around 1.1 billion people smoke tobacco, 156 million children under the age of five years are stunted, and 42 million in the same bracket are overweight. Another 1.8 billion people do not have access to clean drinking water, 946 million defecate in the open and 3.1 billion people rely primarily on polluting fuels for cooking.

World Health Statistics highlight that many are still far from universal health coverage, especially people from the African and eastern Mediterranean regions. Furthermore, a significant number of people who use health services incur large expenses contributing more than 25 per cent to the total household spending.

“The world has made great strides in reducing the needless suffering and premature deaths that arise from preventable and treatable diseases,” says Margaret Chan, director general of WHO. “But the gains have been uneven. Supporting countries to move towards universal health coverage based on strong primary care is the best thing we can do to make sure no-one is left behind,” she adds.