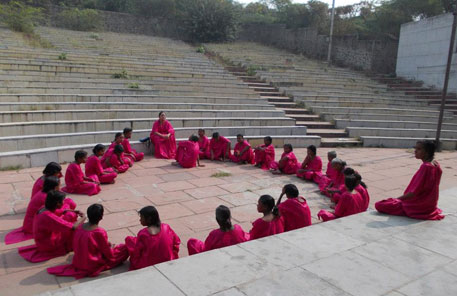 The shelterless who spend their lives in the city streets are among the most vulnerable to TB. A recent study by forensic experts of Lady Hardinge Medical College (LHMC) on homeless people in central Delhi shows high incidence of the disease among them. The researchers studied autopsy findings of  bodies brought to the hospital from 2006 to 2010. In this five-year period, 2,773 autopsies were conducted in the morgue of LHMC, out of which 749 (27.01 per cent) were unclaimed bodies of homeless people. Among them, 122 died of pulmonary TB. Which means pulmonary TB accounted for 16.28 per cent of mortality among the homeless. The data does not include extra-pulmonary TB because because there is no definitive diagnostic test to determine it.

The study published in Indian Journal of Public Health Research & Development (Jan-Mar, 2013 issue) also showed that 45 per cent deaths occur in rainy season, between July and September. "Rainy season is conducive for bacterial growth, leading to higher infection rate. The season accounts for almost half the deaths among this population," said B L Chaudhary, assistant professor at LHMC and co-author of the study.

"Most of the homeless who come to my shelter are infected with TB. If one person on the street gets the infection, it is transmitted to all in that area. The rates are, thus, bound to be high," said Sreerupa Mitra Chaudhary who runs a shelter Sudinalaya, for homeless women in Kabir Basti in old Delhi.

One of them is Durga Bai (name changed) who has been staying on the streets of Delhi for a decade, earning a little by begging or working in nearby shops. But a year or two ago she started to get exhausted fast and could not concentrate on her work. It was through a health activist that she went to a chest clinic and found she had tuberculosis. She took medicines regularly for a few months. But then she changed her street and stopped taking medication. She does not know whether she has been cured, but the exhaustion has returned, affecting her work adversely. She has got the final ultimatum from her employer. Without a family around she does not feel like going to a chest clinic again, even though one is located close by. "I am also scared. If the doctor asks why did I leave the treatment in between, what will I say? I do not remember how many months I continued with it," said Durga.

To make conditions better for the homeless,  Chaudhary said that all homeless people should be screened regularly so that the disease can be caught in an early stage.  Treatment, too, should be provided in the shelter itself, he added. More shelters are needed so that they are not overcrowed and transmit the disease, he said.