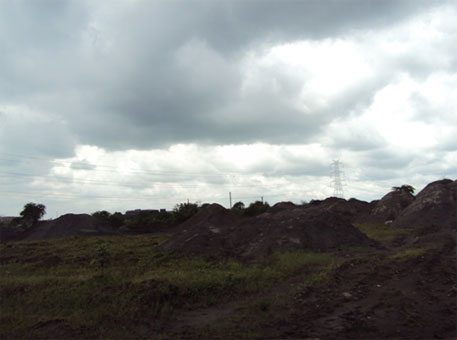 The southern parts of Chhattisgarh have been experiencing heavy rains following Cyclone Hudhud, causing huge losses to crops. According to predictions by the state’s meteorology department, more rainstorms are expected in the districts of Dantewada, Bastar, Narayanpur, Bijapur, Kondegaon and Sukma in the next 36 hours, with wind speeds at 50-70 km/hr. Other parts of the state are also expected to receive moderate to heavy rains.

The intensity of rains is likely to reduce after October 14, according to the India Meteorological Department’s Raipur centre. The state disaster management department, however, has ruled out chances of a flood-like situation.

Between Sunday and Monday, the heaviest rains were recorded in the Sukma district, which received 165.3 mm of rainfall in 24 hours. Other areas like Bhairamgarh (126 mm), Tongpal in Dantewada (93.2 mm), Bastar (92 mm) and Jagdalpur (78.5 mm)  also saw high rainfall. State capital Raipur received a moderate 24.2 mm rainfall.

The rainfall comes at a time when most of the crops are ready for harvesting. In tribal-dominated southern Chhattisgarh, crops like paddy, corn and other food crops are likely to suffer extensive damage due to these unseasonal rains. However, the exact extent of damage is yet to be assessed, and at this moment, opinions differ as to the extent and intensity of damage.

Pradeep Sharma of the Bilaspur-based non-profit Krishak Biradari which works on agriculture in the state, said that extensive damage can be expected to the standing paddy crop in southern Chhattisgarh. “The early paddy varieties are ripe for harvest, but the rains will fill the paddy with water and cause the crop to lodge, causing losses,” said he, “What is worse, the delicate shoots of the second crop of wheat, chick-pea, mustard and vegetables are also likely to be damaged, dealing a double blow to farmers.” He said that while the rains are mostly over in the south, northern districts, where rains started on Monday, are likely to expect more heavy rains today. “Seed-producing farmers are likely to suffer heavy damage, because in this area most of the paddy is at the flowering stage, and rains will cause heavy pollen loss.”

But the state Agriculture Department is of the view that damage will be marginal. Deputy director of agriculture, R K Chandrawanshi, told Down To Earth that only the early varieties of paddy, which were ready for harvest, will be damaged. Also, since South Chhattisgarh does not have much soybean crop, damage is expected to be minimal. “The depression had weakened before it reached Chhattisgarh, because of which the average rainfall was not above 27.5 mm,” said he.

Sanket Thakur, senior agriculture scientist and director of Raipur-based Agricon, Chhattisgrah’s first producer company of farmers, however, said that losses in paddy are likely to be extensive because this year farmers had planted early varieties of paddy in large quantities due to the late monsoon. “Waterlogging can cause this paddy to rot, unless water is drained from the paddy soon,” said he, adding that lodging due to strong winds is likely to have damaged the late varieties as well. Another major damage is to vegetables, which are grown in a big way all over Chhattisgarh, he said.

Rashmi Devi, Chhattisgarh coordinator of Baiga mahapanchayat, an organisation of Baiga tribals in the state, says that the rains have come at a time when paddy, the main crop in the area, is almost ripe for harvest, as is pigeon pea, the most important legume. “The heavy rains and strong winds will flatten both the crops,” she says. “This is also the time when crops like wheat, chickpea and mustard are sown, and if the rains are very heavy, the seed may be washed out or the tender seedlings destroyed.” Rashmi expects the cyclone to deliver a big blow to tribal economy for the whole year.

Former Legislative Assembly member Manish Kunjam from Sukma, the district which received the highest rainfall, said that the damage this time was less compared to the impact of cyclones earlier. “This time, there was not much wind, and the rains were also moderate. We received only moderate rains on Sunday, while there were very light rains on Monday, and this morning the skies have cleared up completely,” said he, “We are not expecting as much crop damage as earlier cyclones have inflicted,” said he.

It is over for now
According to Akshay Deoras, an independent weather forecaster based in Nagpur, the worst of Hudhud is over for Chhattisgarh, Madhya Pradesh and Maharashtra. “Chhattisgarh will receive only light rains now, and Madhya Pradesh and eastern Vidarbha in Maharashtra, where rains had been predicted, are unlikely to receive more than light showers,” said he, adding that the latest infra-red image from IMD shows that the depression has moved to the Himalayan foothills of Nepal, where heavy rains and landslides could be expected.