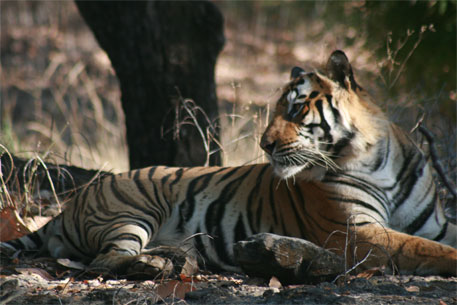 A new study confirms the rampant poaching and illegal trade in wildlife, especially of cats, in several parts of southeast Asia. At least 1,669 cats were killed and traded during 1991-2014, including 1,428 skins and over 2,000 body parts like skulls, teeth and claws, the study reveals.

Though all wild cat species are protected by national governments, and under the Convention on International Trade in Endangered Species of Wild Fauna and Flora (CITES), this has done little to stop their numbers from dwindling. The most commonly traded species were found to be the clouded leopard (Neofelis nebulosa), leopard cat (Prionailurus bengalensis), leopard (Panthera pardus), tiger (Panthera tigris) and the Asiatic golden cat (Catopuma temmincki).

Authored by Chris Shepherd and Vincent Nijman, the study compiles data from over two decades of research in Myanmar (erstwhile Burma). While Shepherd is the regional director of TRAFFIC, a wildlife trade monitoring network, for the Southeast Asian region, Nijman is a professor of anthropology at the Oxford Brookes University in the UK. A total of twenty-six surveys were carried out in the two cities of Mong La, bordering China, and Tachilek, bordering Thailand, from 2001-14 and 1991-2013 respectively. The findings have been published in the February issue of the journal, Biological Conservation

According to the study, in Mong La, the number of shops selling wild cat parts has gone up from six in 2006 to 21 in 2014. However, the number of illegal shops in Tachilek has reduced from 35 in 1998 to six in 2013—this clearly shows that policy interventions with regard to wildlife trade in Thailand have been more effective than those of China. The burgeoning trade in China, despite banning of poaching and trade in animal parts, could be attributed to the lack of effective government intervention, besides the growing buying power of the Chinese population. Illegal trade through Myanmar is further facilitated by the fact that the border regions of the country are controlled by rebel groups that profit from these sales.

The conclusions of the report suggest that this illegal trade in cats, both big and small, plays a major role in impeding conservation efforts. Stringent enforcement of regulations against trading needs to be made on the ground as well by the governments on all sides of the border.

Trade in tigers and other wild cats in Mong La and Tachilek, Myanmar – A tale of two border towns