Calls for a meeting of experts to chart a roadmap 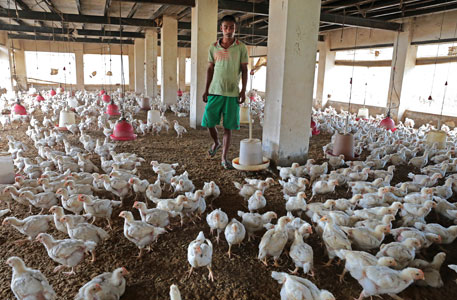 The Indian Medical Association expressed its concern over misuse of antibiotics in poultry. Reacting to a study, conducted by Centre for Science and Environment, IMA said it will demand a ban on the use of antibiotics for growth promotion and mass disease prevention. The association said that antibiotics should be used only to cure sick chicken, based on prescription of veterinarians.

"We will hold a meeting of experts and various stake holders in the first week of August to chart a roadmap for reducing antibiotic resistanc through poultry," said Narendra Saini, secretary general, IMA.

The study by CSE, released Wednesday, showed that chicken are fed antibiotics to promote growth—to gain weight and grow fast. IMA criticised the government for not maintaining data on the use of antibiotics in the country, let alone on the prevalence of antibiotic resistance.

"Repeated and prolonged exposure to antibiotics by natural selection lead to the emergence of resistant strains of bacteria," said Saini. "These mutated robust strains bypass toxic effects of antibiotics, making them ineffective. They can easily spread among the flock raised in squalor and contaminate the food chain. They can also alter the genetic material of other bacteria, often pathogenic ones, making them resistant to several
drugs and resulting in a global pandemic," he added.

He said the fact that residue of floroquinolone was found in so many chickens, is quite worrisome. "This will make treating MDR-TB difficult," said Saini.

In addition to ban of antibiotics as growth promoters, IMA has demanded stringent control on import of antibiotics and feed supplements, promotion of vaccination against infectious diseases and monitoring and surveillance of antibiotics supplied to chemists.