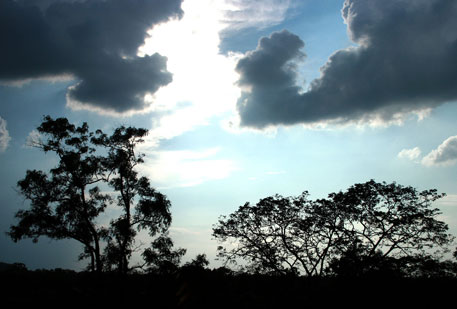 When the Union Cabinet gave the nod to the National Monsoon Mission in the last week of April, it was a moment of triumph for the earth sciences ministry which had proposed the project in 2010.

The project was first given shape under the leadership of Ajit Tyagi, the then director general of India Meteorological Department (IMD), in the same year. “After the 2009 drought, we felt a grave need for an improvement in monsoon forecast,” says Tyagi. While IMD had predicted deficient rainfall in the country in 2009, it was drastically below their estimations. IMD had also failed to predict the droughts of 2002 and 2004. After several brainstorming meetings over a year, the ministry prepared the proposal in 2010.

As part of the mission, IMD will collaborate with weather research organisations nationally as well as internationally to improve monsoon forecast for the country. The mission’s focus is on developing a dynamic model for monsoon prediction and Rs 400 crore has been earmarked for it for the next five years.

IMD will test out variations of the dynamic models proposed by various institutes and the best ones would be implemented in operational forecast of rainfall, Tyagi says. A dynamic weather prediction model involves 3D mathematical simulation of the atmosphere on computer. Dynamic models are especially useful for predicting rainfall over smaller spatial and temporal scale, which is not possible in the statistical forecasting system which IMD uses.

Statistical models require lengthy calculations to track the southwest monsoon, which provides rainfall to most of the country except Tamil Nadu.

Under the project, Pune-based Indian Institute of Tropical Meteorology will work on improving long-range and seasonal scale forecasts while the National Centre for Medium Range Weather Forecasting in Noida, will spearhead efforts to improve medium-range scale (upto 15 days) forecast of rainfall.

M Rajeevan, India’s foremost monsoon expert and head of the mission, says the project has already kickstarted and proposals have been invited from all over the country. “We’re concentrating on two global dynamic models–the climate Forecast System model developed in the US and the Unified model developed by the UK meteorological office. These models have seen a lot of improvement over the past five to six years, but we need to finetune them further.”

He adds that at the end of the five-year term of the mission, it will be possible to predict droughts. “Fallout of droughts like those of 2004 and 2009 could be prevented if we’re able to warn farmers in advance,” Rajeevan adds.

Tyagi says it’s known to everyone that statistical models are limited in their function. “But it is very important for us to get our monsoon forecast right. Hence a need for a nationwide project in mission mode,” he says. Sixty per cent of agriculture in the country is rain-fed and long-range forecast provided by statistical model is not sufficient to meet farmers’ needs. “With dynamic models, we will be able to provide monthly forecasts for every state,” Tyagi adds.

Dynamic models have several advantages. They can be used along with agriculture and hydrological models. “They can be used for many more purposes than rainfall prediction. You can get real-time information on wind, temperature and humidity in digitised format,” Tyagi informs.