Budgets should not just talk about GDP and sops. It should ensure that basic rights and necessities of people are met in an effective manner 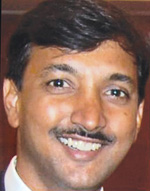 The budget is the key document through which a country decides its priorities for development. So in one snapshot one can see where the government is pitching its focus, where other interested sections of the society are trying to get their share in the pie. Yet, due to the perceived technicalities involved in the process, it doesn’t get the required public scrutiny it deserves. It is in this sense that now civil society organisations are gradually waking up to the idea of budget as a crucial tool to reform governance and monitor governance accountability. In this sense, it is also important to argue that primarily budgets should not just talk about growth of the economy, and give sops to sectors, the benefits of which remain largely confined to only limited sections of the society, but look at it from the point of view of the majority of the poor and from a universalist framework where basic rights and necessities of the people are met in an effective manner.

In this context, it is rather surprising to know that even today the overall spending on social sector is just about 6 per cent of GDP. This then largely reflects in further break-ups of the crucial sectors like education (still at 3.4 per cent as against long recommended 6 per cent), health (about 1 per cent as against recommended minimum of 3 per cent) and water and sanitation (an appalling 0.42 per cent when manual scavenging still exists in large pockets). It’s almost two years since the Right to Education Act came into effect and barely a year is left when the major milestones like building of schools as per requirement, infrastructure (class rooms, toilets, including separate ones for the girls, and drinking water facilities), recruitment of professional teachers (about 1.3 million teachers' positions remain vacant) are to be achieved. Yet, the additional requirements of the budgets to the tune of 1,71,840 crore over 2010-15 are yet to be realised. Similarly, in health it is urgent that the government at least implements the recommendation of the high level expert group towards making essential generic drugs for all by merely raising the expenditure from the current 0.1 per cent to 0.5 per cent of GDP.

The other crucial areas like agriculture (where the minimum support price for agricultural commodities should be total cost of production plus 50 per cent as per the formula suggested by the National Commission on Farmers) and overall expansion under food subsidy (in league with the upcoming National Food Security Bill) should be enhanced significantly besides bringing millets, pulses and edible oils under its ambit.

In terms of the priorities for the marginalised sections, there is a need for a complete overview of the way gender-budgeting is done where government should give a rationale for their budgeting exercise through a narrative. Very importantly, there is an urgent need to regularise women workers like auxiliary nurses and midwives (ANMs), accredited social health activists (ASHAs) and shiksha mitras (para-teachers); these jobs have become an institutionalised means to exploit women workers on very low wages. Similarly, the specific components to meet the needs of dalits and tribals like Scheduled Caste Sub-plan and Tribal Sub-plan need to be rolled out as entitlements rather than as merely recommendatory provisions due to which their effectiveness remains under cloud. It would be crucial to create a separate monitoring cell for these plans. Similarly, it is imperative that the outlays for multi-sectoral development programme and prime minister’s 15-Point Programme must be increased significantly to meet the needs of the Muslim community.

Along with increase in outlays, it is important that we also bring in process-based administrative reforms for the effective utilisation of money. In this context, the plethora of Central schemes (often overlapping and duplicating) should be streamlined and reduced to a minimum effective number. One of the recent studies carried out by the Centre for Budget and Governance Accountability (CBGA) has shown that central money for education was disbursed through eight installments in one year alone in Chhattisgarh and much worse, from the district level to block level, money was disbursed in as many as 27 installments. Secondly, the process of the budgeting should be bottom-up in effective terms so that the allocations are need based and not nominal in nature. The same study shows that the maximum amount is allocated for salaries and infrastructure costs and little for training, capacity building and innovation. What needs to be done in this context is that besides de-centralised planning, effective staffing to roll out some of the crucial operations and their training and capacity needs should be matched with appropriate budget allocations. More importantly, a certain amount of plan funds should be transferred to Panchayati Raj institutions as untied funds to give the decentralised structures effective teeth.

The third but equally crucial component is the revenue part. It is now generally recognised that since the revenue collection of the government is pretty low, reflected through its tax-GDP ratio (currently just about 14.5 per cent) and the fact that it’s the indirect taxes mainly led by sales tax which constitute major part of the total revenue (approximately two-third), adversely affecting the poor once again, there is an urgent need to reform the present tax system. The proposed Direct Tax Code and Goods and Services Tax, though ostensibly to streamline our current tax policy, will further penalise the poor disproportionately. This will also further weaken the states power to generate revenues in a situation where the Centre already holds a much larger pie.

Government also needs to look at its current policy of tax exemptions and increase the share of direct taxes by introducing or increasing taxes like wealth tax and inheritance tax. The exemptions given annually in the name of incentives mainly to corporate sector go over Rs 5 lakh crore, much of which can be reviewed especially against a context when the government keeps crying over the lack of sufficient resources to finance basic services like education and health for all.  On the other hand, compared to many countries we have virtually no or little wealth tax and no inheritance tax on property, the idea of which needs to be institutionalised soon.
Then there is a whole range of area under 'tax evasions’ which needs to be re-looked at with greater political will. The latest loss in the Vodafone case in Supreme Court only shows that we not only need to re-look at our policy of pro-active encouragement of private sector but also need to re-look and restructure our laws around tax havens and company regulations. This would also need escalating some of the concerns at the global forums and bi-lateral discussions with many countries on an urgent basis.

Fair taxation is one effective tool for reducing inequality and given the fact that latest reports suggest inequality has doubled in the past twenty years in the country, the importance of progressive taxation cannot be stressed enough. It is time we began translating the rhetoric of ‘inclusive growth’ through inclusive budgets.

Avinash Kumar is essential services lead with Oxfam India. The views expressed by the writer are personal, not of his organisation