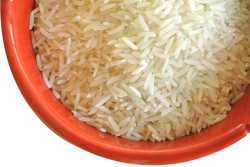 India has denied allegations levied by the European Commission on genetically modified organisms (GMO) contamination in basmati rice exported from India.
The Directorate-General Health and Consumers (DGHC) of the European Commission had issued a notification to the Union ministry of commerce and industry on May 2 seeking a reply on an unknown and unauthorised GMO being found in the rice exported from India. The notification was issued following a complaint by a French manufacturer Soufflet Alimentaire to European Union’s Rapid Alert System of Food and Feed (RASFF) on January 5. The company packs basmati rice for retail sale. As part of its monitoring plan, the company detected presence of genetically modified rice in a batch which consisted of basmati rice from four different suppliers–three Pakistani and one Indian.

According to sources in the ministry,the government in its reply to director general of DGHC has  informed that no GM food crops are being grown in India and so there is no question of contamination.

In the notification, Paolo Testori Coggi, director general of DGHC asked the Indian government about its official policy on cultivation of GMOs for food and feed use; list of GMOs currently authorised for cultivation in India and official controls in place; field trials of GMOs been undertaken either in the past or present; controls in place concerning the export of rice to the EU for the presence of GMOs; geographical indication of the primary basmati growing regions and source of seed for cultivation of basmati rice in India and tests done in regard to GM presence. She added that the marketing of the product by the French company has been suspended pending further investigations.

The issue of GMO contamination of basmati rice was raised at the preparatory meeting for the Convention on Biological Diversity, convened by Union Ministry of Environment and Forests on May 29. At the meeting Aruna Rodrigues, lead petitioner in a public interest litigation seeking moratorium on GM testing in the country, questioned the silence of the commerce ministry on the issue. She complained that the way field trials are being regulated and monitored in India, contamination by genetically modified organisms could not be denied.

Is it for the first time?

In April this year, Richard Werren, the managing director of UK-based safety certification firm Cert ID Europe, had cautioned doubling of border alerts involving imported rice compared to last year. In an interview to a UK  media he had stated that “the unauthorised GMOs have been turning up in consignment of basmati rice from India and Pakistan.” 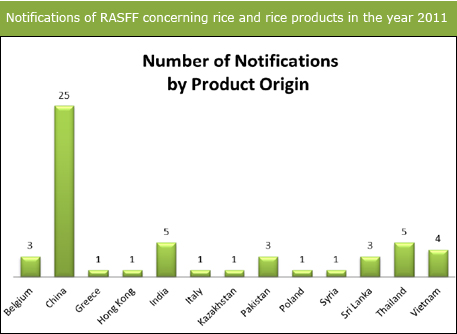 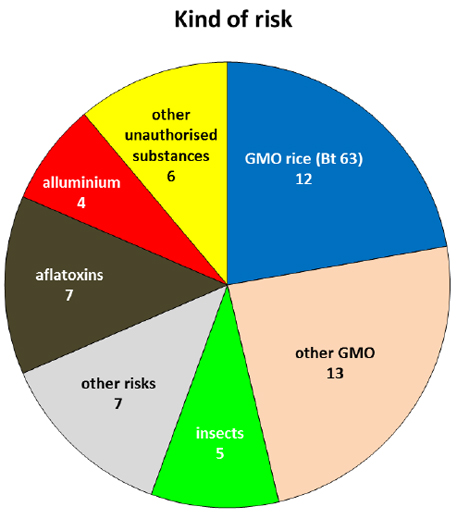 The recent figures from the Rapid Alert System for Food and Feed reported 26 border rejections in 2012, which are up from 11 in 2010 with most involved rice products, according to Cert ID. The results were reached by putting basmati rice to polymerase chain reaction testing that proved the products contained GMOs unauthorized by the EU.

He reportedly also said that “the source of the contamination may be that the more expensive basmati rice is being adulterated with cheap genetically modified rice.”

Basmati rice is a variety of rice which fetches good export price in the international market because of its three features–pleasant aroma, superfine texture and extreme elongation. The aromatic variety of rice is grown majorly in India and Pakistan where India accounts for around 60 per cent of global export market share. About two-third of basmati rice produced in India is exported to various countries like US, Saudi Arabia, the UK, Kuwait, UAE and Europe.

Basmati traders estimate, India’s annual production in 2011 was around 4.5 million tonnes and it fetched around US $1,100 per tonne in global market. Recently India has been looking to China, Mexico and the Commonwealth of Independent States (CIS) as new markets for its basmati exports. China has already allowed Indian basmati rice to be imported.

The traders say that India basmati rice is already under scrutiny for high pesticide content. Now the allegations of GMO are going to hamper the trade at a time when the country is eyeing more export market.