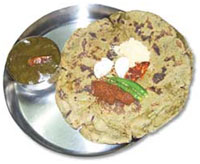 The department of biotechnology (DoB) of Government of India on Tuesday launched a diagnostic kit which can identify celiac disease within 20 minutes; it is also more affordable.

In its press statement, DoB said almost one per cent of north Indian population is suffering from the disease in which the inner lining of the small intestine (where food is digested and absorbed) gets damaged and food is not absorbed properly. Non-absorption of food leads to weight loss, prolonged diarrhea, abdominal fullness, bulky stools, and anaemia.

For making the kit, the DoB sponsored a collaborative effort of Translatational Health Science and Technology Institute, International Centre for Genetic Engineering and Biotechnology and All India Institute of Medical Sciences (AIIMS).

At present, diagnosing the disease needs sophisticated equipment and trained laboratory personnel. Many hospitals, especially small centers across the country do not have access to the conventional expensive laboratory-based tests for identifying antibodies in the blood. Most of the diagnostic kits which are used presently are all imported from Europe and America.

There is limited data for global estimates regarding celiac disease. One estimate says 2.2 million children under age of five are affected by celiac disease across the world. In Europe, 0.4-0.75 per cent of the general population is affected by celiac disease. The prevalence of the disease in Latin America, north Africa, and West Asia is somewhere in the range of 0.6 to 0.8 per cent. Saharawi tribe (living in western part of Sahara Desert) has a high prevalence of 5.6 per cent.

There are two main causes of this disease. Firstly, it occurs in those people who have a special genetic characteristic. Secondly, ingestion of a protein called gluten. Gluten is present in cereals such as wheat and barley.