India needs to invest in clean energy to meet targets 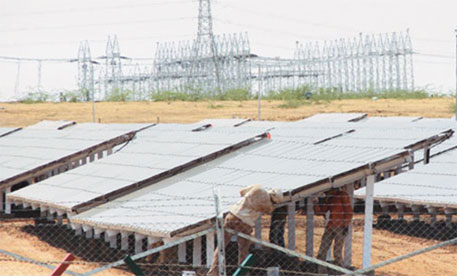 Most nations are betting on clean energy options to reduce their dependence on fossil fuel. India is no different. The country has set an ambitious target of adding 100 GW installed capacity of solar power and 60 GW of wind energy by 2017.

Experts warn the Union budget will have to allocate substantial amounts to the clean sector if the government is serious about the targets. “The primary expectation of the renewable industry is higher allocation of funds for the ongoing programmes,” says Jasmeet Khurana, a researcher with energy think-tank, Bridge to India. He adds that the money the government had set aside for clean technology in the past few years was finally used to balance the country’s deficits.

Industry players are also hoping that the budget will announce interest rate subvention for solar projects through government-supported foreign exchange hedging mechanism. They say that even a mention of this in the budget will give a boost to the sector. They are also hoping for a reduction in minimum alternate tax (MAT) and the introduction of a broad-based tax credit incentive, which is followed in the US. “However, it is unlikely that all of these would be brought in,” says Khurana.

The Centre should also monitor the clean energy performance of state governments. “Some of these initiatives are expected in the budget,” says Goel.

Gaurav Kumar Kedia, chairperson of Indian Biogas Association (IBA), says the government has to support the private players in the sector by providing performance-based subsidies.