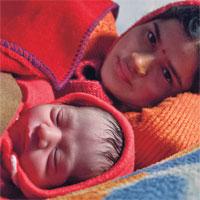 Only three states in India have so far managed to reduce maternal mortality rate to less than 109 deaths per 100,000 live births—a millennium development goal (MDG) for 2015. The recently released report of the Registrar General of India shows that India's maternal mortality ratio (MMR) decreased from 212 in 2009 to 178 in 2012. Assam recorded the highest MMR of 328 and Kerala lowest with 66.

The report was released as a part of the sample registration system (SRS) that gives data and analysis of maternal mortality in India.

SRS is the largest demographic survey in the country mandated to provide annual estimates of fertility as well as mortality indicators at the state and national levels. The present report contains data on fertility and mortality indicators for 2012 for India and bigger states. The first report—Maternal Morality in India (1997-2003)-Trends, Causes and Risk Factors—under SRS was released in October, 2006. Subsequently, three special bulletins on maternal mortality have been released. The one analysing data from 2004-06 was released in 2009, for 2007-09 in 2011 and for 2010-12 in. 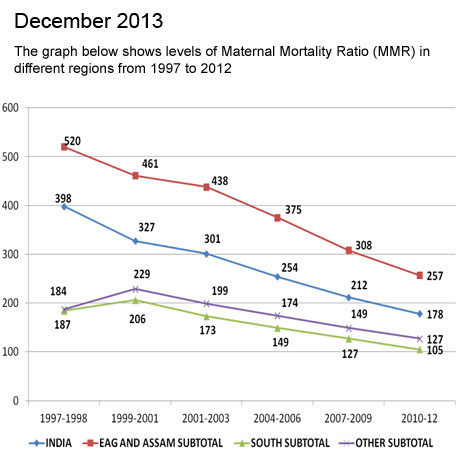 In the bulletins, the states are divided into three groups. The group with worst indicators has Assam and the empowered action group (EAG) comprising Bihar, Jharkhand, Madhya Pradesh, Chhattisgarh, Odisha, Rajasthan, Uttar Pradesh and Uttarakhand. The combined MMR for EAG and Assam for 2012 is 257. It has declined from 308 in 2009 and 375 in 2006. Assam has fared worst in all the three bulletins.

The second group is of the four southern states which have performed well with best indicators. The MMR for these states between 2009 to 2012 stood at 105, while it was 127 in 2009 and 149 in 2006. Kerala has consistently given best performance. Not only its MMR has been the best in all three bulletins, it has shown 18 per cent rate MMR decline between 2009 and 2012. Tamil Nadu from the same group is the second best performer. 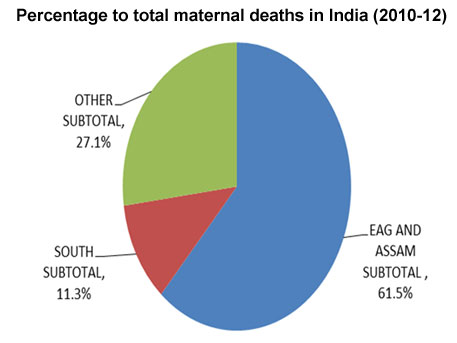