A global index finds no significant correlation between GDP and performance as China and India, the two fastest growing Asian economies, are nowhere in the top five category 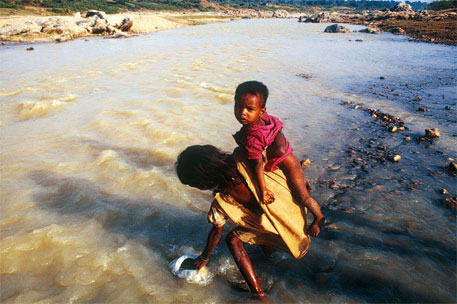 A new global index report shows that India has performed poorly when it comes to water accessibility and water equity. The country has also not made much progress on sanitation equity and accessibility.

The Water, Sanitation and Hygiene (WASH) Performance Index 2015, developed by the Water Institute at the University of North Carolina, was released recently at Gillings School of Global Public Health.

The top-five countries are El Salvador, Niger, Egypt, Maldives and Pakistan. The bottom-five performers are the Dominican Republic, Gambia, Ghana, Samoa and Timor-Leste.

Pakistan performed exceptionally well by occupying the fifth place on the index whereas India’s rank stands at 93. This abysmal performance comes after the launch of the Swachh Bharat Abhiyan by Prime Minister Narendra Modi.

No link between GDP and performance

The index finds no significant correlation between gross domestic product (GDP) and performance. China and India, the two fastest growing Asian economies, are nowhere in the top five. China stands at 11 in the index.