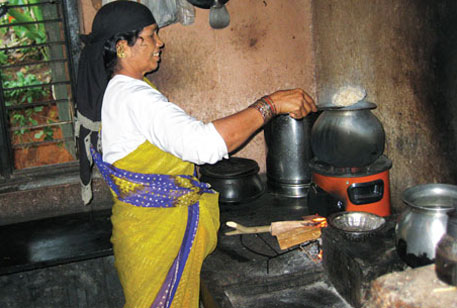 Former secretary with government of India (GOI), S B Agnihotri, pointed out that the rate of poverty eradication in India was far better than the rate of providing energy access to people. 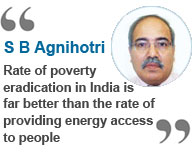 Despite several achievements on the economic front, millions of people are still using traditional cooking methods, which is detrimental to health, said Agnihotri.

There are several research papers that show indoor air pollution is major cause for high child mortality and morbidity among women and children. Controlling the high disease burden and mortality rate is now part of global human development agenda.

Whatever the global aspiration may be, the solutions have to be local, the retired bureaucrat emphasised.

Donee Alexander, programme manager with the Global Alliance for Clean Cookstoves, a non-profit organisation operating under the support of the United Nations Foundation, said more research papers have come out in recent times on the health impacts of air pollution and its contribution to global disease burden. These researches have sparked a debate, she said. 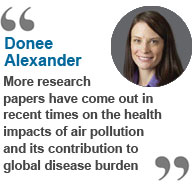 Anurag Bhatnagar, head of Grassroots Trading Network for Women (GTNW), promoted by Self Employed Women's Association (SEWA), said that the main reason of the debate is report of World Health Organisation (WHO), which said 4 million people die every year due to indoor air pollution and that India accounts for a large number of these deaths.

Now, the world community is looking to India for dedicated effort to change the situation, Bhatnagar said.

If India manages to tackle the problem, it will not only ease the global disease burden but also guide other countries, he added.

Carlos Dora, health policy expert with WHO, said the global health body was not admitting to the problem earlier because lack of evidence but now it accepts that air pollution as major source of several disease burden.