India to get 25 solar parks

Ministry of New and Renewable Energy to spend Rs 4,046.25 crore on developing the parks 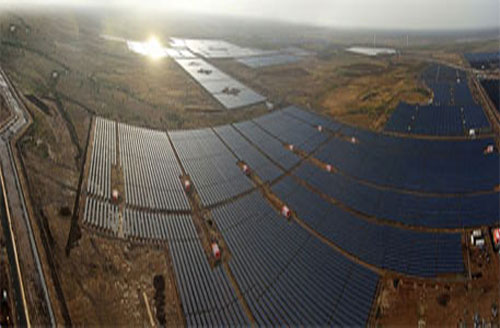 The Union Ministry of New and Renewable Energy (MNRE) has announced a scheme to develop 25 solar parks across the country. The solar parks are installations of multiple solar photovoltaic modules by different firms at one set location which provides all infrastructural facilities.

The capacity of each solar park would range from 500 to 1,000 megawatt (MW). So far, 12 states have shown interest in setting up solar parks with total capacity of over 22 gigawatt (GW). Tarun Kapoor, joint secretary, MNRE, told the Press Trust of India, “Mizoram could add its name to the list of interested states that have already agreed to host a solar park. We already have two solar parks, one each in Gujarat and Rajasthan, as models for the parks to be constructed.”

The ministry released a “draft scheme for development of solar parks and ultra mega solar power projects” in August 2014 and is yet to release the final version.

Piyush Goyal, minister of state (independent charge) for power, coal and new and renewable energy, said, “The estimated cost for development of a solar park would be around Rs 0.95 crore per MW and the capital cost of developing a grid-connected solar power project is Rs 6.91 crore per MW.”

If the said plans are actualised, India will have an installed capacity of 25 GW, which is more than what Jawaharlal Nehru National Solar Mission, with a target of 22 GW, aims to achieve by 2022. China, meanwhile, aims to achieve 100 GW of solar power capacity by 2020.

The move will be a shift from highly fossil-fuel-depended economy to a more renewable-energy oriented one. The decision of setting up solar parks clearly shows that the country is now focusing on more grid-connected renewable energy.