India to get medical devices parks 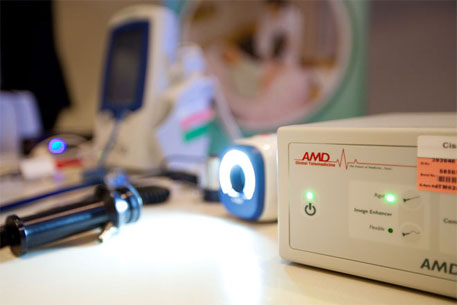 Just like the National List of Essential Medicine, citizens of India also need a list of medical devices that have a cap on their prices, says Ananth Kumar, Union Minister of Chemicals and Fertilizers. The move, according to the minister, will make the quality products affordable to masses easily.

While inaugurating a report prepared by task force and called ‘Recommendation of The Task Force on The Medical Devices Sector in India-2015’, the minister emphasised over the need of separate department for medical devices. For this, he has already written a letter to cabinet secretary.

Following the recommendation of the task force, the government is going to set up Medical Devices Parks in the country, and first such park will come up in Gujarat soon. National Institute of Pharmaceutical Education and Research (NIPER), Ahmedabad will be the nodal institute for undertaking research and development in the area. The recommendations are meant to promote domestic production of high-end medical devices and pharmaceutical manufacturing equipment.

At present, only 30 per cent of the country’s requirement of medical devices is met through indigenous production, and all that is of low-end category. The country is dependent on import for its most of the need. Taking all the products in category of “medical devices” together, India is importing around 69 per cent of its total requirement. The imports of high-end devices are much higher, going up to around 87 per cent for the category of medical electronics, hospital equipment and surgical instruments.

The recommendation includes creation of necessary bodies to drive the policies, including a facilitating body and an administrative department. The task force has asked for a preferential treatment for government procurement as that is the biggest purchaser of medical devices. They have also sought setting up of manufacturing hubs or clusters under public-private partnership and facilities for efficacy and safety testing.

To promote local manufacturing, the task force goes on asking change in duty structure including discounts on import duties, restrictions on import of second hand diagnostic equipment or tools. Regarding the pricing issue, the committee has asked to formulate the Medical Device Regulatory Act.

Regarding policy for pricing, the group has recommended separate price control order for medical devices and empowering of National Pricing Policy Authority (NPPA) for fixation and monitoring of prices under a separate vertical.

The task force, however, is silent on foreign direct investment (FDI) in medical device industry which has been core issue of the debate.

Rajiv Nath, forum co-ordinator of association of Indian Medical Device Industry (AIMED) said that policy makers will have to look into it soon. He, however, seemed satisfied from other recommendations made the task force.